How NFL mascots spend the offseason

Ever wonder what Rampage, the Rams' official mascot, does with his offseason?

Share All sharing options for: How NFL mascots spend the offseason

There's a story behind this picture.

I assume that Rampage, the Rams' mascot, and KC Wolf, which is for some reason the Chiefs' mascot, got into a little trouble at a party one recent Friday night. It was at the Lake of the Ozarks, which is like Sonoma for Jell-O shots, at one of the finer resort establishments. A group of salesmen gathered for a convention. In between breakout sessions, mascots from the state's pro sports teams entertained them.

Lines were done. Strippers gyrated to the mix Larry, Monsanto's lead salesperson in 2009, made for the event. The next morning they found FredBird floating belly up in the pool, choked on his own vomit. There were other things floating in the pool. Rampage and the Wolf pointed the fingers at each other.

And here we are. 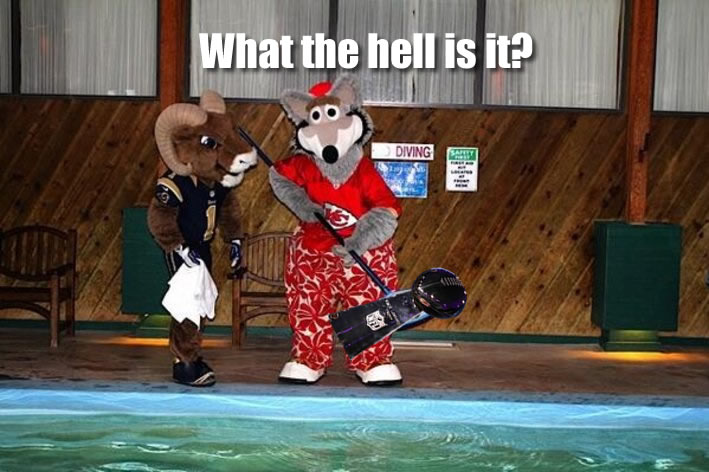