It's pretty safe to say DeAndre Hopkins is a fan favorite around these parts. Given his skill set, it's pretty understandable to see why. But is he the receiver we've been hoping for? Here is a breakdown of his play.

Speed: Hopkins is another receiver who had a slower combine time than expected, but Hopkins has the speed to stretch the field. Not only is he fast, but he is explosive off the line. He doesn't have elite speed like Tavon Austin, but he's more than capable in this regard. Displays excellent burst. 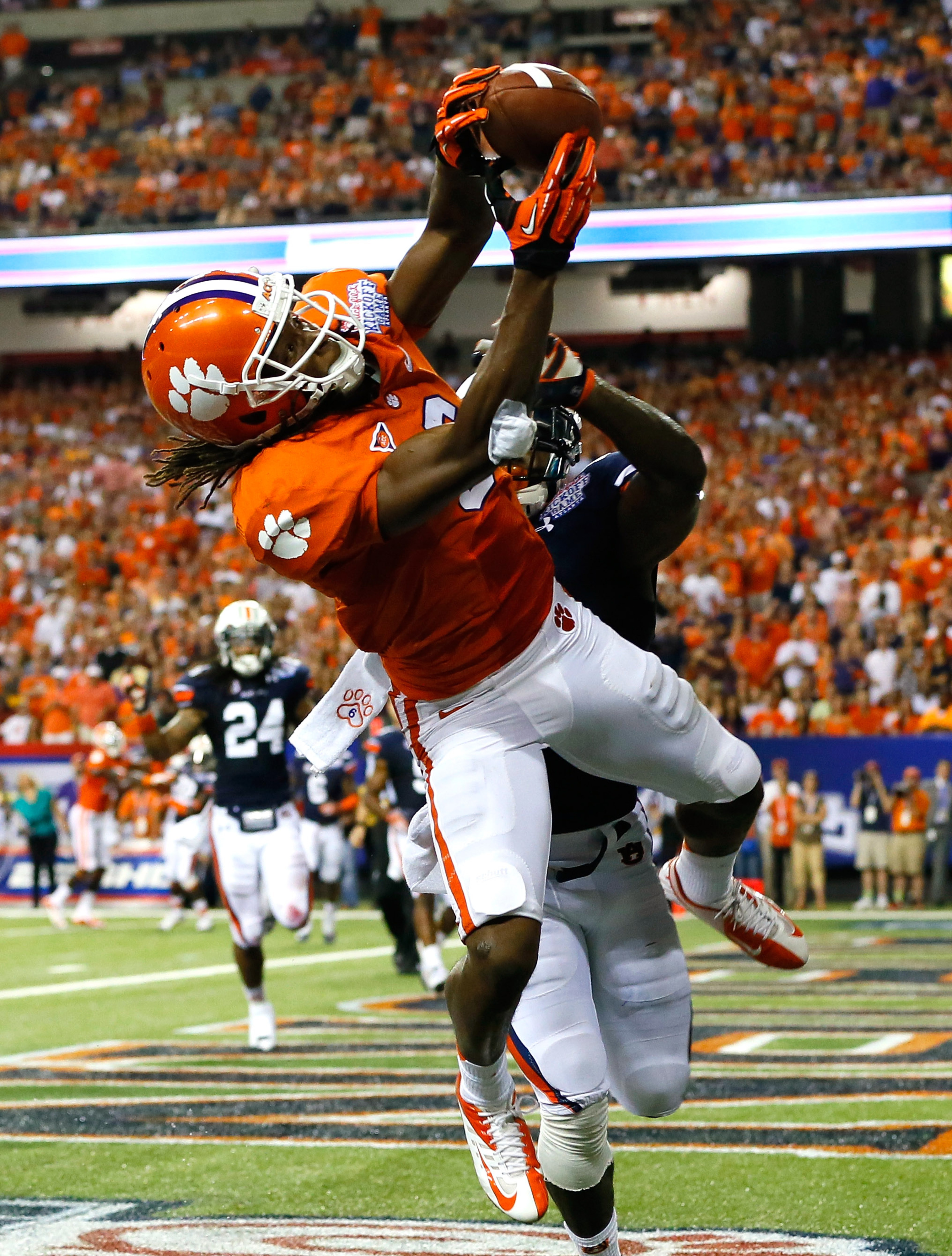 The Clemson receiver had an impressive 2012 campaign:

Physicality: Hopkins is an incredibly physical player. He plays with an edge and wants the ball whenever possible. He's a capable run blocker who has displayed a physical edge as well in this regard.

Intangibles: Impressed the Clemson staff with his work ethic in the offseason. He has a lean frame but has room to add muscle; this shouldn't be a problem if he continues to be mature about his football goals.

Body Control: Fluid athlete. He catches the ball in stride and does a good job of translating that into yards after the catch. Can create separation with head fakes and quick moves- good with double moves as well. Attacks the ball when thrown to him.

Strength: Hopkins has bulked up recently, but still needs to prove he can defeat veteran NFL cornerbacks with his hands, not by dancing around them. On occasion he is too much of a East-West runner, needs to head downfield instead of looking for the home run.

Elite Athleticism: Hopkins is fast, physical and displays some good body control, but he isn't a freak athlete.

He's a mature player who takes pride in his play

Hopkins is an impressive prospect. He dedicated himself last offseason to becoming stronger on the field, and you can tell it paid dividends. He's a mature player who takes pride in his play- he wants the ball in his hands and is always looking for more.

He attacks the ball and is very physical both as a blocker and as a receiver and is more than willing to initiate contact and get the ball in contested situations.

He doesn't possess elite athleticism, but he's crafty and smart enough to get open in most situations. If he can eliminate his focus issues, he'd be a fantastic selection in the late first or second round.