Adding Jared Cook offers the Rams versatility that's been lacking in the past.

Share All sharing options for: Jared Cook - The Missing Piece

Jared Cook offers the St. Louis Rams versatility that's been lacking in the past. Signing Jared Cook doesn't fill a specific position, but rather a role - play-maker/deep middle attacker. Cook not only adds flexibility, but also allows the Rams to be creative with their personnel groupings.

11-personnel calls for 1 RB, 1 TE, and 3 WR's to be on the field at once and was a staple in the Rams offense last year. The recipe for making a great 11-personnel grouping is three capable receivers (including a Z who can take the top off), a versatile tight end, and a dual threat running back. Last year the Rams were missing a vital ingredient.

Teams are going to 11-personnel groupings more and more in order to create mismatches. Although 11-personnel calls for three wide receivers on the field at once, it's not strictly a passing formation. Having three wide receivers on the field forces defenses to either add a defensive back, likely making it easier to run the ball; stick with a linebacker, resulting in a mismatch in the passing game; or do some combination of the two by substituting according to down and distance. The offense should be able to exploit the defense no matter which defensive personnel grouping they elect to put on the field. If the defense adds an extra DB, the offense runs the ball and vice versa.

In addition to creating mismatches, when teams come out in 11-personnel it allows QB's to make effortless run/pass reads. A player like Chris Givens will almost always command two defenders with his elite speed. Add the defenders Givens commands with two to three more defenders to cover any combination of Jared Cook/Brian Quick/Lance Kendricks and the QB can quickly discern whether it would be favorable to run or pass.

Cook's versatility will allow the Rams to come out in 11-personnel and have him split out as one of the three wide receivers, or have him as the inline tight end adding to the offensive possibilities for the Rams. The advantages swell if Cook is a willing blocker. 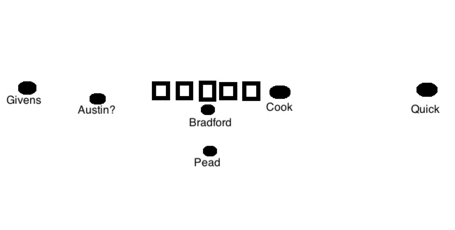 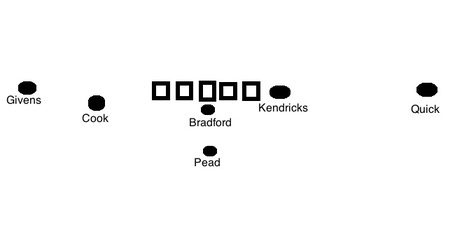 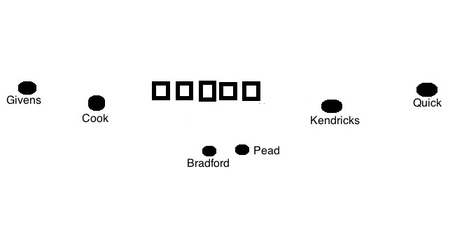 Those are just three examples, but the possibilities are endless. With Cook, Kendricks and Quick all on the field at the same time, Sam Bradford will have three players over 6'3 with large catch radiuses (or radii, if you're picky?) and sufficient speed. Scary. Or the Rams could elect to allow Cook to fill the TE role in the 11 grouping and add another wide receiver. Resulting in a grouping that could include WR Chris Givens/WR Brian Quick/WR Tavon Austin/TE Jared Cook. Also scary.

The Rams base offensive personnel last season was 11-personnel, but in order for it to be effective you have to have the right pieces; Jared Cook was the missing piece.

Be sure to follow @TurfShowTimes for non-stop Rams talk and @HawkWayOfLife for dialogue on topics ranging from cats to Craig Dahl.