The Brains, The Money and The 'Stache - Jeff Curry-US PRESSWIRE 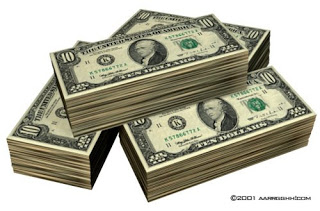 The 2013 NFL Free Agency period begins on Tuesday, March 12 at 4:00 pm EDT. This update presents the Rams current available cap space situation as of Monday, March 11. It also looks at how cap space can be created through restructuring of contracts and who the Rams may be targeting in the free agency market in the upcoming weeks.

A couple of newsworthy events occurred this past week that affected the Rams salary cap position. Neither event was unexpected. The first involved Steven Jackson voiding the last year of his contract and becoming a free agent. The remaining 7 million of his contract is now officially off the books. The second involved the cutting of Wayne Hunter from the roster. His cutting saves the Rams 4 million in salary and increases the available cap space by the same 4 million. In addition, on the weekend, the Rams re-signed Exclusive Free Agents Mike McNeill and Tim Barnes to contracts (555,000 and 480,000 respectively). These two signings lowered the Rams available cap space by 1,035,000.

In my March 3 update I presented information regarding salary cap terminology, calculations and the two available means of creating additional cap space (restructuring and cutting players from the roster). (Please click on link)

The remainder of this article is devoted to taking a more in-depth look at the restructuring of contracts and lending insight into which players the Rams may pursue in free agency.

For the purposes of illustrating how restructuring can work, I have included a couple of contracts as examples: those of James Laurinaitis and Quintin Mikell.

At present, the Rams have 14,831,165 in available cap space. It was noted in the last update that the Rams will need, in my estimation, 9 million to sign this years rookie class and have a reserve to begin the season. The Rams would have to cut players and/or restructure contracts in order to increase the notional 5.8 million in remaining cap space. Laurinaitis' contract is a good example of how restructuring can increase cap space.

The table contains an 11 million fifth day of the 2013 league year roster bonus (now fully guaranteed) as a cap hit for 2013. This bonus will officially be counted against the cap as of March 17, 2013. Before that date, the Rams can choose to convert some portion (up to all) of the roster bonus into a signing bonus, which can be spread equally over the remaining years of his contract. The table below shows the results of this conversion (using the maximum amount possible-all 11 million).

The net effect of restructuring his contract would be an additional 8.8 million in cap space created for 2013. I believe his contract was originally structured to give the Rams flexibility, while at the same time front-loading it and using the pay-as-you-go approach favoured by Kevin Demoff. This restructuring, while creating cap space, also back-loads more of the contract, which in turn can have negative effects on future cap space and dead money.

As noted, Quintin Mikell will be cut by the Rams today. The salary cap savings will be 3 million for 2013. Many will wonder why there is only a 3 million cap saving when Mikell had a 9 million cap hit for 2013. The reason for this is the way his contract was structured by the previous regime, when he was signed in 2011. The contract included a signing bonus of 4 million and an option bonus of 8 million. The Rams chose to spread each of these bonuses out equally over the life of the contract. In addition, the Rams back-loaded his salary to the 2013 and 2014 years. Below is the contract in its entirety:

Who will the Rams pursue in free agency?

Given the Rams available cap space at present (and the opportunities for restructuring and cutting players from the roster) the Rams do have flexibility regarding who they may pursue during the free agency period. This article in NFL.com might give clues regarding the WR position and who the Rams may be pursuing. ( Victor Cruz, Danny Amendola and Greg Jennings). (click on link)

Recently, Eric Nagel posted an article regarding economics in the NFL (click on link):. It quotes Kevin Demoff in regards to how free agent dollars might be spent:

If you have $8 million to spend in free agency, you might be better off spending $7 million on one guy and $1 million on the other than buying two players at $4 million.

This might be something to bear in mind as the Rams move into the free agency period. Below is a small list of players that exemplify both ends of the spectrum, as set out by Demoff:

Please vote in the poll and share any ideas you may have. Your comments and opinions are always valued and appreciated. Thanks again Eric!

What strategies should the Rams pursue during the free agency signing period???