The jersey says "Jackson," but it doesn't look like Steven Jackson.

Ever wanted to know what Steven Jackson would look like in a Falcons uniform? Well, this isn't it.

As part of NFL.com's ongoing attempt to muscle out competitors, the league's official media outlet put together some photoshops of free agents in new uniforms. Unfortunately for Steven Jackson, they left out his dreads and about four inches of height. 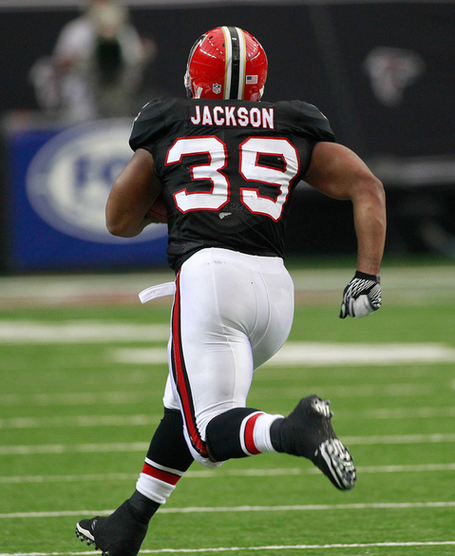