Predicting West Virginia WR Tavon Austin to the Rams is gaining steam. Let's take a look at why.

Share All sharing options for: 2013 NFL Draft: The Case For Tavon Austin

The Rams desperately need playmakers. Keeping pace is critical when trying to compete in the NFL where teams are getting faster, quicker, and more explosive every year. Drafting Chris Givens last year was a step in the right direction. Nevertheless, the Rams still lacked dynamic scoring potential. Tavon Austin is one of the few players in the draft could step in day 1 and make an impact.

As Bernie Miklasz pointed out this week, an NFC rival was recently quoted at the combine concerning the Rams big play ability:

"The Rams are tough and physical, but they don't have a big-play receiver and they aren't a threat to break long runs. And we're hoping it stays that way."

Also as Bernie noted, the Rams offense took its time when scoring. The Rams averaged 8.45 plays per scoring drive - 27th out of 32 teams. More plays equals more chances for mistakes.

"In the NFL, it's all about matchups, and this young man is a matchup nightmare."Mike Mayock

He would also change how teams have to gameplan for the Rams offense. Tavon Austin has elite speed and forces teams to keep a safety deep. He is already a strong route runner and possesses a quick release off of the line.

He is a difference maker.

I'll be shocked if Austin isn't an impact player RT @jceincMort, any chance Tavon has success in the NFL?

Building to Win Within The Division 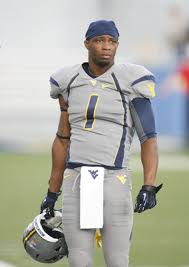 Austin's press conference at the 2013 NFL Combine left no doubts that he feels confident of his gamebreaking ability.

The NFC West is loaded with big physical corners:

The shifty Tavon Austin would provide an interesting matchup problem for teams within the NFC West. Take it from Mike Mayock:

In the NFL, it's all about matchups, and this young man is a matchup nightmare.

Les Snead and Jeff Fisher have constructed this team to win within the division - last years divisional game performances were proof of that. Tavon Austin would help the Rams compete in a division teeming with large talented corners.

The Rams average starting field position was the 23.72 yard line which ranked last in the NFL. Tavon Austin would make an immediate impact in the return game. When he was asked at the combine about being dangerous in numerous ways, he didn't hesitate on the question:

"I think so...I think I'm the all-around best player in the draft. A lot of teams are looking for that type of player to do multiple things on the field, and I think I'm that guy."

Danny Amendola is the unaccounted for wildcard in all of this. The Rams have said that they won't franchise Danny - the franchise number for wide receivers is expected to be upwards of $10 million. And reports suggest that the Rams and Amendola are "far apart."

Tavon Austin is dynamic, and dynamic is just what the Rams need.