The most important draft profiles you will ever read.

Share All sharing options for: The Turf Show Times Combine

The NFL draft will always have those obvious superstars that end up having great careers and end up in the HOF. There are even more however, that end up being busts or career backups. The task for NFL GM's and coaches is to find a star, while trying to find that diamond in the rough.

It doesn't get any rougher than these prospects. 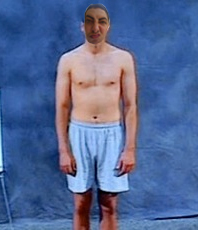 Joe is one of the biggest mysteries in the Turf Show Times combine. Raised by a frontier woman from Louisiana, groomed by a man from Chicago, he understood confusion at a young age. A natural athlete, he lettered in three sports as early as his sophomore year, but deciding he would rather drink and cavort in college rather than spend all year working his ass off to be some bottom of the roster knee-sniffer, he made a wise choice to retire from formal athletics. That choice, sopping in wisdom, would be offered a foil when he joined the Army after graduating from
college. Two tours to Iraq later, he arrives at the TST Combine too old, too out of shape, and way too interested in braising, smoking and grilling meats. 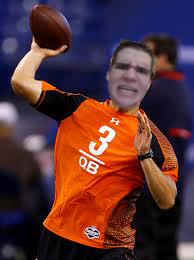 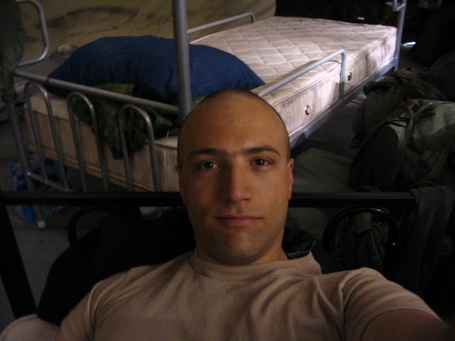 A military brat, raised around the Navy, Joe has a unique appreciation for our country. He spent the majority of his childhood in the deep south, where watching and reading Gone With the Wind is a rite of passage, and where anything and everything is fried. Joe has traveled the world on the taxpayers dime, having spent time on every continent expect the Arctic.

Joe's hobbies include hiking, bow hunting, sky diving, and reading the labels on cereal boxes. One of Joe's favorite pass times is driving and working on his 78' Jeep CJ7. You can always tell when Joe has been somewhere by the large pools of oil and transmission fluid on the ground. 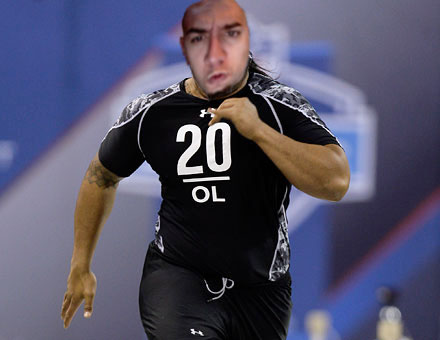 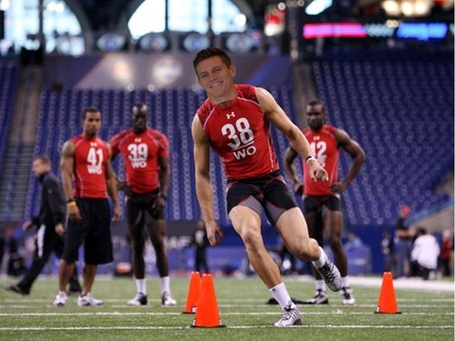 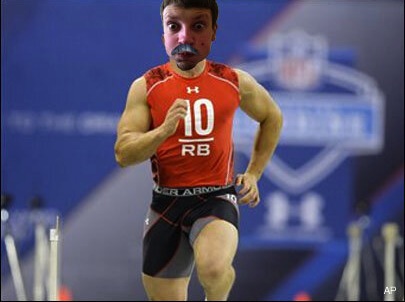 Standing at 5'11", weighing 178 lbs, this University of Nevada Running Back/Safety/Wide Receiver/Offensive Lineman has turned some heads leading-up to the combine. He has been described as a rhinoceros with the speed of a butterfly. He has taken the Wonderlic, STD, Litmus, and Paternity tests - most of the results came back as "positive". His best 40-yard dash time came in at 5.12, setting a new Russian Federation record, previously held by Scottie Pippen. His vertical leap of 12 inches has, in fact, proven that he's white. Sergey can easily bench press 100 lbs, a benefit of taking HGH for 13 years while residing in Chernobyl.

The background of Sergey is what makes him a unique prospect. He was on the bowling and tennis teams in high school, which clearly demonstrates that he can perform under pressure. Growing-up in Alaska, it only makes sense that he is a St. Louis Rams fan.

Keep an eye out for this White Russian as the Rams are strongly considering drafting Sergey with their 6th round pick. 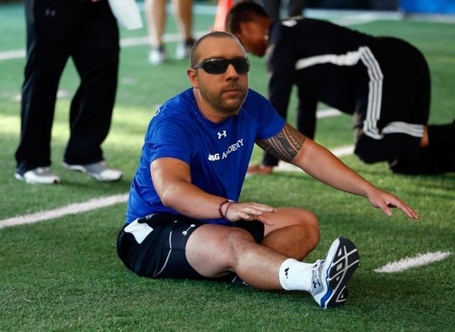 Inspired by the success of former Rams' great Kurt Warner, Brandon Bate - Senior Vegetable Technician at Shoppers Food Warehouse - decided it was time to stop accepting checks, and start cashing big ones. Knowing that he was "Ballin' on Another Level" [at least according to the tattoo on the small of his back] Brandon knew the time had come to start receiving footballs...not yucca root. His mom dropped him off at the NFL Combine in Indianapolis. The results were as follows: 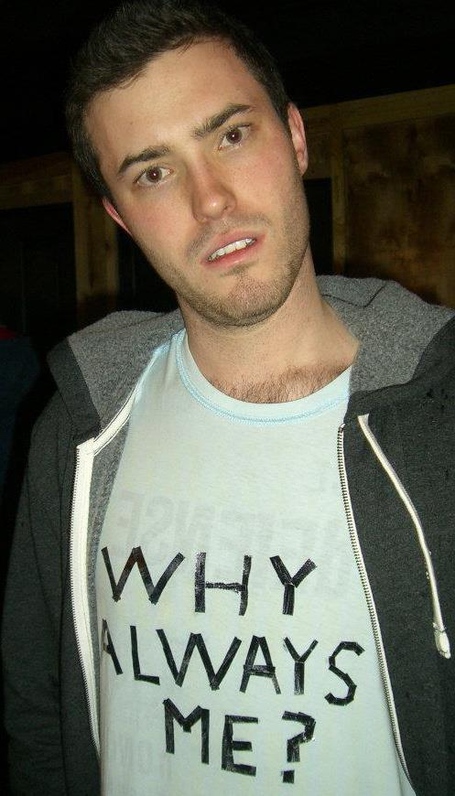 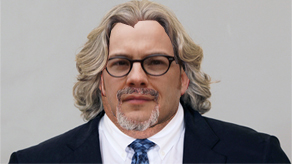 Wing Back - Univ. of Wyoming

Van Bibber may be the most enigmatic participant in the TST combine. Were you to be told Wyoming was the most hipster college in 2013, surprise should not be one of your first reactions. Were you told that Van Bibber attended said institution some time ago...well, if you have trouble acknowledging others' foresight, that's your problem. An assiduous writer, Van Bibber often writes content without even being aware he's doing so. Once wrote a 4,000 word piece titled "Here's What Happened While You Were Asleep" while asleep.