Suns set, clouds part, and seasons end... The St. Louis Rams didn't have a great game against the best team in the NFC. In fact, it was marred by moments when referees threw three and four penalty flags at a time, with different infractions for each. It reminded me of the Rams - Carolina game, when Chris Long was ejected during a volatile turn of events. This time, defensive tackle Kendall Langford was shown the door to the locker room, after accidentally brushing against a referee's hat. No, that isn't fan homer-ism saying this, it's absolutely true based on replays.

The game stage was set, and it featured two very physical defenses. What separated the two teams was a back up quarterback for the Rams coming apart, and the Seattle secondary being second to none in the NFL. The lack of a run game hampered Jeff Fisher's Rams. Zac Stacy - the hero of late who revived faith in the Rams' running attack - was held to  15 yards on 15 carries. But it was erratic throws by Clemens that sealed the Rams fate, and some of them were complete horror show tosses.

I'll be writing up a in-depth piece on the Rams in the next few days or so. Until then, I'm going to skew this overview a bit, and blend observations of this game, and those I have of certain players or coaches in the broad scheme. But before I begin, let me give you this little thought about NFL referees this season... 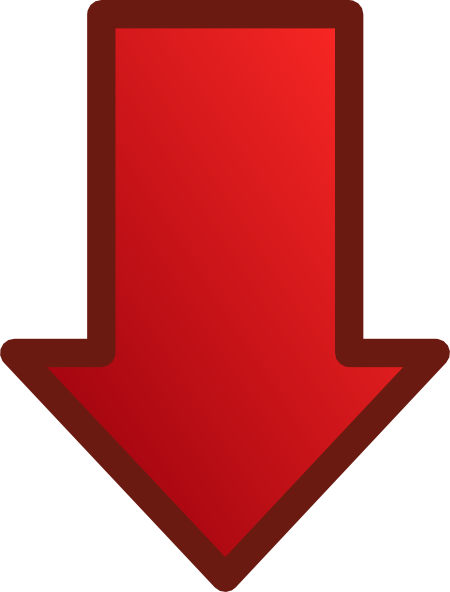 The NFL is in deep trouble with its current officiating crews. The referees for the Rams - Seattle game were so absurdly bad, that they manufactured a grievous, player disqualifying penalty out of thin air. I guess the replay booth is something they didn't want to check when Kendall Langford - completely by accident - brushed a referee's hat, causing it to fall off his obviously pointy head. The replay screen in the stadium showed it too, but a referee's hat is a sacred thing I guess? But this wasn't all, as they officiating crew began throw flags for aggressive play, but they seemed to only see the Rams doing anything untoward? Did the Rams get out of hand at times? Yes, and it's something Jeff Fisher needs to get a handle on, or this team is going nowhere in 2014. Yet, the singular nature of the unsportsman-like conduct penalties leveled against the Rams, with no forethought as to how they began or were initiated, marked this officiating crew as one of the worst I've ever experienced.

Both teams were out of line, and the Rams suffered from their youth at times as they didn't seem to be able to control themselves as professional athletes. The 12 penalties for 87 yards doesn't tell the tale of just how many flags were thrown during this game. At one point, four penalties were called on the Rams - all different - on a single play. Seattle had their penalty moments too, but nothin - NOTHING - compared to what was leveled on the Rams.

The St. Louis offensive game plan was growing into something the last four weeks, or at least I thought it was before today. The game plan against the Seahawks centered around the run game, which is fine. But if it isn't working, it may be time to mix things up. While it's true Kellen Clemens' performance today wouldn't inspire anyone to think he could've been an option when the run game was shut down, there had to be someone on the Rams' sidelines who could come up with something, right? Even if it's short, two or three yard passes to at least make a defense think or shift, it would have been better than battering Zac Stacy against an immovable wall of Seahawks, led by nose tackle Brandon Mebane. The Seattle nose tackle beat up Rams' center Tim Barnes, and that isn't an understatement. What's more, the offense spent so little time on the field, the Rams defense began to wear down.

This doesn't necessarily fall on Brian Schottenheimer's shoulders exclusively. It was readily apparent Jeff Fisher's "run-run-run" fingerprints were on this game plan.

Doubt me if you want, but I was utterly proud of the Rams' defense in this game. I really wanted Robert Quinn to get the quarterback sack title, and win the first ever Deacon Jones Award. But it wasn't to be, and I can live with that and the stellar year Quinn had in 2013. Chris Long had a great game, as did Michael Brockers and Kendall Langford - before his incredulous departure. On the same field with the best defense in the NFL, in the first part of the game they looked down right even. Yes, Golden Tate had his 129 receiving yards and a touchdown, but most of his yardage happened later in the game. Trumaine Johnson is going to be a star at corner back. If the Rams draft another big defensive back in the 2014 draft, their nickle package is going to be scary. The Rams safeties played well, and are so young it's flat out wrong to even begin to judge their capabilities. This defense is one or two pieces away from being not just top 10, but in the argument for the best in the NFL in coming years.

This one is all about yours truly, so bare with me, OK? I try to observe as best I can, and refrain from observations until I think there's reason to believe my thoughts are true. Before this game, I pondered about the importance of winning before going into that long, sad silence called the NFL off season for the Rams. But I failed miserably to assign the same thought tree to you: TSTers and Rams fans. I only realized this when the game was over, and lamented not having a warm fuzzy feeling to carry me through until the NFL Draft in 2014. I wandered back into the comment threads, and could see an unrequited tone permeating your observations, and I felt I'd failed to at least try to prepare myself, and you all, for what ultimately happened in the game. It may be ego on my part, but one thing I've always attempted to do is to at least temper or shift expectations into a manageable zone. This is a fan site after all, and we revel or bleed as one. I hate bleeding of any kind, and my hedonistic tendencies are right up there with the best of you. All week, I wrote fiction pieces and an absurdly long Mock Draft, instead of dissecting one of the best teams in the NFL so we'd all have a better idea of what to expect. Our Rams played hard and lost. But I can't help but think I  let you all down... For this, I give you my heart felt apology.

There's more to come over the next few days and weeks on the St. Louis Rams of 2013. We'll be sliding right into slicing and dicing our favorite team all the way to the NFL Draft in 2014. Every spec of news that tumbles out of Rams Park is going to hit this front page like a lightning bolt because that's what you've come to expect from us here at Turf Show Times. So if you're thinking you can log off until next season, think again. The St. Louis Rams of 2014 starts here, and it begins NOW!