Almost. Jake Long almost made it through the season without a serious injury. But much to my dismay, he tore his ACL while working on Adrian Clayborn during the first play of the game. That one moment spawns a contingency of 'What if's?' about the Ram's offseason. What If Long isn't back to 100% by next season? What If he's never the 'Jake Long' we signed him to be? What if he's only got a year or two left in the tank after this injury? Let's enter the rabbit-hole and see what could be.....

While sweat beads on the forehead's of various NFL GM's, Les Snead remains calm and collected. Why? Because he and Jeff Fisher know they have a young, talented squad that is a few key players away from a championship. Sitting at #2 and #14 overall, there is ample opportunity to trade down and accumulate more picks. Les Snead is already about to pull the trigger on a trade.

Roger Goodell, the pawn of the anti-christ Bill Belichik, strolls to the podium. "With the 1st pick in the 2014 NFL Draft, the Houston Texans select Teddy Bridgewater, Quarterback, Louisville". Les Snead smiles smugly, his plan is being set in motion.

A trade is made. Believing they are a dominant pass rusher away from a Super Bowl berth, the Atlanta Falcons give up the #6, #37 and a future #1 in return for the Ram's #2. Yes, Clowney requires that kind of price tag. After Clowney receives his jersey, picks continue to rattle off.

Pick #6 finally rolls around. Here, Snead appears to have options. Some think he elects to trade down again, but his plan is about to come to fruition. Because of the question mark surrounding Jake Long's ACL, Snead was forced to make this calculated risk to trade down and still get the top tackle in the draft. 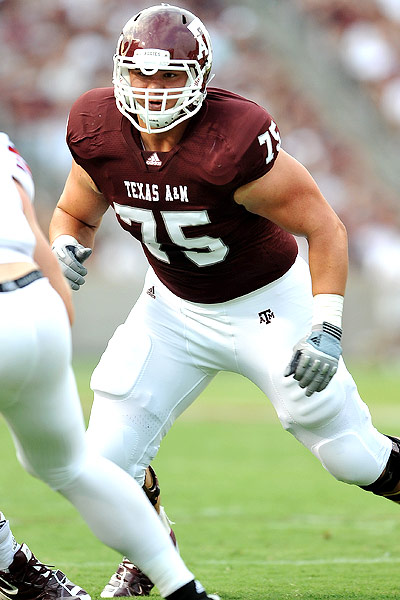 Goodell once again strolls to the podium. "With the 6th pick in the 2014 NFL Draft, the St. Louis Ram's select Jake Matthews, Offensive Tackle, Texas A&M". Ram's fans accept this. They cope. It's bittersweet but they know it had to be done. Many wanted to trade down again, but circumstance forced Snead's hand. The pick is probably a good one, the tackle position is solidified for years after Long comes back, regardless of whether he is back up to his usual standards or not. Matthews has the build and technique, along with an elite pedigree. The draft continues...

Ah, pick #14. Having already acquired an additional pick, Snead and Fisher jump at the opportunity to nab a player that will make a difference from day 1. 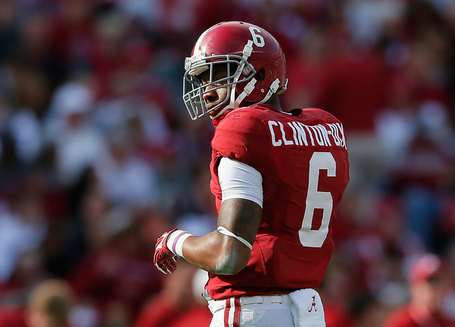 "With the 14th pick in the 2014 NFL Draft the St. Louis Rams select HaHa Clinton-Dix, Safety, Alabama". There;s no denying that HaHa is the best safety in draft and we desperately need someone alongside TJ McDonald. Future Impact Player right here.

The Draft continues into the 2nd round. With Cyril Richardson being the only guard selected ahead of the Ram's #37 pick acquired from Atlanta, Snead and Fisher contemplate which direction to take. Do they take a guard to fill the hole left by Harvey Dahl (assuming Dahl and Wells are gone and Saffold is resigned)? Do they take a corner? Do they take a Defensive Tackle? 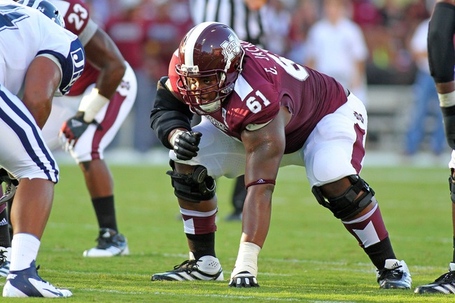 This 6-4 333lb mountain of a man fills in a glaring hole in the offensive line. Jackson has a strong punch and drives defenders off the ball in the running game. In just the first two rounds, Snead and Fisher have built an offensive line that Zac Stacy can run behind for a big sophomore season. Let's continue deeper.... 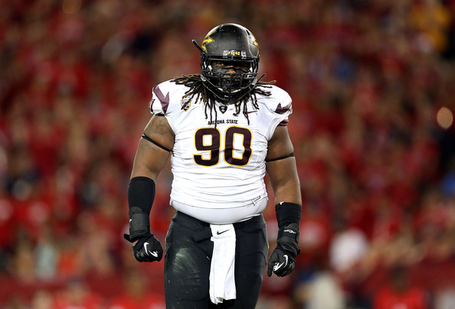 Don't lie, Sutton looks like a chubby version of Predator. Sutton is a disruptive interior pass rusher that is quick off the snap with good pad level. Adding a dangerous pass rushing DT like this is perfect for TIm Walton's scheme of interchaning lineman so that they can always be firing at 100%. Onto the third... 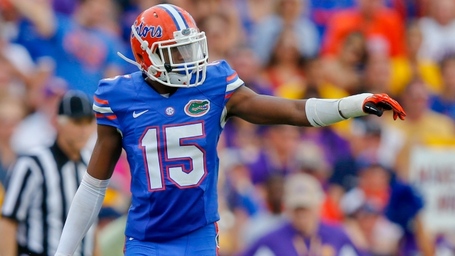 Some may argue that Purifoy goes in the second. Some argue the third. I'm in the third round camp myself, believing that the depth at corner in the draft and his off-the-field issues let him drop. A big, physical cover corner, Purifoy adds some more attitude and talent to our young yet promising secondary. The plot thickens... 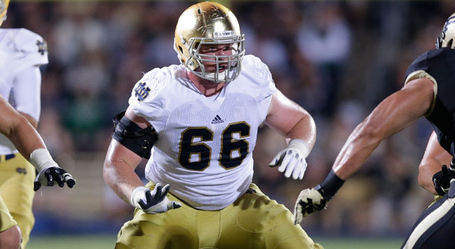 Well, somehow we've gotten this far. All major holes are filled so we can go for depth with the best available. Watt has average strength and technique, but a high football-IQ and he's tough to boot. Fits the mold of the mid-round lineman that Fisher loves to coach up. 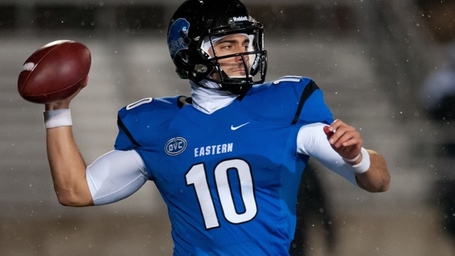 The local favorite here would please both the Sam-Hater's and Sam-Lover's. A QB with all the right tools but a bit of Brian Quick syndrome from playing against sub par talent. This guy could be groomed and polished as the backup and maybe even traded away like Matt Cassel if Sam has the breakout year he should. 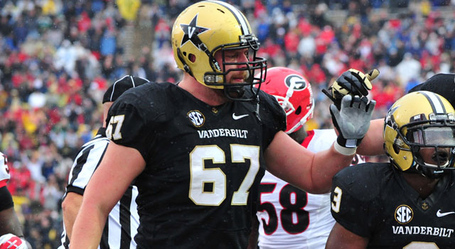 Things get tricky to predict this far back in the draft. Just for depths sake, I see us taking a lineman here. Johnson is a bit of the same deal as Watt, someone with the tools that Fisher could coach up. 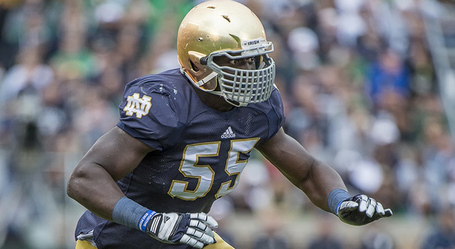 While having a myriad of off the field accusations (rape being among them), Shembo is a competitor that adds good depth to our linebacking core. Could develop into a starter.

And on May 10th, the draft ends. Snead and Fisher walk out triumphant, having added more talent while filling needs. The Ram's continue to go to the playoffs in 2014, and the Super Bowl in 2015. That is all.