After losing close games in back-to-back fashion in St. Louis, the Rams will travel to Indianapolis in Week 10, where they’ll take on the 6-2 Colts.

Vote For the Week 9 Pepsi Next Rookie of the Week: NFL.com

The Rams’ running back who you probably figured would be 3rd on the depth chart at this time of year, just put up his 2nd 100+ yard performance of the season….in back-to-back games. It’s probably worth a few seconds of your time cast your votes [meaning multiple votes for him].

Zac Stacy is the wild card in this group. The Rams drafted him in the fifth round out of Vanderbilt and lots of people thought he could step in and make a difference for St. Louis. But he was buried on the depth chart behind Daryl Richardson and Isaiah Pead. Those guys couldn't do much, Stacy stepped in and he's crushing it.

Some might say "it’s never too early to mock draft." That rings true when aspirations of a winning season - and chance at a playoff berth - slip away. For the first time, in some time, it appears the Rams’ 1st pick in 2014 will be their own…and not of a Redskins’ squad, who have the easiest strength of schedule in the last half of 2013. How do you like these mocks?

Jake "The Snake" Roberts Isn’t Biting On The Rams In Week 10: CBS Sports

The beautifully-mulleted, WWF snake-handler doesn’t have much faith in the Rams in Week 10, but his counterpart in this weekly feature - Dave Richard - does. He smells an upset for a Rams team who find themselves nearly 12-point underdogs.

At 3-6 and without starting quarterback Sam Bradford, a 2013 season the St. Louis Rams hoped would be another step in a positive direction has left them stuck in the mud. The Rams have always viewed 2014 as the year they make the leap back into legitimate contenders, but they probably didn't think this year would come without more definitive progress.

* Midseason Report Card for the Arizona Cardinals
* Midseason Report Card for the Seattle Seahawks
* Midseason Report Card for the San Francisco 49ers
Rams’ Williams Hayes Smashes Mirror in Locker Room, Cuts Arm: Pro Football Talk
Rams defensive end William Hayes was upset after Sunday’s loss to the Titans. So he walked into the locker room and punched a mirror.
Signature Stats: Yards Per Cover Snap: Pro Football Focus
This one’s not pretty. PFF ranks a cornerbacks ability to prevent - or allow - yards per snap. One Rams’ DB ranks in the bottom 15, and is allowing opposing QB’s a 120.3 rating in doing so. Can you guess which one?
PFF’s Midseason All-Pro Team: Pro Football Focus
You can only beat what is in front of you, and nobody smells blood in the water like Robert Quinn. He’s feasted on poor tackles to the tune of 46 quarterback disruptions…
Langford Comfortable, Productive In Second Year In St. Louis: St Louis Rams’ Official Site
When Kendall Langford joined the Rams in 2012 following four seasons with the Miami Dolphins, the transition included more than geography. Langford started 54 of 64 games as a defensive end in the Dolphins’ 3-4 defense, but moved to the tackle position in the Rams’ 4-3 scheme.
Injury Report, Bradford Surgery, and Rookie Rollin’: St. Louis Post-Dispatch
Four players - running back Zac Stacy (foot), tight end Lance Kendricks (finger), guard Harvey Dahl (knee) and quarterback Brady Quinn (hip) - did not practice Wednesday and are on the team's initial injury report of the week.
NFL’s Week 10 Super Chart: Football Nation
Need help with your Week 10 pick ‘em predictions, or fantasy football advice? Football Nation has one big chart featuring everything you’ll need to know…including a their bottom five teams, and their weekly "lock," which they’ve accurately predicted for nine straight weeks… 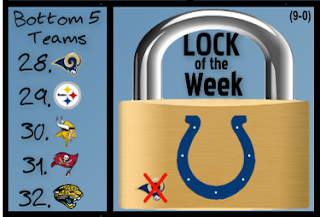 Sammy Watkins is picked at 10th overall. It’s great news for the Raiders. Opposite side of that pick, the Rams bolster their defense, on both the front and back end.