This game matched two similar teams, and it was the tale of two distinct half-s of play. The first half saw the Rams use penalties - on the Titans first offensive series - to account for a third of the yardage on their touchdown romp. From that point on, the first half was all Rams. In the second half, St. Louis was sheered by Chris Johnson as he rambled for most of his 150 rushing yards and two touchdowns. The Rams' defense looked like two different units. In the first half, St. Louis sacked the Titans' Jake Locker four times. From that point on, the Tennessee offense awoke, handling Robert Quinn and Chris Long off the edges. The Titans' offensive line began to open huge holes in the Rams' line for Chris Johnson to flash through.

It's not all on the defense though. They spent far too much time on the field in the second half, and the first half surprise of the day - Kellen Clemens - unraveled. His key fumble after an interception by the Rams' Rodney McLeod pretty much sealed their fate. This was by no means a bad game, but the outcome left me queasy... Let's take a look at five of my takeaways from the game...

What's happened to my favorite Rams' facet: The Defense. As I mentioned earlier, the first half had me smiling. But that all changed after halftime. Kendall Langford had a great first 30 minutes of play, then dissolved. Michael Brockers was steady, but unremarkable. Robert Quinn was active, but had little to show for it, as did Chris Long. The second half saw the Titans rule the running game, charging up and down the field. There was little help from the Rams linebacker corp, who seemed to be all but invisible if not for James Laurinatis' first half sack. The secondary allowed passing zones that should have been closed or tightened.

The idea of running the ball in the red zone dawned on Brian Schottenheimer. The first two Rams' rushing touchdowns of the year crossed the goal line. Then for some odd reason, his machinations on how to WIN a game,  - and not hold onto it - came into play. While it's true Zac Stacy had a great day, it doesn't explain why the passing game became so pedestrian. The Rams were flashing the ball around the field, then kind of went into a protective mode I really don't understand?

Cortland Finnegan is older than I thought he was, even with his interception of a Jake Locker pass. He was confounded and close to embarrassed at times. out of position, he was beat badly several times. He looked slow, and by that I mean SLOW. I honestly can't see a reason why Jeff Fisher doesn't move on to other players at the nickle corner back position. I think it's time to develop the young players like McGee, since there's very little chance the Rams will keep Finnegan at his high salary.

Rams' penalties are making me ill. Yes, by and large, young teams are more penalty prone. I get it. But the number and type of penalties St. Louis uses to shoot itself each week are mind numbing. I truly think Ray Ray Armstrong is a talented kid, but when was the last game he made it through without having something called on him? Tripping by Chris Williams? Really? It seems like Jermele Cudjo gets a personal foul every game? Off-sides, false starts, holding... Yada, yada... This is a direct reflection of how these young players are being brought along. They need to be taught how to THINK! 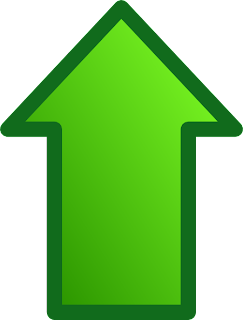 Zac Stacy is the guy the Rams have been searching for at running back. There's simply no denying how talented this former Vanderbilt and SEC star has been so far. Today, he had 127 rushing yards, 51 receiving, and two touchdowns. His first score was the first time a Rams running back had rushed for a touchdown since back in Week 16 of 2012. he's the ONLY running back on the Rams roster with a touchdown at all. he's sewn up the starting job for the rest of the season, and at this pace, the Offensive Rookie of the Year award too.