The Rams defensive end is no stranger to internet awesomeness. His brother Kyle revealed a whole new angle on Chris' web savvy.

Few have mastered the art of Twitter as well as St. Louis Rams defensive end Chris Long. His patented %controversy has made him one of the best follows out there. So, it should come as no surprise that Long is also a fan of the internet meme, and a very specific one.

Chris' brother Kyle explained on a conference call with what must have been a very confused local media. ("Words over pictures? My flip phone has Twitter.")

There's these things called memes that Chris thinks are really funny. Especially these sloth memes where it's like a sloth sitting there with a person. It's a picture of a sloth talking with a person and you put whatever words you want the sloth to be saying underneath. It's stupid, but Chris is stupid and I'm stupid, so it's funny (laughs). You guys obviously know how he operates and we both march to our own beat and they're both different. We love the funny side of things.

Reddit has an entire subsection dedicated to Sloth memes.

Kyle's ceded the Long family social media crown to his brother back in February at the Combine. I asked him about it then, and this is what he told me:

"He went to Virginia, so he's kind of a nerd. After being at the University of Oregon for a year, I feel I have the ability to express myself in social media. Chris has a pretty entertaining Twitter account." 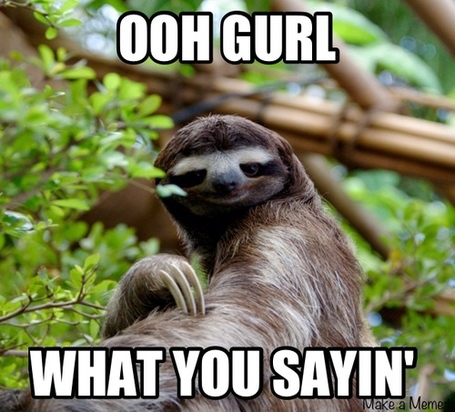