A graphic look at the Rams offense and defense

The gang over at Advanced NFL Stats put together a chart showing how the Rams stack up with the rest of the league.

Share All sharing options for: A graphic look at the Rams offense and defense

It's been an up and down season so far for the St. Louis Rams. You know that. Fortunately, the team's currently on an upswing following a Week 5 win over the Jaguars. They've got a long way to go, as evidenced by this graph from Advanced NFL Statistics.

This chart plots the expected points added for each game of the season so far. EPA is a situational stat, that takes into account the value and outcome of each individual play. The formula then bakes it into an overall number for how many points the offense adds and defense takes away, per game.

Here's where the Rams sit after five games. 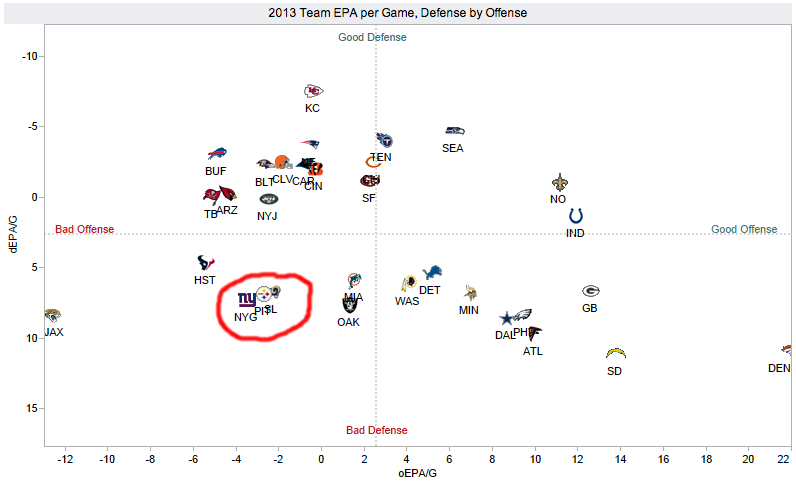 The Rams fall firmly in the bad defense/bad offense quadrant, no surprise there. The offense is good enough to take away points, and the defense is added about six points to opponents' final scores.

See who the Rams are grouped in with right there? The Giants and the Steelers, two recent Super Bowl winners fallen on hard times this season. I'll take that as a good sign, a sign that the Rams are just a sleeping giant, one year away from finally returning to relevancy.

Note how many teams are in the quadrant above the Rams, the ones with good defenses and terrible offenses. The Rams were there last year. 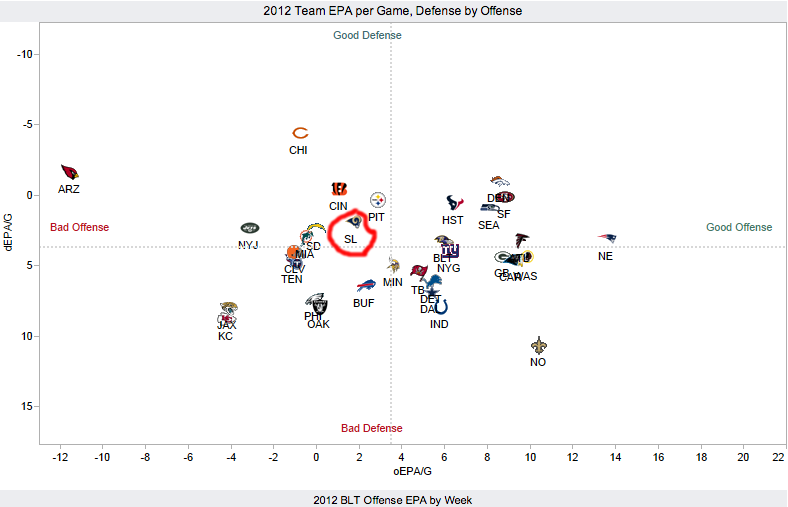 Note that the offense has actually taken a step backward from last year, but that's five games versus all 16 in 2012.