Back-to-back wins have the St. Louis Rams climbing up the Power Rankings. Is there anything more important than Power Ranking status? I didn’t think so. 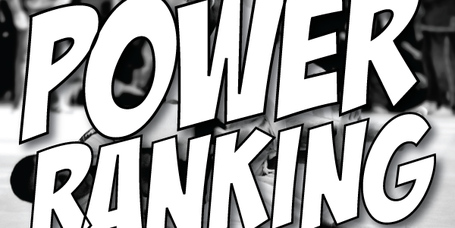 Sam Bradford has 13 touchdown passes this season, tied for the third-most among all NFL quarterbacks. He's still only averaging 6.5 yards per attempt, same as Alex Smith. Only Blaine Gabbert and Mike Glennon have lower marks. But that's okay. The Rams have recommitted to the running game after trying some bastardized version of the spread. That should help Bradford rise to the level of elite game managers.

Fans have been waiting for a performance like that from the Rams for a while. The two keys: a) the defense's ability to force turnovers while the offense protected the football, and b) Sam Bradford's quiet efficiency, completing 12 of 16 throws for 117 yards and three touchdowns.

QBs with at least eight passes, two touchdowns and no incompletions against at least five rushers since the start of 2008: Drew Brees, Tom Brady Brett Favre and ... Sam Bradford.

What about rookie receiver Tavon Austin playing just four snaps on Sunday? Why draft him that high if you have no idea how to use him?


21. St. Louis Rams: The win over the Texans was perceived more as a breakdown by Houston. But look at the game tape and you see a defense that got after the QB (five sacks) and an offense that is starting to run the ball better. - Pat Kirwan

16. Two consecutive victories have them at .500, but now comes a tough road test at Carolina. - Pete Prisco

The Rams see their biggest upward move of the season following their convincing win over the tumbling Texans. It wasn’t quite enough to pull them up out of the Bottom 10, but certainly a move in the right direction.

It appears that a couple of solid performances by Sam Bradford have the Rams turning heads, while the misuse, absence, call-it-what-you-want of Tavon Austin is garnering attention for all the wrong reasons. Bradford will certainly play a key role in leading the Rams to success this Sunday against the Carolina Panthers. Will Austin?