That's two in a row for the St. Louis Rams. This week, they traveled to Houston and might have put the last nail, or one of them, in Gary Kubiak's head coaching coffin with a 38-13 win. A look back in GIF form is required.

For the second time in two weeks, and only the second time this season, the Rams scored a first quarter touchdown. Cory Harkey caught a two-yard pass for the score, just like you always predicted he would.

And, yes, that was a four-TE set, with Harkey lined up at fullback in the I-formation. The Rams didn't just say they were committing to the run this week; they really did it. 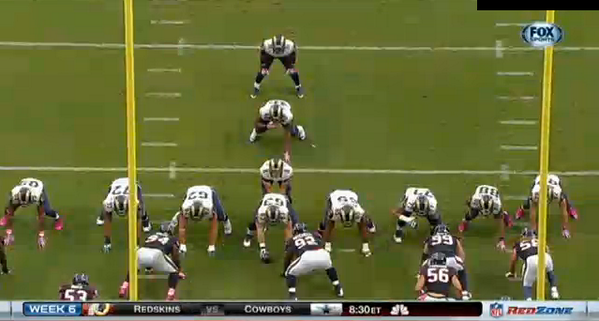 Then there were the turnovers ... lots of them.

Two of those turnovers results in touchdowns.

Daren Bates joined in on the fun too, adding this flip into the end zone. He later left with a hip injury ... hmmm.

Matt Schaub got hurt on this sack by Chris Long.

Texans fans cheered when Schaub got hurt. They spent most of the game booing, like this guy, who looks like he might be related to Jeff Fisher.

Michael Brockers blew up this week with a two-sack breakout performance. He has a nice sack dance to go with it.

The Rams won. Everybody was happy, including these super chill bros who were reppin' some of the greatest running backs in history ... on a day the Rams decided to follow through on promises to run the ball

And just because, why not a Tony Softli celebrating GIF?