The season, once again, is over. With our attention turned to the NFL Draft, below is a smattering of potential picks.

I'm not great at this sort of thing, but I was wrong when I went double-or-nothing hedging my bets that 'mock drafting' was just a fad created by Mel Kiper. 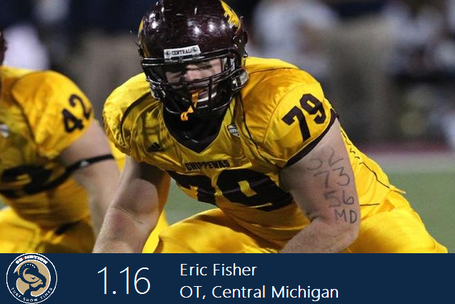 After watching the title game, I'm not so convinced Eric Fisher will be the pick. There is no doubt that Chance Warmack is a monster and a very viable option here. Still, the draft is loaded with good guard prospects. The talent for tackles drops off after the three available first rounders (Fisher, Joeckel and Lewan), so tackle it is.

Fisher is a natural athlete, quick and fluid in pass protection. The Rams could move Rodger Saffold over to the right side of the line, replacing Barry Richardson, easily the weakest link out of the five. Fisher needs some work with his run blocking, but an off season hitting the weights and working with Paul Boudreau certainly couldn't hurt. 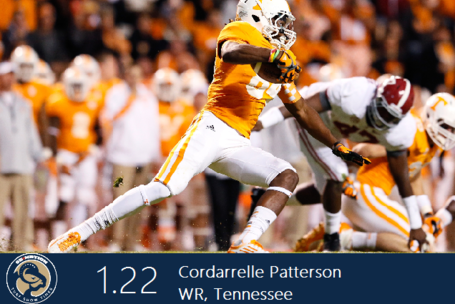 Jeff Fisher would never draft two offensive lineman, or so Bleacher Report would have you believe. The Rams already have a top ten defense, but their offensive counterparts are nowhere near the same level of aptitude- yet. The Rams have already added an athletic tackle capable of starting at LT and it's now time to give Bradford one of the most electrifying players in the draft.

Cordarrelle Patterson is an explosive receiver and has every physical trait you look for in a superstar: height, speed and acceleration. It's up to wide receiver coach Ray Sherman to help him along with his technique, because while he is incredibly gifted physically, he isn't quite ready for the NFL in that regard.

The Rams missed out the last two years on wide receivers. They desperately wanted Julio Jones and Fisher's glasses tantrum was well publicized when the team couldn't draft Justin Blackmon. The Rams want a receiver. They won't miss out again. 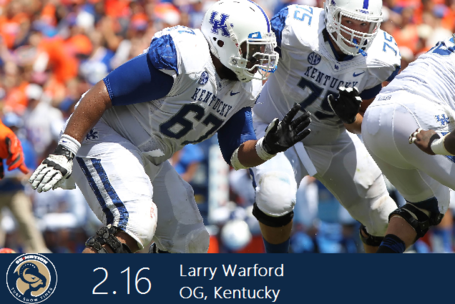 The 2013 guard class is so deep that the Rams can afford to pass on Warmack. Instead, they go with someone like Larry Warford out of Kentucky. One thing that is telling about Warford is that Kentucky isn't a very good football program- but he's still thought of as lock for the second day (most likely the second round).

Warford is huge, but he's quick for such a big man. Overall, he is a good pass protector and run blocker. His size and surprising quickness help him push defensive lineman around, instead of letting them push a QB to the ground (novel concept, I know). With the first three picks of the draft, the Rams have added serious offensive talent. 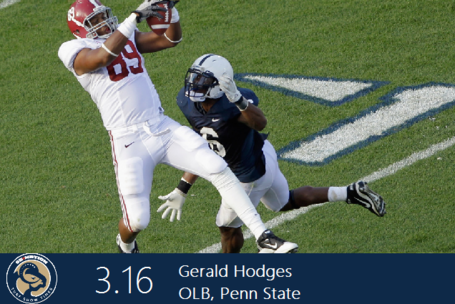 I was looking for help with an outside linebacker, and I'm glad I listened to our community. Gerald Hodges would be a fantastic pick here. He is solid in just about every facet of his game. He has good instincts, good size and is relatively quick. He also has his share of huge hits. No complaints here!

He's been nothing but productive since he became a starter at Penn State, and has potential to be a three down back. Originally I had Swearinger in the third round, but Hodges won't be available in the fourth and there is a good chance Swearinger will be. 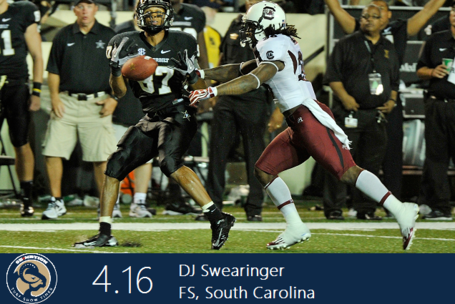 I'll be honest with you: I've got a man-crush with DJ Swearinger. As a replacement for Craig Dahl, I think he is perfect. He is excellent in coverage (often playing as a cornerback for South Carolina). Calling him physical doesn't accurately describe him; Swearinger is a violent hitter. He flat lays people out.

You're not going to see him light up the stat sheet with sacks or interceptions, but he's a good open field tackler, takes solid angles, covers well and can really put the hammer down on receivers. He's exactly what you hoped Craig Dahl would be three years ago. 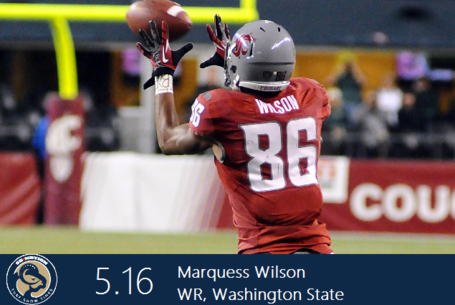 There are a lot of people who see Marquess Wilson as a huge character risk, but things are certainly becoming grey. We know Jeff Fisher has no problems taking risky players and regardless of whether or not Wilson was right, Fisher and Les Snead will probably take a look at him.

Wilson is a great value here. He isn't as fast as Patterson, but he is tall and routinely demonstrated his athleticism by making catches over defensive players. He also has great body control which would allow him to be a solid red-zone threat.

As if the Rams don't score enough touchdowns already. 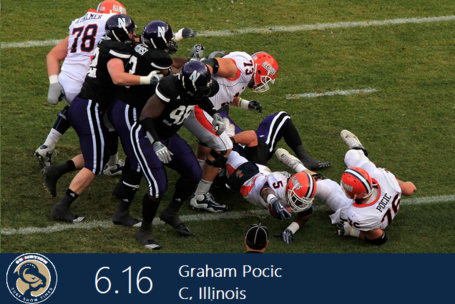 Pocic is an athletic, tall center. He's 6'7", so he can stand to add some bulk to his frame. Pocic was a good blocker, but had trouble with some of the bigger names he faced. He's displays good bend, which would be required for any QB to see over his behemoth frame.

He'd be a good pick here for the Rams. Robert Turner was a surprise at center, filling in well for Scott Wells, but he isn't a long term answer. Drafting Pocic gives Paul Boudreau a project player that isn't lazy and overweight. 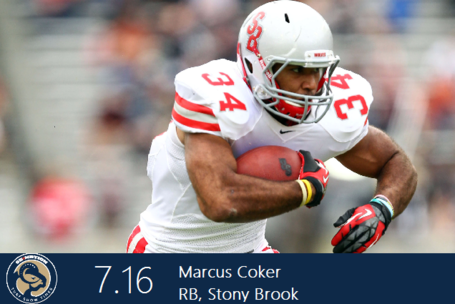 The Rams struck solid gold last year with Darryl Richardson in the seventh round. Can they repeat the results? People are talking quite a bit about Eddie Lacy (he's good, but not that good), but in physical terms, they are nearly identical. Coker is bigger and a shade slower than Lacy.

He has some character concerns (he was suspended at and ultimately left Iowa), but he is a tough, downhill runner. All he has done in his college career is produce, with over 2000 yards and 20 touchdowns in the last two seasons combined. If the team feels they can eliminate Coker's off the field issues, then there is no reason not to go for him in the 7th round.