The Rams are worth smiling about, sometimes...

The St. Louis Rams have had a much improved season - so far - compared to years past...

Share All sharing options for: The Rams are worth smiling about, sometimes...

The mood around Rams nation is one of confusion. That sure looked like the same old St. Louis Rams out there last Sunday. The week before it looked like a much different team, one more in-line with what we expected when the hype season started. Well take note fans, there are more than a few reasons to celebrate this early in the year.

1. The defense is pretty good

Looking at Football Outsider's DVOA rankings, the Rams have the 12th best defense in the league with a -7.6 percent DVOA. That's even better than the vaunted 49ers. And they make opponents do things like this:

2. The pass defense is really good

Per FO again, the Rams have the sixth best pass defense, with a -16.7 percent DVOA. They've only allowed two passing touchdowns, which is tied for the best in the league.

3. Chris Long is picking up where he left off

Long is getting to the quarterback. He has 18 total pressures through three games, picking up his first two sacks of the season against the Bears last week. Robert Quinn has two sacks as well, thanks to Long's pressure. 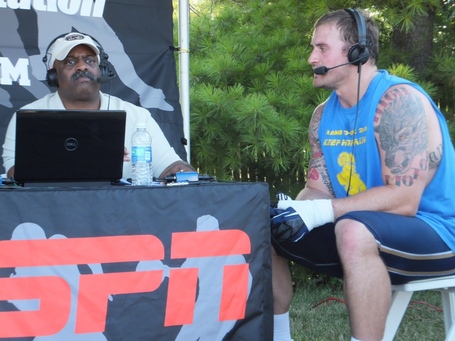 Greg Zuerlein is 8-for-8 with a 56-yard field goal at Soldier Field.

The poor man's Wes Welker is out Welker-ing his namesake. Amendola is tied for fourth in receiving yards with 296. He's catch 74 percent of the passes thrown his way. It's not his fault he's the only one who can can open with regularity.

What other celebration worthy moments am I forgetting?