I'm from Dallas. Oh you didn't know that? Where the hey ho have you been... That being said, this seems like a game that should be played more often.

Along with Detroit and pretty much all of Ohio, St. Louis and Chicago were the kings of the railroad era. Check out this graphic of railroad lines in 1918. What do you mean you're not interested in 1918 railroad maps? FINE, IGNORAMUS!

All I was trying to do was establish history. The history of two midwestern cities, a history I as a Southerner cannot fully comprehend nor appreciate. I accept that. In fact, I encourage that. It puts a demand on my shoulders to learn more, to further my understand of the great Rust Belt (and Rust Love Handles) that defined economic growth in this country for a third of a century, maybe more, maybe less.

In a sense, that's what this game is. A throwback.

Preview after the jump.

For game-related info, check out the SBN page for the game. For Bears news leading up the game, check out Hogs Haven. Here's the injury report. 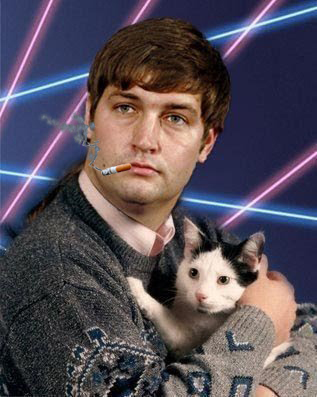 Look, we know Cutler's got a live arm. He's also got a patchwork O-line. But there are some solid receiving options here. Brandon Marshall, Alshon Jeffery, Devin Hester, Earl Bennett -- it's not the Jaguars, folks. The question now is what kind of Cutler you get each week. The Colts sacked Cutler twice and added three QB hits, but it wasn't enough to stop Cutler from a 333-yard, 2-TD performance. Less than a week later, the Packers served up seven sacks and 12 QB hits; Cutler limped through a 126-yard, 4-INT showing. In any game, you want to put pressure on the QB. It may be one of those situations that makes it unwinnable for the Bears if it manifests each week.

Helping that rush out will be the Rams' secondary. While most of us expected the back of the D to be better than last year with the additions of Cortland Finnegan and Janoris Jenkins, I don't know that it would have been rational to think the CBs would be this good this early. The asterisk then is the safeties. How do you manage deep coverage when you play your corners so close to the line? You rely on your safeties to hold the top of the D. RGIII and the Redskins knew the Rams couldn't rely on their safeties. I'm eager to see if Fisher tries to find some more help deep or mix up the depth chart at safety.

No Matt Forte? Well, ok then. Still, Michael Bush is a capable backup. He nearly hit the 1,000 yard mark last year, so it's not as if he's removed from on-field successes.

The question is one of denial. Can St. Louis deny him the space to operate on Sunday? Jo-Lonn Dunbar has been one of the most suprisingly positive players for the Rams this season. If he can continue to operate alongside James Laurinaitis in a good way, the Rams may have their best performance yet against the run.

Put simply, the Rams have to win here. The Bears' O-line looked pitiful against the Packers last Thursday, allowing seven sacks and prompting the row between Jay Cutler and LT J'Marcus Webb. As of right now, the only change from the lineup against Green Bay was the promotion of LG Chilo Rachal over Chris Spencer. The rest of the interior line isn't much better with C Roberto Garza and RG Lance Louis. Over at RT, Gabe Carimi has capably stood out as the only linemen likely to stick around Chicago for at least a few more years.

For the Rams, it means they have to get pressure in the pass game, with Chris Long and Robert Quinn seeing the bulk of the work. Inside, the Rams are still without Michael Brockers; that means some shuffling of Kendall Langford, Jermelle Cudjo, Kellen Heard and perhaps Matt Conrath. It's there that the run battle could be lost. Despite the dearth of talent, this isn't a matchup that puts the Rams at a horrible disadvantage. Given that that will be the case for much of the rest of the year, this group has to make the most out of this favorable matchup.

This is still too hard to predict. The Bears remain suspect in the secondary with CBs Tim Jennings, Charles Tillman, Kelvin Hayden and D.J. Moore. At the back, FS Chris Conte begs to get picked on, while SS Major Wright is more of a run defender anyway.

But what is the Rams' passing attack? Is it a one-man show with Danny Amendola taking the large majority of all targets? Is it a balanced attack that utilizes Amendola, Brandon Gibson, Steve Smith and, at times, the combination of Lance Kendricks' spacing and Chris Givens' speed? Whither Brian Quick? I'm not sure I have a good idea of what the Rams will do here this weekend.

Similarly, though due to injury rather than scheme mystery, this is up in the air. The Bears can stuff the front with a strong front seven and a linebacking crew led by MLB Brian Urlacher, now in his 13th year (jeez, I'm getting old). The Bears are ninth right now in rushing yards allowed per game and 13th in rushing yards allowed per attempt. They can flat play the run.

With Steven Jackson looking like a game time decision, it could be Daryl RIchardson who gets the start. Either way, it looks to be an interesting battle. Certainly, the Bears have looked at the tape from the preseason and Redskins game; Richardson won't be a surprise at this point. And Steven Jackson...well, he's kind of a big deal. I don't doubt the ability at RB this year. It's about the opportunities they get...

... which is where the big guys come in. Against the Redskins, the Rams' O-line did the unthinkable -- they played well. Seriously. A Rams' offensive line looked good. For a whole game. We're now on to sign number two of the apocalypse...

The Bears will test this unit. Julius Peppers and Israel Idonije make up one of the better DE pairings in the NFC. Henry Melton, Stephen Paea and Amobi Okoye form a stout trio in the middle. It's a tall, tall task to deal with.

Sadly, if there's one area that's been ravaged most by injuries to this early point in the season, it's the O-line. Rodger Saffold, Rokevious Watkins, Scott Wells - all are going to be sidelined for a while. As of right now, it looks like a line of Wayne Hunter, Quinn Ojinnaka, Robert Turner, Harvey Dahl and Barry Richardson. Again, how did this group get it to work last Sunday?

This week's top 3 storylines brought to you by my three least favorite candidates in the 2012 Presidential Election:

Jim Carlson owns a head shop in Duluth, Minnesota, that was raided in September for selling synthetic marijuana and bath salts. Jim Carlson is running for president. God bless America.

On Sunday, the Rams have to bring the crazy again. Playing on the road, any chippiness won't get the crowd on their back...at least in a good way. But they have to get in the Bears' heads, especially QB Jay Cutler. If they can do that, it may help initiate the Bears' self-destruct function. Oh, and they can't be high on bath salts at game time.

This is Jack Fellure's website, though I urge you not to click on it. All I'll say is that if you're for prohibition, I hope you lose in the most embarrassing, detrimental way possible (though when you carry a sword around, you're likely not easily embarrassed).

The Rams need to avoid embarrassment here. After a promising week one, the Rams capitalized on the emotions reverberating through the Ed last week to their first 1-1 record since 2006. Letting the air out of the balloon here would be painful. Jeff Fisher has instilled an attitude that obviously manifests itself on the field beyond what recent coaches could. That needs to continue to be the case tomorrow.

Jeff Boss isn't really a bad person. He's just crazy. But I love crazy people, because they say stuff like this:

The NSA is also using high frequency radio signals through these people's cell phones, cable TV, and internet to clog their brains and create extreme fear to prevent these people from speaking out.

The Rams have to get in Chicago's heads. I wouldn't be upset if, like last week, Chris Long reminds the opposition that these Rams will get inside that helmet:

If there's a team begging to fall apart mentally this week, it's the Bears.