Share All sharing options for: TST Picks Contest - Week 2 - Community picks brought to you by RamsFanIndia! 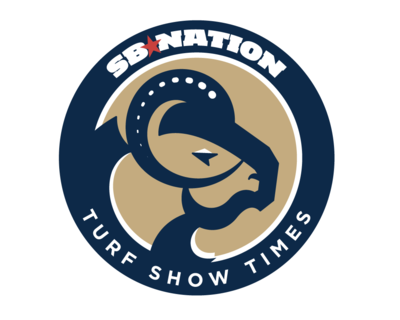 We are back with the second weeks of pick from the "experts" at TurfShowTimes, plus one of the community members that we like to refer to as "not-so-much-experts". First things first, though, the standings after week 1.

So who do we have to represent the TST community this week? We have one of the Rams' international fans in RamsFanIndia. I asked RamsFanIndia to tell us a little about himself.

My TST name is Ramsfanindia. My real name is Giridhar Babu, just Giri for short. I live in India, and I am of Indian origin, but I was born in St. Louis (My dad worked at the VA, and he was already somewhat an "adopted" American, as he was also born in the US.)We have a house in Chesterfield also. When I lived in St.louis( During the GSOT days) I was too young, I think my first time that I can remember of seeing the Ram is when they played the Patriots, but at the time, I didn't really know anything about football. I started being a fan in 2009, when we had come to St.Louis, while living in India, for a few months during football season. Incidentally, around then is when I found TST. My Favorite football food. I have to watch more football to find out! But the normal, good chicken wings, with a lot of hot sauce, is fine by me, except you can't get it in India. So I have to say pizza and coke. My favorite sports memory. I can't say going to the EJD, because the Rams lost, and we were sitting next to a rowdy, and drunk, Vikings fan. So it has to be when Steven Jackson ran out the endzone, breaking three tackles, and then later getting us a TD, to win against Detroit, giving us our only win of the season. I became a SJax fan after that game, seeing the drive he had to help us win.

Appreciate Giri sharing a bit with us. Hopefully, he doesn't embarrass us "experts" in the picks this week.

Hit the jump to read our thoughts on the three prime games of the week, and to get the picks from the experts!

3K - What a huge game for both teams. Baltimore's already a game up on the rest of their division, and taking one on the road ahead of their Sunday night game against the Pats might begin to thin the Flacco doubters.

DCRamFan - Ravens. They came out in mid-season form, and the Eagles struggled to squeak past the Browns. A win is a win, but Baltimore will take some of Week 1's momentum to Philly this weekend. Both teams could be Super Bowl contenders, but if Joe Flacco can play anything like the best QB in the AFC - which he was in Week One - it'll be 1-1 for the Eagles

Douglas M - Philly rises and Flacco falls. Much like last season, Flacco will shine and fade each week. I look for Lesean McCoy to have a big game, and Michael Vick to get the win in front of a tough Eagles home crowd. If a team needs a short term TE, I'd think about Baltimore's Pitta. He could lead all Ravens receivers in this hard fought, low-ish scoring match up.

Mike Dietrich - While Baltimore looked so strong in game 1 , it was still a close game until the pick 6 by Dalton, Philly could not have looked much worse, expect thing to change and the Eagles to claim a victory.

Rick Siegel - I really liked both of these teams coming into the season, and the Ravens gave me no reason to doubt. Flacco loves the new no-huddle, and looks as comfortable as he has since he got out of Delaware. The Eagles, on the other hand, needed an all time stinker performance by Brandon Weeden just to pull one out in Cleveland. This Philly team has all the talent in the world, but there is just something missing. Andy Reid better start updating his resume, because Philly is gonna fall to 1 - 1.

RamsFanIndia - Both offenses can score points fast if they start clicking. Last week however, Philadelphia's offense wasn't. Baltimore's was. Should be an easy win for the Ravens, unless the Eagles pull off one of their famous comebacks.

3K - Some strange scheduling almost makes this an early season must-win for the Steelers. Having lost on the road to the Broncos, they need to get a win in before their week 4 bye. If they lose this one to a Jets team that surprised everyone on offense last week, they travel to Oakland, the epicenter of Crazytown, NFL.

DCRamFan - It'll be close, but I'll go with the Steelers. I'm not buying Mark Sanchez's week one performance against Buffalo. If he airs it out to a rookie WR a few more times in this game, he'll have just as many INT's as he did TD's in week one. Luckily his defense will keep it within reach. If only they were starting their best QB...

Douglas M - My upset special. The Jets hold it together for two weeks in a row against a so-so Steelers offense that still struggles with its ravaged offensive line and horrible play by its running backs. Isaac Redman may have blown a perfect opportunity to win the starting job. For the Jets, "He who must not be named" continues to look foolish playing special teams as his jersey almost out-sells Harry Potter. Look for Stephen Hill to score at least once, making FF owners forget about Ogletree for at least a week.

Mike Dietrich - The Steelers also did not look in sync while the jets looked like the may win the Super Bowl, the Steelers are usually an great team off a loss especially at home, expect a 2 TD win.

Rick Siegel - I actually don't love the prospects of either team this year. The Steelers can only go so many seasons with a porous offensive line before it catches up with them. The Jets, despite what you saw last week, are still going to struggle to score points. New York also has to play this week without Revis, a top 5 player in the league. The Jets defense goes from very good to just ok without Revis. The way I see it, if you pick the Jets, you are saying that either Pittsburgh is done, or that the Jets are contenders. I don't believe either of those things. I'll take the Steelers.

RamsFanIndia - New York made up for getting only one TD in the preseason in a big way. While I don't think they are going to repeat the same offensive power this week, they should do enough to beat a hapless Steelers team. And they won't even need Tebow's help.

3K - Monday Night Football is wonderful. Peyton vs. Matt Ryan, that Broncos D-line and the Falcons' aerial attack...me likey. Call it the Julio bias, but I'm siding with the Falcons all year, save for week 10 in New Orleans and their week 16 Saturday game in Detroit.

DCRamFan - This game should be extremely exciting to watch. Peyton Manning looks like he's working his way towards quieting the doubters. He led the Broncos on three 80-yard scoring drives against Pittsburgh last week. I don't see them being able to replicate that this week, though. It's going to be a simple matter of keeping up with the Falcons, who have a few explosive offensive weapons. The Falcons won't disappoint their fans in their home opener on MNF.

Douglas M - The Falcons will bring the wild horses back to the corral. Ryan had what may have been the best game of his career last week, and he got his opening day monkey off his back to boot. While the Falcons' secondary is suspect, I can't see Peyton Manning keeping up with one of the best wide receiver corps in the NFL on Atlanta. Julio Jones is a solid 2 TD man this week, and Roddy White could get at least 100 yards receiving. This could be a high scoring contest, with both teams air-ing it out on at least 70% of the offensive plays.

Mike Dietrich - The Broncos cross the country to play the high flying Falcons who are usually a very strong home team. Manning looked pretty good but his performance was more overrated since it was on national TV, expect a 10 point win for the Falcons.

Rick Siegel - Doesn't this feel like a classic Falcons-fall-apart game? I know they love to win at home, but every time the light begins to show on them brightest, they flame out the hardest. All I know is if the game is 24 - 24 going into the fourth, and I have Matt Ryan against Peyton Manning, I'm going to poop myself. Give me the Broncos.

RamsFanIndia - This is a tough one, as Peyton Manning seems to be close to his former self, leading a rejuvenated Denver team, while Atlanta on the other hand has the offensive power to go up against anyone. In the end it depends on which defense plays better, with turnovers and getting to the QB. Wait, what? The Broncos have Von Miller? A close game, but Von Miller will help win it for the Broncos.