Good Thursday Morning, Rams Fans! I find solace in the fact I get to write that each Thursday, because ultimately it means that it's just one more Thursday to scratch off the calendar until the kickoff of the 2012 NFL Regular Season. That's right, less than two weeks from today we'll know the result of the game where the Super Bowl Champion NY Giants host the Dallas Cowboys. Tony Romo may be missing one of his favorite targets in that game, so fantasy owners beware.

More pertinent, the Rams will take on the Witten-less Cowboys this Saturday, which will certainly bode well for a Rams defense that continues to improve each and every week. Jason Witten won't be the only star missing from the Boys lineup this weekend, though. Offensive weapons Miles Austin and Dez Bryant are also not expected to see the field. Good news for the Rams defense in week 3? Maybe. The Cowboys offense has plenty of talent at WR, and it would certainly be nice to see what the secondary could do against some true NFL caliber talent. They'll certainly need the practice for week one of the regular season, where they'll have to cover a guy nicknamed after a Transformer, and who seems to score at will.

Regardless, the Rams defense must show up this weekend, and given the missing offensive threats for Dallas, they might even have heightened expectations. Spoiler Alert: Even without the three aforementioned receivers, the link above has the Cowboys scoring 34 on the Rams. Heated? Cool off by taking a jump into one of DC's always-appreciative Random Ramsdom's...

Vernon Gholston is a Ram

Jeff Fisher is putting something special together on the defensive side of the ball. And just when you thought things couldn't get any more intriguing, they sign Vernon Gholston…The sixth overall pick from the 2008 draft. The Rams haven't been quiet in the market as of late, having traded Josh Gordy on Tuesday night, and working out Andre Carter on Wednesday. Gholston's been one of those guys who certainly hasn't lived up to his potential in the NFL, but given another shot…on another team…with good coaching, is exactly the reason why the Rams having nothing to lose. It's hard not to fall in love with what's going on with this organization

A Preseason Week Two Performance To Be Recognized

Bleacher Report highlights 25 performances from week two of the preseason to be 'blown away' by. There are 32 teams in the league, in case you weren't aware, and as low as many media outlets have been on the Rams, one player made the list. The Rams looked good against the Chiefs last Saturday, especially the starters. If you want to know which player made the list, you're going to have to click the link, because I'm not telling!

Hint: He's still a Ram. He plays Wide Receiver. He's fighting to stay on the roster, as his performance has left a lot to be desired. We did not see this player last week due to injury. Many feel that he should stay, while others think his time in St. Louis is up. It's obvious, right? "You heard it here first!" - RVB


Kendricks Turns Up The Heat

Lance Kendricks never truly lived up to the hype created by his stellar rookie preseason in 2011. Being a rookie in the NFL isn't easy. The physical and mental toll that it takes on a player can certainly have an impact on one's on-field performance. To prepare himself better for his sophomore year, Lance decided to change up his workout regiment…turning up the heat so to speak. It's not a Star Wars character, and Mrs. DC hates when you mistake it for Pilates…

A lil Q&A With Jim Thomas

St. Louis Post Dispatch's own Jim Thomas fields a plethora of questions from Rams fans who are eager to know about usage of the waiver wire, whether or not Daryl Richardson has a shot at the #2 gig ( I'd like to see the idea entertained), offensive line concerns, his 'medal stand' for preseason players, and who may take a chance on DX if he were to be cut (a couple of teams with a couple of former Rams coaches).

Kendricks Confident Rookie Jitters Behind Him

More Lance? You betcha! A TD in [preseason] Week Two's performance has earned him the right for more limelight. As if you needed the reminder, the expectations for an NFL TE went way up last year, with the emergence of a few elite level players at the position who exploit defenses like whoa. Lance, who appears to be content with making excuses, does so. 'The struggles of a rookie, and having a lot on his plate'…like Rokevious. Schottenheimer admits the Jets liked Lance prior to last years draft. Let's hope he can shake the shutterbug… or is it the jitterbug? Either way, please carry your preseason successes into the regular season, Lance. We're begging you

Video: SI's Peter King's Take On The Rams And Their Youth

Pete gives his take on the Rams, and their outlook for the impending season. He predicts that 33 of the final 53 will be 25 years old or younger. Talk about youth! Inexperience will certainly play a factor, but the Rams will need their youngsters to immediately step in and contribute. He points out how Jeff Fisher chose the Rams over the Dolphins because of his ability to make decisions, and the Rams average age is a direct result.

As we near kickoff of the 2012 season, it's important that you refresh your stadium etiquette:

The Indianapolis Colts, and their already All-World quarterback Andrew Luck, will travel to Washington DC Landover, MD this Saturday to take on the Washington Redskins, and Robert Griffin III. In case you're wondering, the $35 isn't the ticket price that would get you into the stadium to watch such a spectacle. It's actually the price that Dan Snyder wants for a T-Shirt that you'll wear for the day, and then will ultimately throw in a drawer, never to be worn again… unless of course that's your new RG3 'jersey.'
Even if I were to go, I'd take my chances on 4.267 beers before buying such a piece of toilet paper

I remember when I was a kid, and watching prime time television shows often resulted in covering my eyes, saying 'eww' or 'yuck' and ultimately feeling the ever-so-disgusting, infectious cooties when bad asses like Burt Reynolds or Don Johnson laid one on a well hair-sprayed lady from the 1980's. Well, I'm partially grown up now, and I'm proud to say I've been cooties-free for at least a decade and a half. This is disturbing...

For those of you who are preparing for last minute drafts, here's some insight on the entire NFC, team by team. Most teams reviewed take about eight to ten sentences to cover, in normal paragraph fashion. The Rams needs only three. The last: 'The poor, poor bastard.'

Don't Miss The Barclays PGA Tournament: It Will Be Hard To

If you're into golf, but don't get the GOLF network, fret not. This weeks Barclay's will be televised on both GOLF and CBS. Tiger's play is inconsistent at best, but the PGA is looking for a rivalry, and has been for some time. Youngster Rory Mcllroy might just be the man kid for the job. Don't miss the action, as the first two days they will be paired together.

Get Your Wallet Out, Rams fans! It's The New Trend In Headwear

The Rams play in a dome, so the suns harmful rays certainly are a non-issue. They've struggled mightily trying to put together a winning season for the better part of the last decade, so the look might be more fashionable than most fans typically go for. Regardless, prepare yourself to ride the waves of fashion. Hopefully it also cushions impending punches.

The CVC Better Come Correct With Money For 'Facilities'

Talk about a crappy situation! This just goes to show that when the tough get going, they go wherever they see fit. I've been to many a sporting venue, and I'm only going to the restroom when forced to. I'll admit, it's easy for me to count the number of urinals or toilets, then compare them to the hundreds of people in line, and think that I'm probably an amazing stadium designer. Maybe it would be easy if I brought my own toilet next time. Where the hell is this guy's facekini?!?

The Saddest Article I've Ever Read

As I mentioned above, in the Luck vs. RG3 link, that the consumption of adult beverages at a sporting event will cost you a pretty penny. In NY, it has cost one man millions of pennies…literally. 'Thousands of thousands' of dollars down the drain. It's not often you wish your throat was a drain. R.I.P. wine, beer, and liquor. If the Brooklyn PD knew what they were doing, they'd arrest those P-Traps for being drunk in public 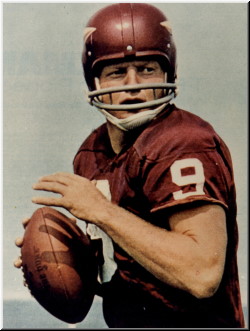 Random Quote of the Day…

"Kids are great. That's one of the best things about our business, all the kids you get to meet. It's a shame they have to grow up to be regular people and come to the games and call you names." - Charles Barkley

Jeff Fisher Wants You To Know Your Stache

The Chevron - Luscious mustaches that are extremely thick and cover the entire upper lip. Sexy beasts like Magnum P.I., Jeff Foxworthy, and NASCAR's Richard Petty essentially came out of the womb with one. To be a successful coach in the NFL, at least in the NFC West, it's wise to own a Chevron. Alternative uses are deterring condiments from reaching your clothing, and getting mud off your shoes