The St. Louis Rams are going for a world record, a certified Guiness world record. No, this is not the record for how many times you can get the highest-paid rookie quarterback hit and sacked, this is a record of follicle matters, the world record for the most fake mustaches in one place.

At the Rams' home opener on September 16 against the Washington Redskins, the team will hand out Fake Jeff Fisher mustaches to fans at the Dome. It comes as part of the team's effort to deepen its relationship with fans and improve the brand in the city and the region.

There were no fewer than four cutaways during Saturday's broadcast of the preseason game to tell us all about the event. The team even has the paper work to get right with Guiness, ready to break the current record of 227 fake mustaches in the same place at the same time.

But there's more. There's a potential conspiracy afoot. Look at the broadcast team from Saturday's game. Check out Marshall Faulk, second from the left, with the salt and pepper fake 'stache. 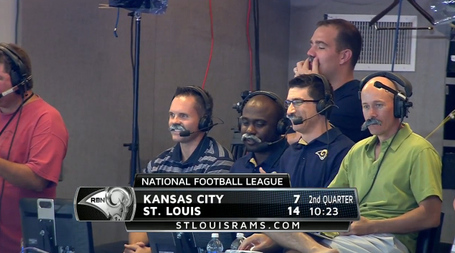 Notice the resemblance to ... 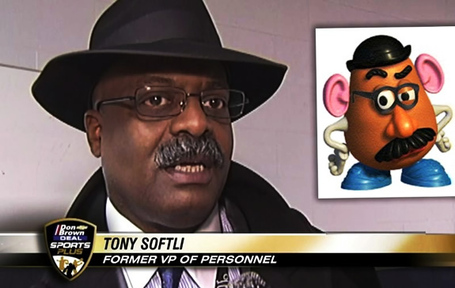 Maybe the Rams' promotional stunt has nothing to do with Jeff Fisher. Maybe it's just a ploy to get a Dome full of Tony Softli lookalikes all tweeting nonsensical musings, quotes without context and extraneous hash tags.