Share All sharing options for: Random Ramsdom 08/02/12: Rams, Olympics, & The Love of Balloons

Good Thursday Morning, Rams fans! I hope the beginning of August has found you well. August, eh? Doesn't it seem like the year has kind of flown by? Though these oh-so-hot days of summer seem to breeze on by, the NFL season could not come soon enough.

I know, I know…'at least we've got training camp.' Indeed! I think it was Drake, though, that said "Give an inch, and they'll take a mile." No? Well, it was worth a shot…Yolo. Where are you preseason football? I'm ready to watch Sam Bradford connect on several TD's that make me want to strap on my British Knights and hop on the 11-5 bandwagon.

For now, however, I'll continue to appreciate the offerings of the Tweeters, and hope that the NFL Network continues to play more of this, and less of this. I'll anxiously await contract extensions, updates on position battles, and players being cut. Mike Wallace just might become a St. Louis Ram today. But while you wait to see whether the day brings the aforementioned this or that, cool off in the Random...

We all know that the Rams have two picks in the 1st round of next years draft. By now, you also know that there about a gazillion mock drafts that are out there, and we're barely into training camp. Pointless at this point? Maybe….but I bet you'll click anyway

It's been a very long time since Danny Amendola has seen action in an NFL game…like 16 games. Since his elbow injury in last season's opener, he's been anxiously awaiting his return to the field. He's says he's ready. As a matter of fact, he says, 'I'm back to 100 percent. As strong as I've ever been. No complaints.' And even though the quality of the wide receiver group is as good as it's been in some time, he's confident that he can get back to being Sam Bradford's go to guy

A Change In a Walter Mock

We all know that the Rams have two picks in the 1st round of next yea….oh…I already said that? Ok, well there's been a slight change in Charlie Campbell's 2013 mock. Don't fret, Rams fans… he's still got us picking WR with our first pick. Our 2nd pick, from the Skins, has changed though. What do you think? 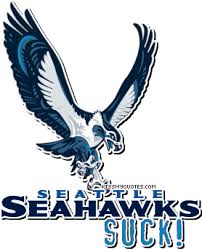 Deadspin provides some interesting perspective at why your favorite NFL team 'sucks.' I'm guessing that you could have just as easily written this article, but they gave it a go so it's worth reading what they've got to say, right? No? Ok, well then if you're exhausted from reading about several years of less-than-stellar play, why not read why the Seattle Seahawks Suck … or maybe how the Arizona Cardinals Suck

A Blast From the TST Past!

It's not necessarily news….well, actually it's not news at all. What it is, nevertheless, is a TST post from Ryan Van Bibber five years ago to the day. Linehan, Hill, and Carricker, OH MY! I'm sure Ryan could attest, the site has come a long way since then. Thanks RVB & Co. for making the site what it is today!

How To Improve Every Sport In the Olympics

Everything in our world seems to be in a constant state of change. Technology has seemingly altered the way in which we more lazily meander through every day life, and the sporting world is not exempt. Whether it's the way in which you purchase your tickets, the overall stadium experience, or the manner in which you can watch instant replays…in slow motion, it evolves to provide a better customer/fan experience. The Olympics, however, remain old and boring. Here's a few ways to ramp up the intensity!

5 Reasons to Draft SJAX In Your Fantasy League

I love Steven Jackson. I also love Fantasy Football. For me, though, the pairing has never come to fruition. I've not once, in my illustrious FF career, found myself in a situation where I even had to consider drafting SJAX. For some of you (homers), he's your top target. For others (who know how to play FF), you pick players from other teams who have better chances of actually scoring you points. Here's 5 reasons why I should've grabbed him when I had the chance

Coming off of a 110-63 shellacking of Tunisia on Tuesday, the U.S. Men's Team will face Nigeria on Thursday afternoon (5:15 EST). Just two days prior, the Nigeria team was able to squeak out a win vs. Tunisia [60-56]. In summation, they might as well be playing Tunisia again. Expect a 50 point win, and accept nothing less.

About Half Way Through This, I began To Wonder Where Her Left Hand Was… 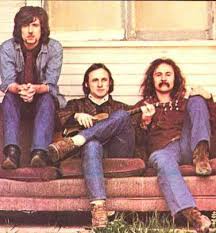 Only One Thing To Do After Training Camp

Rock out, with your c….Crosby, Stills, and Nash. Live in St. Louis? Consider yourself lucky! Head in from the hot summer air, and cool off in The Fabulous Fox Theatre. Jam out to a few hits from over four decades worth of The Rock and Roll Hall of Fame's trio….sans Young

MUST WATCH: You Will NOT Be Disappointed

I'm going to leave it at that. If you don't know what to do when someone tells you something is 'MUST WATCH,' then you probably need velcro shoes

Breaking Into Jail…Talk About Policing Yourself

Just another upstanding Ohio citizen who knows she's done wrong. She's clearly got a good head on her shoulders. Barbed wire, though? She must not visit the site. There are easier ways, lady! DWI's, bath salt consumption, or an appetite for conjugal visits

Cheers! Today Is The Day For An IPA 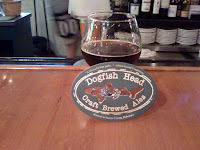 Today is IPA Day! Do you consume several pounds of food on Thanksgiving? Good, then you're into holidays. There's no reason not to celebrate this one.

Go to work and feel free to have a terrible day, because when you get home you oughta throw back a 6-pack (or as many 6-packs as you'd like) of these bad boys. I wouldn't hold it against you, though, if you went with a lager, Scrooge.


This Day In Sports History…