Share All sharing options for: St. Louis Rams Rookie Ranks from the "Bleacher" 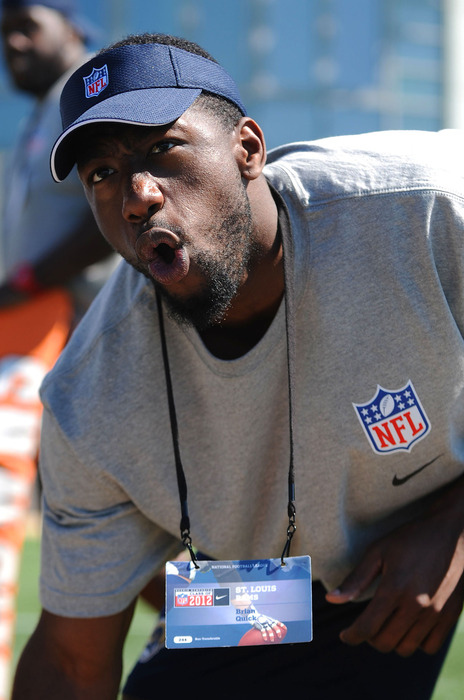 The NFL offseason is filled with speculation. Whether it's wins and losses, Superbowl predictions, or player statistics, it keeps "experts" and prognosticators busy.

Well, our friends over at the Bleacher Report have ranked the Top 50 NFL Rookies for 2012. Though the read is not void of defensive rookie talent, it's primarily offensive players that dominate the list. The St. Louis Rams chose two should-be, top-50 impact players in the draft in Brian Quick and Isaiah Pead (drafted 33rd and 50th, respectively).

Neither were drafted in the top 25. The rankings (numerically) are pleasing…but what about their projected stats for 2012? 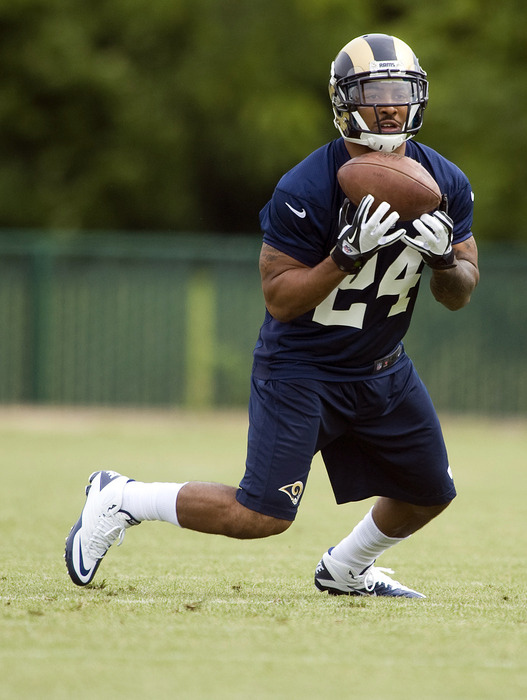 * Breaking this down - 130 carries over the course of the season means approximately 8 touches per game. SJAX, if healthy, should be in the ballpark of 300 carries, so Pead's number isn't startling. He's a pleasant addition to the running game, but in no way expected to carry the load. The Rams know who butters their bread…


I would however have thought that he'd be more involved on screen plays, with his speed and agility. Ten receptions, even though a first down per, would be disappointing. Almost as disappointing as his lone TD for the season...

* Breaking this down - I know many of you didn't make it past the '564 part' before using expletives. Hopefully this post doesn't find you in the presence of your mother. If so, feel free to wash your own mouth out with soap. For Rams fans yearning for a '#1,' this figure isn't going to cut it. While the optimists will be looking for a figure with four digits, even realists probably HOPE for something that starts with a '7.'

Soooo about that 15.6 yards per reception part. Calvin Johnson has had those kind of numbers in three of his first five seasons…Larry Fitzgerald has eclipsed that number only once in his 8 year career, and that was last season. Andre Johnson has been in the league for 9 years…he's never done it. I'll be interested to hear your thoughts about how the Ram's have a guy who's getting a little over two catches a game, at nearly 16 yards per clip, but can't get 600 yards over the course of the year.

Also of interest, the Rams, who dubbed Brian Quick '1b' only to Justin Blackmon, found himself buried behind a few other 'more notable names' at the draft. Mohamed Sanu (#23), Rueben Randle (#17), Alshon Jeffery (#15), and Stephen Hill (#11) all found themselves with a higher Bleacher Report ranking than they did draft position. It appears that BR's aspirations for the Rams youngster are also not in line with that of a typical fan…or war room.

Lastly, two TD's? To make navigating the site easier on you, I'll let you know that Blackmon will score 9, Floyd and Hill will score 6, Jeffery will grab 5… as will Coby Fleener. As a Rams fan, I can't say that I'm pleased with these projections. If Quick is indeed our #1 WR, then these aren't #1 statistics, and it will be telling in our pass game. That's DC's take….what do you think?