Good Thursday morning, Rams Fans. I hope this morning finds you well. If not, don't fret, because it's going to be a looooooong day. The longest actually. Today is the first day of summer, and therefore summer solstice. Santa, if you're reading this, the sun will not set on you today….so tell those elves to efficiently utilize the daylight! I swear, if they don't whittle me the gnome I've been asking for all year, I'm going to stop leaving you my double stuffed's!

Late June brings about a bit of warmth in these parts, with projected temperatures in the mid 90's, but it's the humidity that makes being outside so undesirable. In my bodies struggle to stay cool in 75% relative humidity, sweating makes the minds decision to stand in front of the refrigerator, fanning both doors with one hand, an easy one. Like a moth to a flame, I peek in throughout the constant opening and closing for something that might cool the core, all the while wondering who's turning the light off in the fridge...

Wife's Greek yogurt? Sounds fancy…I'll pass. Fish sticks? Not for breakfast. The Dog Fish Head is cold in the fridge, and the Elijah Craig is frosty in the freezer. I'll save it for after work….today, that is. Leftover pork chops aren't as good cold as hot (trust me), and tater tots are downright disgusting when frozen. And then I see it….the breakfast combo of champions….a fruit cup, and a frozen treat. Though I'm not prepared to get freaky in a Bentley limousine, I do, however, need it cause you know that I'm a fiend...

Awwww snap! It's also National Peaches and Cream Day! There's no better way to jumpstart your day than celebrating the R&B group's dry-humping of women and dropping of fruit into clean dishes. Boner a petit!


While I cabbage patch and running man my way around the house, here's some Ram's news to take your mind off of the aforementioned: 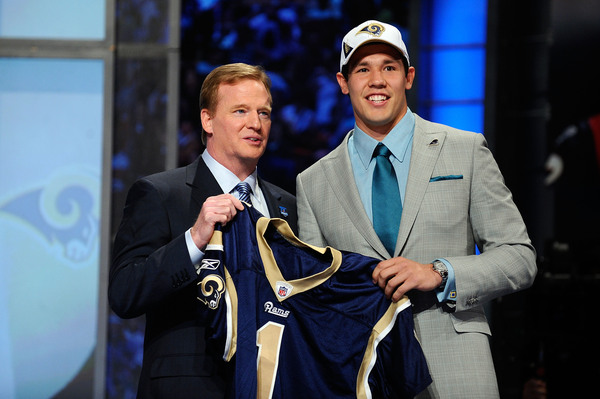 Make or Break Year for Sam?

Let's face it…when you want negative reads on the Rams, you look no further than Bleacher Report. This article highlights 10 of the NFL's Quarterbacks in a 'make or break' year. Sam, being the highest paid rookie QB ever, whose had a less than stellar start to his career, just might be on this list. Before you click it….do you think he should be?

"…none of these teams has what you'd call a stable backup plan." The Rams were not the only team lumped into the group. Green Bay and Denver were also mentioned as likely suitors, according to ESPN's Jamison Hensley. Who?


JL55 Says Do Your Homework!

James Laurinaitis and Josh Hull recently visited Timberland High School in Wentzville, MO to talk to the school's football team. Laurinaitis, who says he's not too far removed from high school, stressed the importance of getting an education, because at some point football's 'will end.' It almost didn't start last year. Please don't ever leave us!

Did you know the Rams are the youngest team in the NFL?

...As of June 4th, that is. Well, that's one of eight reasons for the Rams to be optimistic going into the 2012 season. The other 7 are probably no surprise to you. This is a great read if you're looking to re-energize your optimism early in the day, and reaffirm that you've been right all along….ya know….because it's in print.

The Rams didn't necessarily 'opt out of' the playoffs last year, but I hope they never find themselves in a situation where they have to. The Omaha Beef were strapped for cash, and chose not to send their team to the playoffs, due to inability to afford travel for their players. It appears that the owner's 8-ball may have over-drafted their Wells Fargo account.


Where are they now?

Seemingly every year, you toss aside a video game that you spent so many hours going hoarse over the year prior. Whether buried deep into the collection, used as a coaster, or pawned for 3% of what you paid for it, you move on. Well shame on you!

How to NOT be Jay Mariotti

Deadspin covers four lessons learned from a personal meeting, as well as having read his 'awful' book. What's Jay been up to? In his book he takes a few stabs at Deadspin. Let's see how they respond

Most Hated Figures In Sports 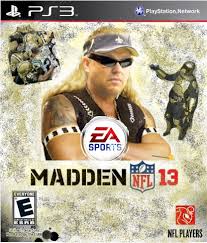 No surprise, but there's a 'Ram' on the list….and he's #2 overall in the 'Hatred Dept.' Should this guy even be considered a Ram at this point? Seems it's more tarnish on an already dull reputation. #1, at least at this time of year, may not be a surprise. Those voting clearly aren't on the bandwagon!

Representing players and coaches from all of sport, take a look-see at the top 20 most hated. Most importantly, how does a hero like Coach Cal end up on the same list with that scum bag Lane Ki…..

Lebron James, often criticized for his non-existence when it matters most, has taken control of the NBA finals series with the Thunder. He finds himself just one game away - tonights home game - from quieting [at least] a few of the critics. They won't be calling him Jordan or Kobe if he wins, but let's face it, he's great….and he's one win away from re-writing his legacy. Tip off's at 9pm EST.

I was pretty fortunate to grow up in the 80's, as far as toys were concerned. Music…..well…music pretty much died then, but I digress.

I had all kinds of goodies as a kid. G.I. Joes, Transformers, He Man, My Buddy, yea, I had a glow worm, so what? I also had a Super Soaker, so say something!

But one of my favorite was a 27 pound bear that was as soft as a bag of rocks. In his spine you could either play (via cassette tape) friendly, bear-like conversations or 'Sussudio' by Genesis. He was a great friend, and I loved him, but not as much as this guy…

Have it your way. Maybe not at the [Un]Grateful Deli

Ever been in a Subway or Quiznos, you're starving, and the person in front of you is being extremely picky? I'm sure you have. "Umm…can I get a little more meat?" Unheard through the bulletproof glass, the customer then screams 'MORE MEAT!' You may be that person. If so, please stop. In this article, he's not playing around. Forget the manager…he's taking you to the proper authorities


Can't Afford Sunday Ticket? Blame it on your girl!

Japanese Company Cle de Peau Beaute is releasing a moisturizer that costs $13,000 per bottle….per less-than-two-ounce bottle. No thanks, Jennifer Lopez, keep your Fiat. I'm set with my hand cream! And though that may sound crazy, the amount (average) spent by an American woman per month, might be eye[liner] opening. You think Sunday sport packages are costing too much? Check her bathroom, and reconcile your receipts!

This man, has a 100 lb. pouch on the front of his mid-section. I'm not sure that I need to say more, as you've probably already clicked the link. It seems a bit 'ballsy' to me for him to be turning down offers for free surgery. No one, and I mean no one, will ever questions his testicular fortitude. I know they've got Big and Tall stores for ladies and gents of differing sizes, but where does one buy pants to fit a crotch that weighs the same amount as a high school kid?


I'm proud of My Kentucky Roots

Couldn't get up or didn't want to get up? You tell me. An hour doesn't seem like that much time. I mean c'mon…who hasn't passed out on the….

Explosion happened at 8:15 PM Tuesday night. I heard 2 booms and smelled something but didn't really know what happened. About 20 minutes later our group of 200 was rushed out of the building where we stood around for several hours with a huge group on the lawn. The staff started bringing out water, sandwiches and candy. At about 11:00 they started busing people (1000s) over to the Grand Ole Opry about a mile away. We bedded down on the padded church-like pews. I had row F seats 10 - 13. Free food and drinks there too. Then they brought over sheets blankets and pillows from the hotel. At 3:15AM, they announced the all clear and bused us back to the hotel. No panic and the Opryland handled it well. Now gotta go to bed.

Future heir to the British throne by day,
woodchuck by night - Prince Williams (1982)

...Enjoy the Day, Rams fans! Thanks for swinging by. A special thanks for sharing your near-death experience with us, ramdude. If I had a sandwich for every time something blew up at my house….well…I'd need the pants that the 100 lb. sack guy wears