NFL Headlines: 5 Must Watch Headlines For The 2012 Season

Share All sharing options for: NFL Headlines: 5 Must Watch Headlines For The 2012 Season 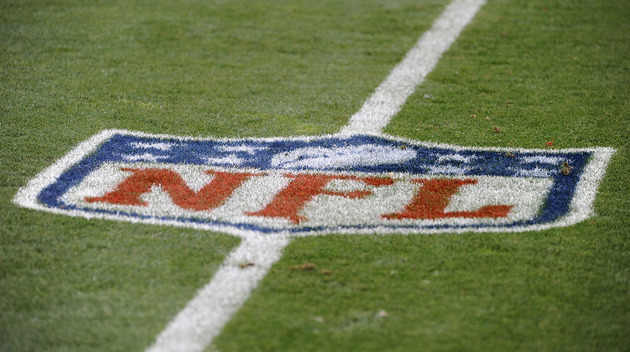 As we inch ever so closer to the kickoff of the NFL season, there are still several story lines that fans desperately await the answer for. From the frenzy of offseason transactions to the draft, there is a lot to be excited about, and just as much to speculate on. As some gossip lies relatively dormant, it's only a matter of time before it resurfaces.

Let's take a look at FIVE of DC's most intriguing headlines, as of right now, for the upcoming season…. 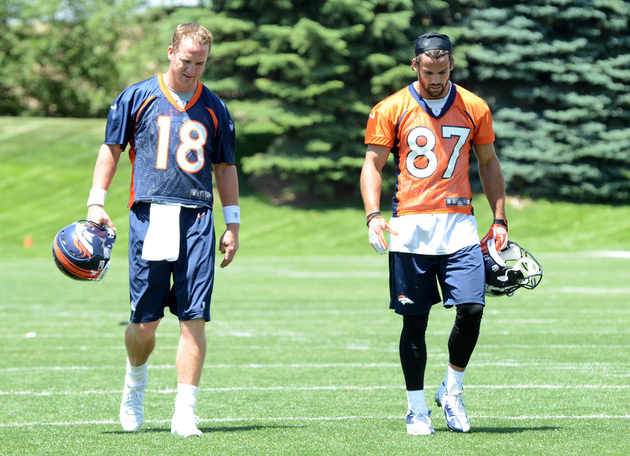 #1. Peyton Manning As a Bronco - A difficult decision, no doubt, but Jim Irsay opted to take the Colt's franchise in a new direction in 2012. In doing so, one of the best quarterbacks to ever play the game hit the free agency market, ultimately signing [a more lucrative contract] with the Denver Broncos.
Now, we're all very aware of what Peyton Manning can do when he's healthy. He sat out the entire 2011 season due to neck surgery, so his health is an uncertainty. Manning will test his durability, and ability to throw with accuracy in Denver, where he'll likely finish out his career.
On the other side of the coin, the Colts selected Andrew Luck with the first overall pick. What if Manning continues to be Manning in Denver, as Luck struggles to get the Colts back to legitimacy? 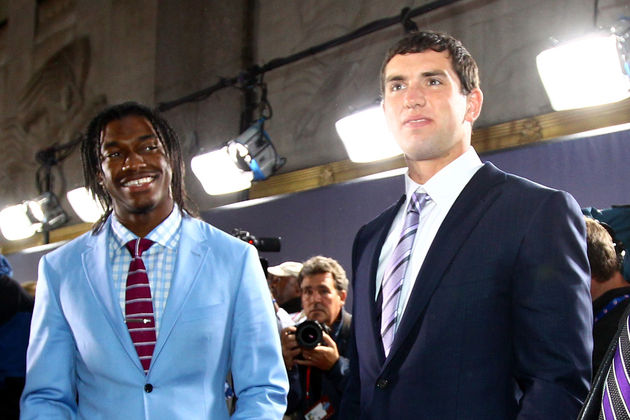 #2. Comparing the Rookies - For months leading up to the draft, there was almost no talk of Andrew Lucks potential landing spot…unless you were a Colts fan. Outside of that, the majority of the talk (and media attention) focused around Robert Griffin III - last year's Heisman Trophy winner. Andrew Luck is also booooooring!
Give the Colts credit. They made a gutsy call by allowing Peyton to walk, and they probably chose the right time to do so. Luck has proven he has all the tools - mentally and physically - to be a success in the NFL.
These two guys find themselves in completely different situations as far as their teams are concerned. The Redskins, who've been waiting for RG3 for decades, will undoubtedly throw him to the wolves as well. Should the expectations for these two be any different because of the teams (and divisions) they play for? 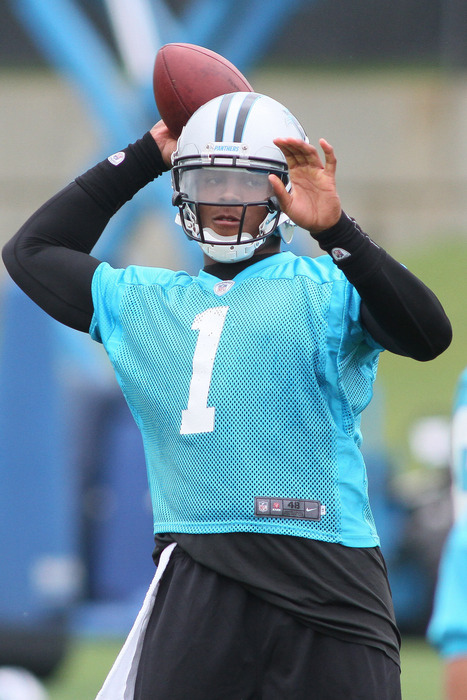 #3. Cam He Do It Again? - The two aforementioned rookies have some big shoes to fill in their efforts to become 2012's Offensive Rookie of the Year award winner.
Cam is…well…amazing. He RAN for 706 yards last season, and 14 TD's. You've seen this guy run. His speed and agility are lethal in the open field. But if he doesn't beat you with his athleticism outside of the pocket, he'll do it with his arm…
He completed 60% of his passes in his first year, while starting in all 16 games. 4,051 yards and 21 TD's later, he's hoisting another trophy, only this time it was for being the NFL's Rookie of the Year.
The Carolina Panthers were able to muster six wins in 2011, after winning only two games the prior year. I think it's fair to say you can give Cam credit for about five of those W's.
And then it happens…the 'sophomore slump.' Will Cam be able to avoid the enigmatic descent that many second year QB's suffer? Even if he doesn't completely falter in 2012, and signs point to his improvement, he's certainly set the bar high.
Rookie Records 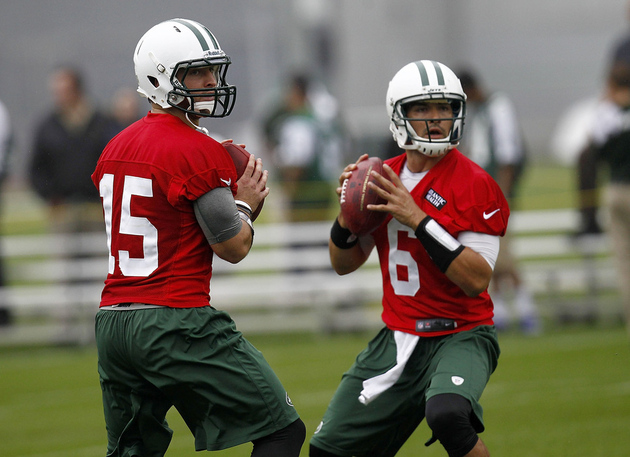 #4. When Will Tebowmania strike the City of New York? - After drafting Tim Tebow in the first round of 2010 draft, the Broncos decided to - somewhat surprisingly - give up on him. But hey, you got Peyton, right? Fans loved Tebow for pulling them out of the gutter Kyle Orton had so nicely placed them in, and for getting them to the 2nd round of the playoffs.
"Foot-loving" Rex Ryan had to do it. On a team that already has questionable QB play, he's now has one of the NFL's most talked about players waiting in the wings. It's just a matter of when the NYJ faithful turn on Sanchize. Any guesses? 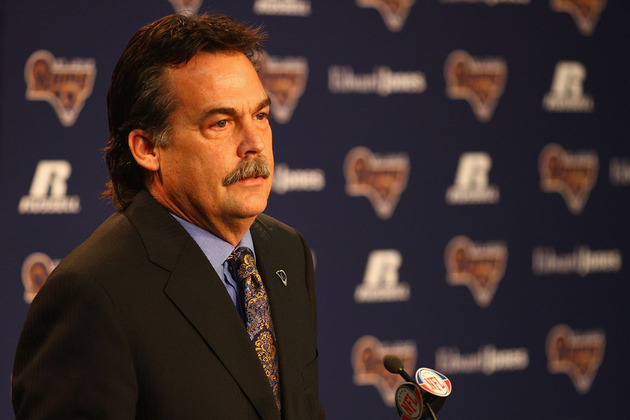 #5. The Growth of Jeff Fisher's Mullet - I mean seriously…When's the last time he cut that thing? Is it a superstitious thing you're doing until the Ram's win their first game?
You've done so well on the front. The fine lines and immaculate fading of your salt and pepper-condiment-retention-lip-piece are stunning. Even with the suit, you're business in the front and party in the back.
Is there any chance that he trims that beautiful Kentucky Waterfall in the 2012 season?