Share All sharing options for: The Rams, Mad Men and Two Lives.

Season five of Mad Men concluded last night under a deluge of negativity, loneliness and a dark cloud of "anything but this"-ness. Me being me, I somehow started thinking about the Rams and Mad Men this morning.

If you've never watched the show and you're interested in doing so or if you're not caught up to last night's anticlimactic finish, this is your spoiler alert. Spoiler alert.

(SBN-related note: If you're just looking for proper reaction to the finale, Spencer Hall aces it here. Shocking, I know...)

Now I'm going to have to approach this as if you're seen every episode as I have, and you're coming to the table with a decent sense of the thematic structure of the show. Why? Because it would make no sense to write 50,000 words on everything the show encapsulates and go back through hours of Don's hard-wired escapism or his lifelong attachment to masquerading. Or Peggy's struggle to find her identity somewhere on the triangular spectrum of Joan as an empowered woman who knows what she wants and has the control to get it, Megan/Betty as the confused, immature pragmatic and Don as the ultimate power-hoarding puppet master.

It would be fun (and probably cathartic), but this isn't the place.

Instead, this is where I look at the characters as they lie after last night and ask a simple question: which Mad Men character resembles the 2012 St. Louis Rams?

Mad Men's use of popular music to supplement the thematic development of the show is often heavy-handed, chiefly one could argue because they avoid leitmotifs. That's okay though, because it's alright to be blunt sometimes. Using Tomorrow Never Knows at the end of Episode 8 was a pretty great double entendre - (a) Don is not young or cool, and he's damn fine with that, and (b) after discussing the fact that SCDP can't afford the Beatles because "Who can afford the Beatles?", Matthew Weiner answers that. Mad Men can, because it's bigger and better than anything else.

Season five, though, ended without as much pretentiousness. Instead, as Don looked into the offing dealing with what is less a line from a TV show and instead a more permanent philosophical question ("Are you alone?"), we were treated to Nancy Sinatra's lissome voice from the titular theme song from the 1967 Bond movie, You Only Live Twice:

You Only Live Twice or so it seems,
One life for yourself and one for your dreams.

You drift through the years and life seems tame,
Till one dream appears and love is its name.

And love is a stranger who'll beckon you on,
Don't think of the danger or the stranger is gone.

This dream is for you, so pay the price.
Make one dream come true, you only live twice.

Nice. Nice in terms of the show's series arc, Don's uncomfortbale season-long plodding through fidelity, the unimaginable future (Now that SCDP is raking it in financially, can they get their freaking ethical/moral/cultural house in order? Is Megan actually going to make a career out of acting? Will Roger ever wear clothes again?), but also in terms of connecting the show to the Rams.

Change "live" to "play" and "life" to "game" in the lyrics, and suddenly you have a fitting ballad about sports:

You only play twice or so it seems,
One game for yourself and one for your dreams. 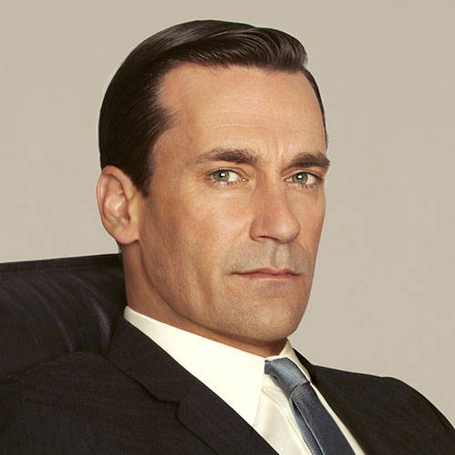 No. Don is a control freak who can have any companion he wants but never knows who that really is. If anybody, Don's the Dallas Cowboys. Or the Washington Redskins. Don Cowskins.

Oh hell no. Childish. Insecure. Absolutely pathetic on every level. Without trying to be too mean here...Oakland?

Nah. Peggy found herself ultimately stifled by her mentor/father figure/unattainable sex object in Don to the point that she actually left the agency in season 5. She has no real identity because her professional desires make up roughly 99.98% of her existence; stupid dresses and hairdos are the other .02%. Peggy Olson is whoever moves to LA.

Ha. Joan's the adult. The pro's pro. Smart enough to know when to say no, when to say yes, and when to just shut your damn mouth. Clinical in her decorum, Joan is who everyone goes to when they don't know what they're supposed to do or how they're supposed to do it. On some level, there's a jealousy that surrounds her perfection, on every outward level (yes, including those two things, boys). But her personal life (hilarious though dickish mom and weirdo rapey war hero husband) is, let's say, off. Joan is the New England Patriots.

Hehe. Roger's the best kind of crazy. LSD-fueled rebirth, Megan's mom, the money quotes -- Roger's better at life than all of us. And somehow, he knows it and pulls it off without being a smug asshole, like Pete. Roger's the Packers. 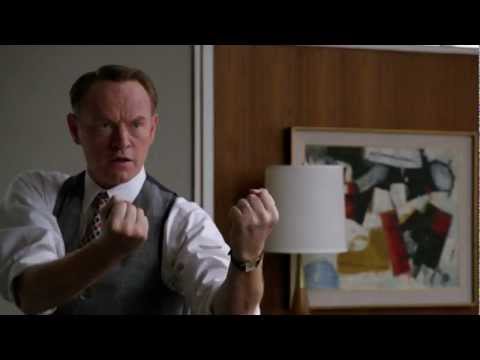 Sad. Just sad. Not going to go over this one too much. Lane is every team who ever shut its doors or moved. The Oilers, the Browns (old Browns, mind you), NFL Europe. Goodbye, dear friend.

This one's tough. Maturing in front of our eyes, Sally combines the naïveté of youth with a wisdom beyond her years. And she's good at making Betty look stupid. But if Betty's Oakland, that doesn't make a great fit for anyone as Sally. Let's just say Denver and move on. 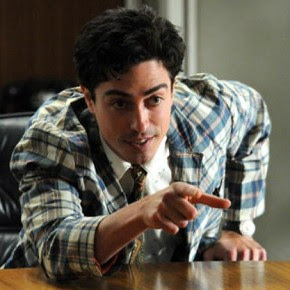 My favorite character of season 5 by a mile. Ginsberg's better than anyone, he knows it, but it's impossible to figure out how he's so good. He wants acknowledgement and love, but without the professional drive of Peggy or Pete. Still, there's something strange about him. His whole Martian/Holocaust concentration camp birthplace thing in episode six. His dad. Ginsberg's weird in the most likeable way. New York Giants, obviously.

Sorry, Rams fans. We're Pete. Born into nobility with a history seared into the upper crust, the Rams have moved around (Cleveland>LA>OC>Anaheim>St. Louis) insatiatingly with successes at every stop. But things just aren't right right now.

Things aren't the way they're supposed to be. Physically, our home isn't right. We're finding it difficult to succeed professionally, even though we're doing the right thing from time to time. And damnit if we don't want it as bad as anyone else.

But no matter what we do, things have not gone our way. We have to admit that it's largely our fault. We need to be saved before it's too late. The difficult part is nobody's going to do it for us. At some point we have to commit ourselves not just to success, not just to success on our terms, but the kind of success that brings respect.

Because in the end, that's all we really want - to win the game and be respected for it.

Make one dream come true. You only play twice.