A chance to be great. Jeff Fisher thinks quarterback Sam Bradford can take his career as far as any NFL quarterback, etching his name on the list of all-time greats. The St. Louis Rams signal caller has a long way to go before he gets there, but he certainly seems to be on the right track.

One sure sign that Bradford is on his way to greatness: dating a super model.

Bradford was spotted at the Coachella music festival in California this week with Karlie Koss.

Koss, 19, is a former ballet dancer who grew up in suburban St. Louis. She went to Webster Groves High School.

More photos after the jump. Also with Bradford was Danny Amendola and Chris Long, who you can see in the picture below. 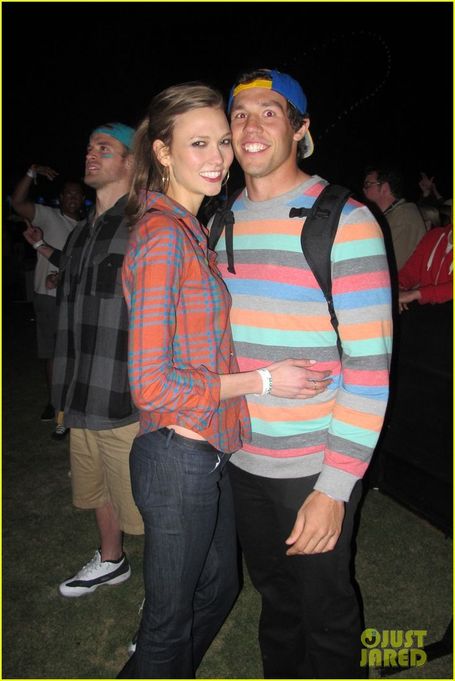