I'm not sure why I did not think of this sooner, but every so often I get flabbergasted when I hear people who want to retain the services of Danario Alexander. It's always surrounding the 'potential' that he has, based upon his size and, when mobile, speed. A red zone threat, maybe? But how rarely have we been in the red zone, and how rarely is he on the field? Danario has played 18 games in the past two seasons, and considering he's had (at least) 5 knee surgeries, his reliability and durability need to be more a focus than his potential and athleticism. More questionable, is your opinion and how it applies to your geographic location... 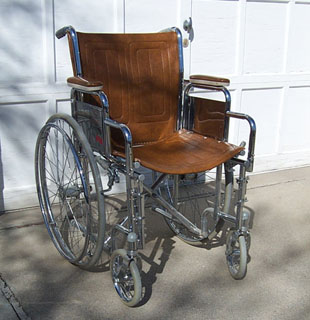 The fact that he was as, or more, productive than Jeremy Maclin in college no longer matters, as far as I'm concerned. By holding onto DX, we're tying up a roster spot at a position which I'll trust you understand has ZERO depth. There are plenty of tall, fast receivers with questionable hands that we can find to play 16 games.

I don't intend to put up any kind of stats, or 'highlight' reels of what DX has done. I too wish he was healthy. The fact is that he's not, and he will not be. He needs to be let go, and it needs to happen in March or April of 2012. You disagree? I'll assume we can all operate under the confines of the honor system, so fill out the poll below..........but I'm calling you a homer!

Whats your opinion on DX, and where's it coming from?