Janoris Jenkins makes plays. Let's take a look at how one of the plays he made against the Cardinals developed.

Share All sharing options for: Breaking It Down: Janoris' Pick 6's Part 1

The Rams defense has had some trouble forcing turnovers recently. That all changed and we have Janoris Jenkins to thank. Let's take a look at the one of the two plays that led to 14 points for the Rams.

The Rams come out in nickel cover 2.

The responsibilities in a cover 2 are as follows:

Janoris is responsible for the short to intermediate routes. The Rams only rush 3 and choose to drop a defensive tackle into coverage. Mikell has coverage over the top of Janoris. Dunbar floats out to cover the hook to curl. 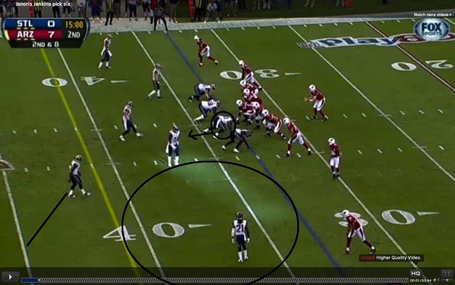 At the snap, we see Janoris carry the outside receiver (X) up the field as the inside receiver (Y) begins his out route. Janoris keeps his eyes in the backfield attempting to read the rookie QB's eyes. 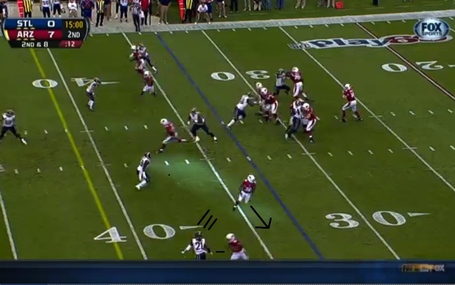 Throughout the play, Janoris keeps his eyes inside watching the quarterback and the wide receiver threatening his responsibility in the zone. As the inside receiver begins to challenge Janoris' zone, knowing he has safety help over the top for help, he leaves the X and breaks on the out route. 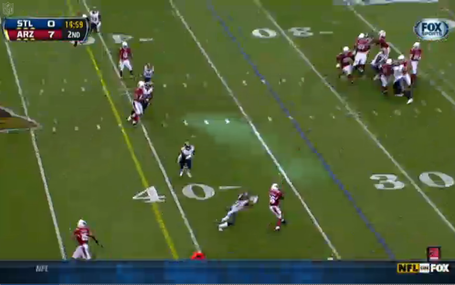 Coming out of college, Janoris was known for having fast feet and exceptional closing speed. Both of those attributes helped him make this play. Janoris stuck his foot in the ground, drove on the route, and made the play. 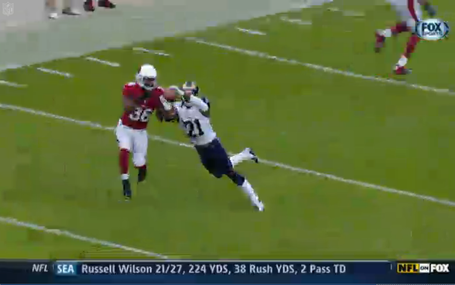 Janoris then uses the exceptional speed I previously mentioned to take this pick to the house where his quick feet were used in celebration. 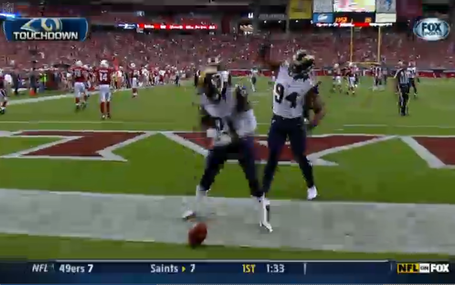 People were wondering, including myself, why the Rams were playing soft coverage. I would guess this is the answer. The Rams want to let their corners come up and make plays. Janoris made two big ones. Janoris gave the Rams the two things they needed the most, turnovers and points. Let's hope his play continues to be a bright spot on this defense for a long time.