Tidbits and morsels are just enough to get you by, right? Today, I have a bit of a 'nosh for you. It's a few things I spotted here and there that I thought you'd find interesting.

Share All sharing options for: Saturday Odds and Ends

First, I HAVE to show you is what I think is the funniest play of the entire NFL season to date. This play looks like something out of an Adam Sandler movie. It stars none other than Mark Sanchez. Take a look:

If you have trouble viewing the Gif, right click and open the image in a new tab.

Some interesting numbers by Michael Saffino, who writes for the Wall Street Journals and Yahoo Sports.

Fantasy Football Power Ranking for Defenses (The "Power" column reflects the number of points a defense is predicted to give up this week. The Lower the number, the better.)

CBS Sports gives it's Rams-Cardinals game prediction. The Jets game lost the Rams quite a bit of respect among the mainstream media... DC burned his Rams tu-tu after the game. I wonder if he survived Black Friday?

Coaches on the hot seat? The soon to be unemployed coach group is growing, and it appears to be led by Rex Ryan...

Norv Turner is soooo gone at the end of the season. I've always liked Turner, and I think he'll be back next year as an offensive coordinator for a team like the Jets when their entire staff is run out of New York. 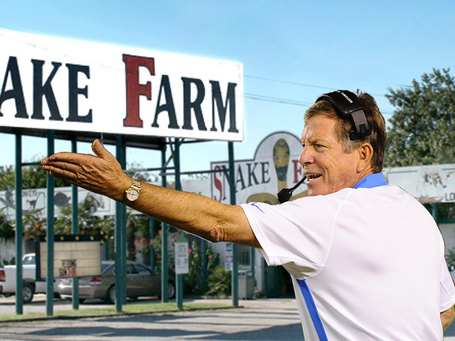 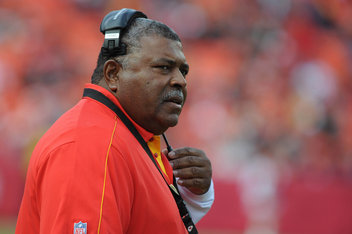 Andy Reid is hitting the bricks in Philly. How do I know? Have you ever seen a parody about an NFL coach on Youtube? This one is seriously good by the way.

The Dallas Cowboys will be shopping for a new coach, and it may be a tough to find a quality team leader who's willing to subsist under the nosiest owner in the NFL: Jerry Jones. Jason Garrett will head to the college ranks if he's let go, and I think he'll do well in the NCAA. 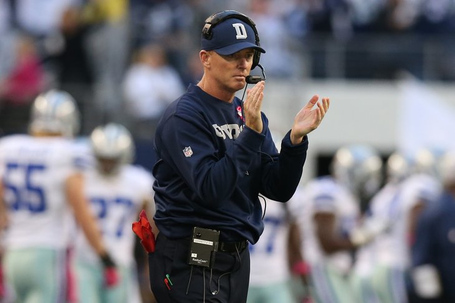 Have a great Saturday, and I'll see you in the game thread on Sunday!