A poor showing against the New York Jets left the Rams humbled after an embarrassing 27-13 loss. The Power Rankings don't reward the powerless.

And yet, it just doesn't match up to when I get with the whole fam...but then again, we're on a different level: 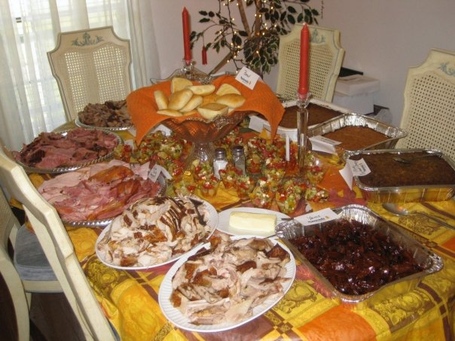 Then again, when your family makes its own boudin from scratch... 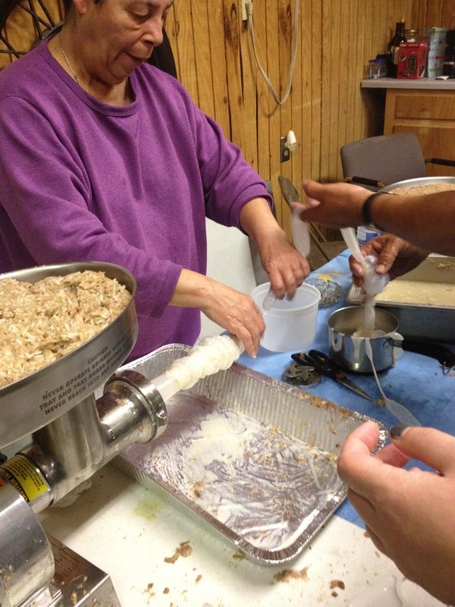 So, yeah. I'm a fan of Thanksgiving. Food + family + football = fun. Oh, and it doesn't hurt when there's something to sip on. Just saying.

Hope everybody's Thanksgiving is set up to be a good one, boudin or not.

It's kinda looking like Sam Bradford isn't the answer. Sholudn't he be showing more by now? Or is this on the lack of talent around the Rams offense? I can't figure it out.

The Rams have now gone six games without picking off a pass after collecting eight INTs through four games.

At some point, Sam Bradford has to start playing ball. His career has a Rick Mirer arc to it, at least at this stage. On Sunday, he threw 44 passes ... for 170 yards. Talk about no gas mileage.

Young teams are going to have games like they had against the Jets. This is all about building to something.

Danny Amendola now realizes a tie is much better than losing to the Jets.

Steven Jackson had only four second-half carries in loss to Jets.

If the opposition can take away Danny Amendola, there isn’t much left to get burned by.

Tough to figure out the Rams after the Jets blew them out at home.

The Rams defense has turned into the anti-Bears, going five games now without forcing a turnover. In a related development, the Rams are 0-4-1 in that span. St. Louis has been trying to punch out of its weight class for a while now, but getting back into NFC West play this week (where they are 2-0-1 this season) at Arizona should help snap Jeff Fisher's team out of its stupor.