Happy Thanksgiving Rams fans! I hope this Thursday morning finds you well, and thankful. I also hope that it finds you with an appetite for both food and football! The Rams won’t see the field on Thursday, but the day is chock-full of some very exciting match ups that could have serious implications on a team’s playoff aspirations. Grab your AM beverage of choice, have a seat, and enjoy the Random!

Before I kick this morning’s RR off, I’d be remiss if I didn’t show my gratitude to this community and what they’ve done for my Rams fandom. I joined Turf Show Times just over two years ago, with minimal knowledge of the site, or blogging in general. I was immediately enamored with everything the site had to offer. The quality of the writing, and the interaction amongst Rams fans instantly made me a member, and there’s been no turning back.

As embarrassing as it sounds, and I’ve got no problem putting myself out there, I sent Ryan an email telling him just how much I enjoyed my first day on the site. At that time, I was less than 30 days away from getting married. While my wife frantically tried to finalize things for our wedding, I sat fully entranced in Ramsdom. Ryan, as busy as he was, took the time to respond back, thanking ME for sharing my thoughts on what was then - and is now - my favorite place for all things Rams.

I could probably write a Devin Briar-length post on just how much the managers, editors, authors and moderators have helped me; not only in writing about the Rams, but more so in how they’ve provided me with information and insight that has shaped me as a fan. I’m certainly thankful for that. More importantly, I’d like to thank all of the loyal TSTers who swing by regularly to provide their insights, offer their opinions, and make this site the greatest Rams community out there.

If you’re reading this, thank you! You are a part of the reason I’m proud to be a Rams fan. Go Rams!

Pigskin Preview For Week 12: Bleacher Report VIDEO Picks Are In!

There are only three votes to be had…and it’s even after two. Who ya got? More pertinent, who do they select? The video starts with a Rams zing: "You can’t spell Amendola without ‘amen,’ and the Rams are going to need a prayer." How does the fella who takes St. Louis represent? Well, he thinks Lance Kendricks is Bradford’s best buddy…so you tell me.

I’ll admit, I’m guilty of taking the 2012 season one game at a time, and therefore the realization that we’re 75% of the way through the regular season has escaped me. Gregg Rosenthal, from NFL.com, highlights how the Rams aren’t the only thing that you’ll be sticking your fork in for Thanksgiving. It’s over. The good, the bad, the Bradford, and the Jackson. His thoughts, if you’ll click the link.

I started the series when I first encountered AP Pro 32’s take on the St. Louis Rams back in September. I’m not sure how often these come out, as I certainly don’t seek their opinions, but it would appear it’s weekly. Luckily for me, I only report back to TST when I stumble upon them. Chris Berman and Cris Collinsworth have consistently hated on the Rams since I first heard from them in September. Chris still hates the Rams….the other Cris, well…he didn’t even show up to comment. 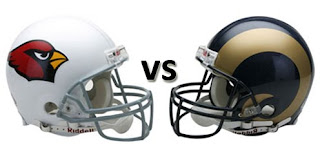 The Rams have now lost five consecutive games. The hope was there. The talent appears to be there…at a minimum, it’s upgraded. Yet, as the team continues to find ways to lose [or tie], a lot of the Rams woes are a result of penalties. Rant Sports has a finger extended, and it’s not a player.

Walt Updates His 2013 Mock Draft Board

This one you’ll probably like, and it seems to be increasingly popular. It’s a little bit of what most Mock Draft experts - yourself included - are looking for to quickly address some glaring needs. I can’t say I wouldn’t be thrilled with this 1st round for the Rams.

What We Learned. What’s Next. What the Heck?

Pro Football Weekly weighs in with thoughts from Week 11, a prognostication on Week 12 for each of the divisions’ teams, and it provides inside on why the majority of the NFC West is leaving it’s fans scratching their heads…or bandaging them. The Rams face another woeful division rival. They owned the Cardinals in Week 5. What will Week 12 bring?

Congrats to Texan’s and their fans, who’ll get to enjoy their first ever Thanksgiving day game. As one of the AFC’s powerhouse teams, a matchup against the Detroit Lions provides game-day viewers with two potent offenses with which to pummel their pumpkin pies. It might surprise you to know that even though Detroit’s season has been blah, a 527-yard performance by Matt Schaub still places 12th in the NFL in passing yardage….Matthew Stafford’s 4th.

In what used to be one of the NFL’s fiercest rivalries, the Washington Redskins and Dallas Cowboys matchups have certainly lost their sizzle. This matchup has - in recent years - become nothing more than a game where folks who live in Washington D.C. [but somehow are Cowboys fans] get to sport their gear, and pretend that they could point to Texas on a map. The Redskins haven’t won the division since 1999, and the Cowboys consistently find ways to not win even when they do make it in. One key difference between this year and the last decade would appear to be a very promising young QB wearing burgundy and gold.

I have it on good authority that these are the two most hated teams in the NFL. I don’t give out my sources. Click the link if you care what happens to either of these teams on Thursday. I’ll warn you, I loathe these teams, so if you’ve got children around…well, consider yourself forewarned. 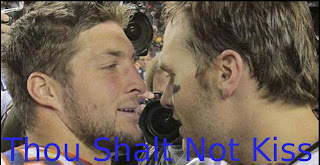 The first Thanksgiving, Thanksgiving history, Thanksgiving today, and good ol trivia about the turkey all found in one great link. If you want to sound like the smartest of your drunken relatives, give this a read. Actually, it’s probably safer if you print it out and keep it in your pocket. You’ll undoubtedly say something you shouldn’t after your 9th Budweiser...

Take a gander at this little nugget of Thanksgiving Day football history. A list of every single Turkey Day game, dating aaaaaaaaaaaaaaall the way back to 1920. Some of you are probably old enough to have been to those games. :)

Get Yo Shop On!

If you’re Black Friday savvy, you’ve probably already acquired this information from one of your super-secret insider sources…..or you get the newspaper. Either way, here’s an easy, electronic way for you to know where you can buy your new 55" 1080p LED best friend before your A-hole neighbor does.
Nine Laughable Thanksgiving Day Quotes From Comedians

This is no more than nine comical one liners about the years next-to-last Holiday of over-indulgence. Folks like John Stewart, Stephen Colbert, Kevin James, and Jack Handey weigh in. Good for a couple of chuckles. I preferred Kevin James’ the best.
Be Thankful for These Easy Thanksgiving Day Football Recipes

Everyone celebrates Thanksgiving in their owns way. For most, it probably involves a giant bird and three weeks worth of accessories. It’s a day to show thanks and appreciation. You spend time with your friends, family, and loved ones. There are those, however, that see it as a day to access three more NFL games. If you’re hanging with buddies, or kicking it by your lonesome, here’s a few snacks that might make not having to stick your hand in a turkey’s hiney hiney hole... 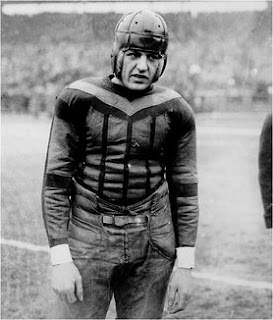 
Thanks for stopping by for your morning read. Happy Thanksgiving to you all! Have a GREAT day!