Any other Friday of the 2012 NFL season would be utilized to further speculate on the chances of your favorite team’s odds of winning their upcoming matchup. For Rams fans, however, Week 9 seems as good as any to take a step back, catch your breath, fix some drywall, and focus on fantasy football.

No matter where you find yourself in the standings of your Fantasy league heading into Week 9, do not panic. For those of you who have amassed a whopping two wins, THIS is the week in which you rebound and begin to mow down your fantasy opponents. In most leagues, at least here at TST [Yahoo!], the playoffs don’t start until Week 15. That’s six weeks to right the ship. With the information that you’re about to be awarded, a win is a near guarantee. Consider yourself back in the chase for the FF playoffs. You’re welcome!

Obviously, I can’t highlight every player in the NFL and their potential for success/failure in Week 9. What I can, and will, do is provide you with some folks that you’ll definitely want to put in your starting lineup, and some that you might want riding the good ol' fantasy pine. I will also be willing to field any questions in regards to your players, and the roster conundrums that you might be facing heading into Sunday. Let’s face it, you’re not getting this information from just another FF schmuck. I’m 7-1 right now, and have a firm grasp on the TST League 10 top spot [no input needed, RVB].

Fantasy Advice Numero Uno - It’s actually a four part piece of advice. Do not get your team wet, do not feed it after midnight, and do not expose it to sunlight. Most importantly, do not subject it to the advice of DouglasM

Fantasy Advice Numero Two - Intimidate your opponent. They see that you’re wounded. They sense weakness. They notice that it’s Friday afternoon and you’ve still got Daryl Richardson as a starter, and that you didn’t hit the waiver wires. Ish is about to change! You can do one of two things in this scenario:

1) You find the poll for this weeks matchup, and vote for yourself. They don’t know who voted, but to them they’re no longer the favorite. If they want to even the score by voting for themselves, you send a direct message to a buddy in your league and pay them [if necessary] to vote for you as well.

…can’t find a friend who’ll help you out?

2) Talk trash. Every league has a message board that allows you to "send a message." Your initial message should be about their mother and her "part time job." After that you go for the genitalia and STD zings

Fantasy Advice Letter Four - Know your team, and know your gameplan. Still got Legatron on your starting squad on Sunday morning? Good! The wankster that you’re playing thinks he’s already got this thing in the bag. Then boom, Janikowski sucka! Right before the 1pm games, you pull a quick one and throw in a team that’s now projected to bring the pain, Method Man style. Yea, he’s checkin his drawers… 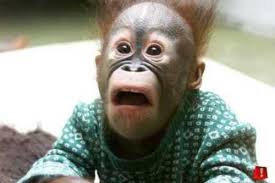 Cam Newton, QB CAR (@ WAS) - I know, I know. At this point in the season, you’re thinking ‘sophomore slump.’ Cam had ZERO TD’s and TWO Int’s last week against AT Chicago. Well, that was Chicago…one of, if not the, league’s best defense. The Washington Redskins are quite the opposite. Be encourage that Cam was able to throw for 314 on that Bears D, because the Redskins have the leagues worst pass defense, allowing 325 yards per game. Furthermore, they’ve given up the most passing TD’s with 19 [leads the NFL]. Quarterbacks, in terms of Fantasy value, feast on the Redskins secondary. This is the Week that you’re reminded why you drafted Cam Newton.

Willis McGahee, RB DEN (@CIN) - Did you know that McGahee is 31 years old? Of course you did. Did you also know that over the last four games that he’s surpassed 100+ total yards [rushing and receiving]? Liars. Well that’s 10 points right there my friends. He’s also scored two TD’s during that span. Have you ever heard that it takes 30 days to form a habit? Well McGahee is forming one to the tune of 13 points per. Whatchu talkin about Willis?!?

Denarius Moore, WR OAK (v. TB) - Coming off the bye week [5], Denarius and QB Carson Palmer have proven that there is a legitimate rapport. Over the last three weeks, he’s accounted for 236 yards [79 yd avg.], but has a scored a TD in each of those games. Thats nearly 14 points per game in standard scoring leagues. For those leagues that may have bonuses for long catches, Denarius has scored TD’s of 49 and 58 yards over the past 3 weeks. All of this has occurred while only snagging 14 catches. That’s 17 ypc. Oh, one more thing… only the Washington Redskins have a worse pass defense than the Tampa Bay Buccaneers.

Greg Olsen - TE CAR (@ WAS) - This one links back to Cam and his potential against a porous Washington secondary on Sunday. That’s not all, though. While it’s very possible that Steve Smith has a big day, Olsen looks to be a more-than-viable target. Unless you’ve got Gronk, Graham, or Rodriguez, you need to give Greg a look this week. The Redskins are tied for the NFL lead by allowing TE’s 7 TD’s through the first eight weeks. Six of those eight TE’s have scored. I know math is difficult, so I’ll provide you with a percentage…75% of TE’s that face the Redskins score a TD. I know it’s only half way through the season, but….oh, no that’s probably pretty solid reasoning. Check Greg’s stat lines if you want. You won’t be amazed, but he’s faced some pretty excellent D’s over the past five weeks. Also, unless you’ve got one of the aforementioned three TE studs, you’ve probably been disappointed with yours…

My final piece of Fantasy Advice - Kickers and Defenses are replaceable on a weekly basis. In my opinion, it’s completely worthless to draft more than one of either position. You select a defense [not too early], and you select a kicker [in the last round], and you stick with them until your bye week, or until they’ve proven that there’s someone easily accessible on waivers. I guarantee you that you’ve got someone like Jacquizz Rodgers on your bench who was never worth acquiring. Might as well swap him out for another kicker/defense if yours is on bye. It’s virtually impossible to think that you’ll ever find yourself saying "Oh man, did I blow it when I dropped Quizz." Go for projected points if nothing else…

Feel free to drop me a line, or question, in the comments section. Today, I’m highlighting a few players that you should start [and who to start them over] , and tomorrow I’ll highlight the same positions and who you should stay far far away from. As always, [meaning for the past month] I’m available on Twitter if you’re looking for some punctual, premium, personal, prognostications for Week 9.