This was an ugly game. The Rams losing at home to the woeful New York Jets 27-13 marked a low point for the Rams in 2012. Let's have a quick look at the players who did well, and the rest that left a stench in the Edward Jones Dome that will be hard to wash away.

So we saved the worst game of the year for a home game at the Edward Jones Dome? Yes, this one was worse than defeat to New England in London. Mistakes! Mistakes! Mistakes! Now the Rams are 0-3 against the AFC East this season, with a game - IN - Buffalo coming up in December... I haven't even mentioned the lost bet to Scott Salmon...Eeek! I guess a new tagline for a week is coming my way?

Let's take a quick look at the Quick Five for this game. It's hard to find a silver lining in the contest:

Steven Jackson earns one of the two "up arrows" for this week. He started off with a bang, rumbling through the Jets defensive line. Then for some unknown reason, the plays turned to pass plays and negated Jackson for the majority of the game. All in all, Jackson showed he still the stud 'hoss in the Rams running back barn. On the day, #39 had 81 yards rushing on 13 for a 6.2 YPC. Young Daryl Richardson had a hard day, and needs to work on his blocking skills.

The Rams offensive line took the day off today, and it's a wonder Sam Bradford wasn't sacked more than once. He was under constant pressure, and took quite a few hits. Shelley's "he just joined the roster" honeymoon is over. But he's not the only goat of the day for the Rams troubled line. Barry Richardson had his worse game since joining the Rams, and no one else did much better. The sad thing is this group was starting to earn Bradford's trust, and that's pretty much out the window now.

The "Disciplined Boys" from last week must have taken their one week "time out" to heart. Janoris Jenkins played well, and showed the talent we'd seen earlier in the year. Chris Given had a kick return for a touchdown called back, but was contained all day by the Jets pass coverage. I give them an up arrow for coming back with their heads held high after Jeff Fisher deactivated them last week for violating team rules. Jenkins has the tools be a special corner back down the road.

The defensive line for the Rams played with little or none of the fire we saw last week against San Francisco. They gave up crucial yardage in the red zone to a sub-par at best running back in Bilal Powell, allowing him to score two touchdowns. The three sacks they had were stat padding at best (two by Chris Long and one by Quintin Mikell). The jets' mediocre offensive line had the best game of the year against a Rams defensive line that never really got on track. This is a unit the Rams rely on to dominate a game, and they just weren't there today. 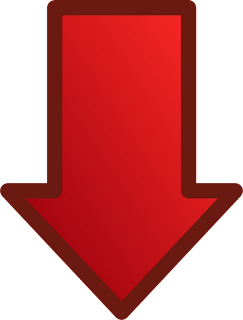 The Rams coaching staff was out planned, out adjusted, and down right embarrassed by one of the worst coaching staffs in the NFL. YES, I think Jeff Fisher has done wonders so far, but the number of mistakes this team makes every week fall squarely on in their laps. Fisher himself said in his TV show last week that a certain point, if a player keeps making mistakes, it's the fault of he and his staff as much as the players. While the penalty numbers were down, the negative turnover ratio is climbing. The defense acts like a ship without a rudder at times, and the play calling by Brian Schottenheimer was flat out bewildering Sunday. Bad, bad-bad! If I were giving a single grade for the coaching staff as a whole today, it would be a D-.