On Sunday, the Rams will host the Baltimore Ravens in a contest of footballing.  And while the modern Baltimore football team has built an impressive history in a short time around players like Ray Lewis, Ed Reed, Terrell Suggs and Jamal Lewis, Baltimore football was synonymous with one man for decades -- Johnny U. 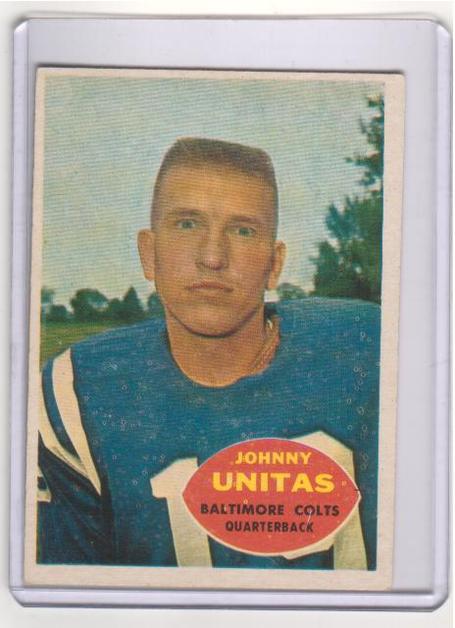 Now there's a haircut you could set your watch to.  Real talk, Unitas was a baller, a passer in a rusher's era.  Since the Ravens landed in Baltimore, they haven't really had a "franchise" QB until Joe Flacco.  Elvis Grbac, Tony Banks, Vinny Testaverde, Steve McNair and Kyle Boller all had their eras.  But Flacco's the franchise leader in damn near every statistical category.  The Ravens will go as far as he takes them.  On Sunday, let's hope that's just short of where Bradford takes the Rams.

In any case, my discussion with Bruce from Baltimore Beatdown, the SB Nation community for Ravens fans, is after the jump.

An incredible, complete win over the Steelers.  A reversal of fortunes against the Titans.  Is there anything you can say with any certainty about the 2011 Ravens through these first two games?

My belief and hope is that the 2011 version is closer to the team that beat the Steelers than the one that laid an egg at Tennessee. Last year we beat the Jets on MNF to open the 2010 season, laid an even worse egg, losing to the Bengals in game two, then went onto a 12-4 season. The Ravens will be just fine.

What happened to the offense last weekend? Was it the offensive line, accounting for Ray Rice's low yards per carry and Flacco's line, or was it a collection of individual performances?

There are so many areas to place the blame last week, but I will never use injuries, which was at the forefront of our problems, as an excuse. We were simply outplayed by a better team THAT day.

On the defensive side, what accounted for the inability to stop the pass - pressure on Hasselbeck or secondary play?

The simple answer is "yes" to both questions. Good secondary play is a factor of a solid pass rush. Without pressure on the QB, it wouldn't matter if we had Nnamdi Asomugha and Darrell Revision back there.

How concerned are you about the sustainability of the team, especially on the defensive side? Ray Lewis and Ed Reed, both deserving of first ballot Hall of Fame inclusion, aren't (or at least shouldn't be) in the Ravens' plans for the future. What does the rest of the team need to do to prepare for a Ravens team without those two on the depth chart?

Right now, there is no reason NOT to include both Ray and Ed in the Ravens future plans. Yeah, Ray said he'd retire if we win the Super Bowl and we're ready to see that happen. Ed still has a few more years left on his tread. Our safety position is as deep as any unit in the NFL and we still have both Terrell Suggs and Haloti Ngata on the defense, so the defense will remain among the league's best.

So it's season number four under John Harbaugh. He's already paved the way for two head coaches in Rex Ryan and Hue Jackson to take on their own head coaching roles. He had a 32-16 record prior to this season as the Ravens head coach. But two divisional round exits and an AFC Championship exit (two courtesy of your BFFs, the Pittsburgh Steelers) behind him, how comfortable is fan base with Harbaugh moving forward? Is there confidence that he can get it done?

Three seasons coaching here and three playoff performances equals a pretty decent start by any standards. Harbaugh is not the best coach in the league but he obviously is good enough and the players like him, so he will be here for the foreseeable future. The same cannot be said about Offensive Coordinator Cam Cameron, who continues to be under the gun.

Thanks again to Bruce from Baltimore Beatdown for the info.  Now I gotta go get a haircut 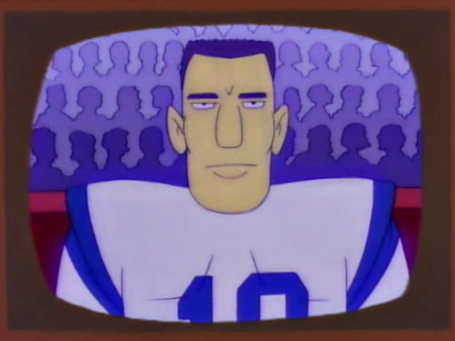