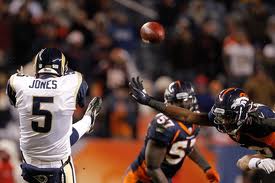 The best punter in the league I believe.  It's a sham that he's never made the pro-bowl.  He will be the main person who helps the Rams control the field position battle.  If he is on top of his game hitting punts inside the 20 regularly, it will be a great help for the defense. 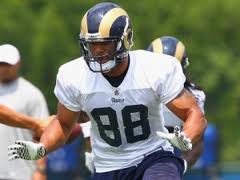 The Ram's second round pick in the 2011 NFL draft, Lance Kendricks was a bit of a surprise pick, but now since we know that McDaniels plans on installing the two TE system, it makes perfect sense.  He is a versatile player who will be the better of the two TE at receiving.  At 6' 3" and 243 lbs the Rams will be looking to use him in the red zone and off play action passes.  In order for the two TE system to work well, Kendricks will have to be able to dominate the middle of the field this season. 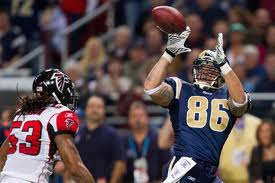 The two TEs of the two TE system in a row?  Preposterous you say, but I say not!  In my opinion the two TE system doesn't really need the TEs to play well to work efficiently, though it helps.  To me the two most important things is having a good QB and having a effective running game.  This allows for the play action game, the bread and butter of the two TE system, to open up.  Illinois Mike will be the TE who will be in pre-play motion more.  He will be used in a H-back type role.  He will be a lead blocker for Steven Jackson on a great deal of plays.  He will also have to be a very useful move the chain receiver for the Rams next year.  He already has great hands, decent speed for his size and he runs decent routes.  The only concern I have is if he can stay healthy. 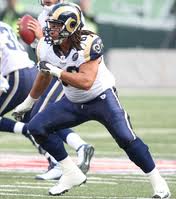 Only a week ago we though he was done with the Rams, but after he decided to stay because "We have a good thing going here."  He restructured his contract, which helped the Rams cap situation a lot.  The main thing he brings is that he is a really good pass blocker.  He helps keep those huge DTs off Sam and pick up inside blitzes.  The downside of Bell is he isn't a great run blocker.  He has the speed and agility to pull and lead block, but he doesn't have the size and strength to finish the blocks at times.  The thing that makes him important is he bring solidarity to the o-line.   He will be integral in pass blocking this year and I'm happy the Rams restructured his contract because he would have been hard to replace. 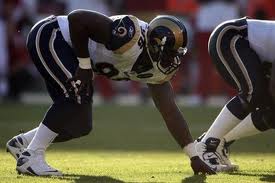 First off look at that stance.  Nice and low with a back parallel to the ground,  They should show this to young players, because that is almost perfect.  James Hall had 11 sacks last year leading the team, but he will be 34 this year and after drafting Robert Quinn his role will be diminished a little, so it will be hard to get double digit sacks again.  He will be a guy who can go inside on rush downs and provide more pressure than Muir or Bannan can.   He's a good bull rusher and I expect him to provide good pass rushing again this year.

Thanks for reading, check out the site on Saturday for #15-11.