Two years ago, I wrote this preview of the 2009 Governors' Cup (or is it Governor's Cup? The semantics of punctuation do not excite me). To summarize:

Twenty-five short years later, France went a little kooky and went from this: 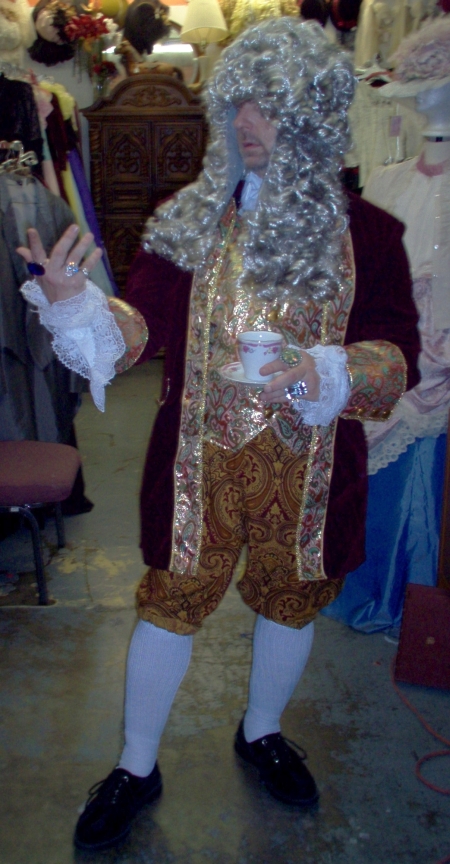 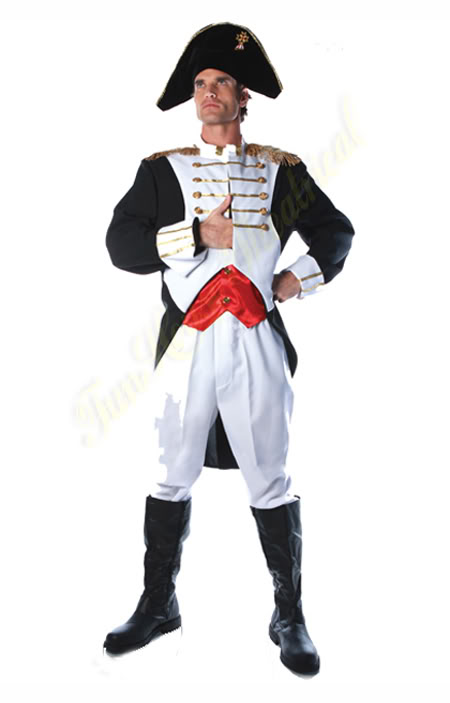 So with the St. Louis/French foofie outfits/TST look back at history behind us, let us wallow in this year's permutation of the Govern'ors Cup! Yeah, that didn't get me excited either. Preview after the fold.

For game-related info, check out the SBN page for the game. For Chiefs news leading up the game, check out Arrowhead Pride.

*Statistics won't be available until week 2 of the regular season

Another contest, another assessment of the Bradford/McDaniels offense. What's to be said? It's another opportunity to solidify the depth chart moving forward, get more reps between Sam and the stable of receivers, though without Mike Hoomanwanui able to go, it's going to be interesting to see if McDaniels holds fast to some 2-TE sets and to what extent Fendi Onobun will be used. Of course it's not just about the top team tonight; the Rams have to cut the roster down to 80, so the fourth quarter will be full of guys whose NFL opportunity is on the line.

The Chiefs offer a strong first CB in Brandon Flowers with a lot of questions after that, ending up in the middle of the pack statistically by most pass defense metrics. Eric Berry is, as expected, a stud at the back, giving them a strong foundation moving forward, but Javier Arenas (the 2nd year nickel back out of Alabama) was hardly reliable outside of his special teams contributions. The reserve depth at CB isn't bad for the Chiefs. Keep an eye out in the second half when Demond Washington and Jalil Brown man the corner spots for the Chiefs. They should be a good measure for the Rams' third team passing attack.

Yup. More of "not much to add" here on the Rams' side. Honestly, I'm most interested in seeing Steven Jackson get some reps. Out of his six carries last game, I only saw one that he could have busted for more yardage by going outside instead of trailing Jason Smith toward the inside. On the other five carries, there was just no room. Sure, Cadillac Willams and Jerious Norwood will get work in, and I'd be surprised if Keith Toston didn't get at least a few runs in.

This is where the Chiefs' defense is strongest, especially on the right side with Tamba Hali and Derrick Johnson. The left side features more technical defenders in Jovan Belcher and Andy Studebaker, though rookie Justin Houston is an option that should he pan out would give them a big presence across from Hali. Cory Greenwood has carved out a spot on the team and should feature tonight. Eric Bakhtiari will be in the mix as well, so any positive statement made by the running backs tonight would be an impressive one.

Everyone's favorite flashpoint returns tomorrow night. We know the starters; at this point, it's about guys like Quinn Ojinnaka (Flocka Flame - I think I have to use this when I mention him now), Renardo Foster, Cody Habben and Hank Fraley. Offensive lines just don't stay healthy for 16 games across all five positions but in the rarest of seasons, so getting the second tier guys on the depth chart time on the field is crucial at this point.

The Chiefs are pretty stout up front. Tyson Jackson is a physical, strong DE for the 3-4, but he's not nearly athletic as Glenn Dorsey on the other side (who I still contend would be much better suited as a 3-tech in a 4-3, and no I wouldn't mind seeing him on the Rams). And at NT, they're pretty deep, with Kelly Gregg, Jerrell Powe and I believe they've used Anthony Toribio there as well. Keep an eye out for Brandon Bair, the rookie out of Oregon.

What an unpredictable group for the Chiefs. Rookie WR Jon Baldwin is still out with punch-induced hand injuries, but Dwayne Bowe is still (when the effort's there) as talented a big threat as there is in the league. Adding Jerheme Urban and Steve Breaston were good moves that add talent to the position, and Dexter McCluster offers a unpredictable athlete at multiple spots. With Tony Moeaki out, the TE spot is pretty bland. And Matt Cassel or not, the Chiefs' passing attack has been suspect in the first two preseason game. Mr. America himself, Ricky Stanzi, and Tyler Palko (aka Calabaloo) are fighting for the backup spot behind Cassel.

For the Rams, the corners look to be healed up (outside of the long-term injury to Jerome Murphy). Ron Bartell, Bradley Fletcher, Justin King, Al Harris and Dionte Dinkins should all see time. Mikail Baker is out though, and it's looking more and more like he'll be on the outside looking in when the regular season starts. Of course the big surprises at the back are Darian Stewart and Jermale Hines; Stewart reportedly will start in place of Craig Dahl tonight alongside Quintin Mikell. Jon Nelson is going to have to pick it up to stay on this team, so look for him to bring that "I am going play my ass of because I don't want to get cut" mentality.

The combo of Jamaal Charles and Thomas Jones is a solid 1-2 punch, and adding Le'Ron McClain was an important move to help Charles this year. Jackie Battle's gotten much of the work at RB in the preseason, but I haven't seen anything from him in the NFL. He was a capable back at Houston back in college, but he's been in the league since 2007. The second unit shouldn't allow too much from him.

The Rams' linebacking situation is totally in flux aside from Laurinaitis as the starter. It looks like Ben Leber and Brady Poppinga will get the early snaps with Laurinaitis, but Na'il Diggs, Bryan Kehl and Zac Diles aren't too far behind. And yes, more Josh Hull can't hurt.

(UPDATE at 4:01pm ET: It looks like Jamaal Charles might sit this one out, so that means plenty of Jackie Battle.)

With Jermelle Cudjo and Fred Robbins out, the Rams are a bit thin on the inside tonight. Spags' hand may be forced to work in some 3-DE sets; expect plenty of work from C.J. Ah You and Darell Scott. Of course, Justin Bannan and Dan Muir should factor heavily too.

The Chiefs have gotten much younger along their line in recent years. They've got talented young offensive tackles in Branden Albert and Jared Gaither, though they're a bit light on the inside with Ryan Lilja, Jon Asamoah and rookie Rodney Hudson, their second-round selection this year. The next step is finding a replacement for Casey Wiegmann who, well, let's just say he's not young. At all.

This week's top 3 storylines brought to you by stupid stories about animals that just shouldn't have been written.

Cause that's what smart people do to rats, is kill them with the available pointy tools. Similarly, the Rams' offense needs to kill off opposing defense with all the tools at our disposal. With Hoomanawanui out, this is a chance to mix it up with the WRs and maybe even throw Fendi Onobun in the mix. Worst comes to worst, just give Josh McDaniels a pitchfork and tell him to go crazy.

2.) We might eat frog legs to the point of extinction

No not us going extinct, the frogs. The point is, you have to know when to stop. When you've had too much of a good thing. Spags might need to be careful tonight with the team's reps. We discussed this on Turf Show Radio last weekend, because there is no right answer. On one side, you want to give younger, newer players reps, to get them experience working alongside the guys they'll be playing with in the regular season at game speed. On the other side, injuries can really mess a team up (see: New York Giants). So be careful with the frog legs tonight, Spags.

Maybe, just maybe, this is the stupidest thing I've ever read. Researchers found a turtle who:

had gaping holes in his shell, the result of two boat strikes. More than three pounds of sand were inside him, along with crabs, a raging infection, and a collapsed lung.

Bruh, sometimes you just let the turtle go. And we're getting close to that point with two notable Rams receivers: Donnie Avery and Danario Alexander. Avery needs to contribute significantly this year to prove he can mesh with Sam and product in McDaniels' system. DX just needs to be able to run. At some point (and unfortunately, it might be sooner rather than later), the Rams might have to let one of these two if not both go back to sea. And hopefully, they won't have three pounds of sand inside of them with crabs and a raging infection.