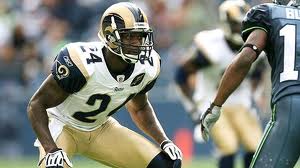 The most underrated CB in football in my opinion.  He is also one of the toughest corners in the game.  He is a great press and zone coverage corner.  He can also play man to man coverage above average.  His downside is he can't catch a ball, which isn't that big of a deal for the posision except for that you won't get any pro-bowl births without a good number of interceptions, unless your name is Nnamdi or Revis.  The thing I'm most conceded about with him is injuries.  He is a bit banged up right now and he's not fully precipitating in practice, but I don't think that injury is very serious though and I expect him to be ready.  I have my fingers crossed hoping he can stay heathy this year.

The toughest man on the team pound for pound.  He is a gritty slot receiver, punt returner and kick returner.  He had the most catches by far on the team last year and he was the only guy who Sam Bradford could depend on week in and week out.  This year some are saying his role will be diminished in McDaniels offense and also by the fact that Sam has a lot more options this year.  I disagree, I think his role will increase.  I think we will see him used just like Wes Welker is used.  I think he may get over 100 catches this year.  He is also a very good punt returner and I hope he stays in that role this season.  He is a average kick returner and I really think it would be beneficial if he didn't return kickoffs.  The reason for that is to help fight fatigue, because at times last season he was totally exhausted in the 4th quarter.  I'm expecting huge things form Danny this season. 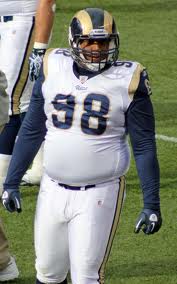 He was a huge help to our defense last year.  He brought a great penetration ability that no one else had and that the Rams haven't had in a long time.  He also was a very good pass rusher last year.  He had six sacks playing the one technique.  The main issue with him is that he will be 34 this year and there is a concern about how long he can keep up with his high level of play.  I think that for this year there won't be a huge issue with his age, but next year or the year after maybe.  We will have to get a replacement eventually but for now he is one of the best 4-3 defensive tackles in the NFL. 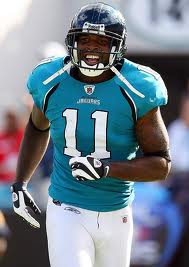 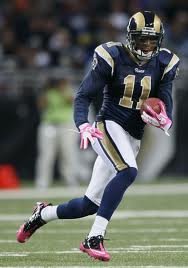 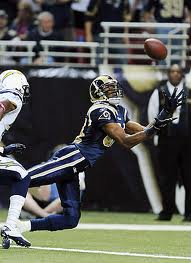 Last season the only guy we the fans could count on every game was Amendola.  That will have to change this year for the Rams to be successful.  When I say someone has to step up I don't mean they have to be a #1 guy.  I saying I want good solid production out of them.  I want someone to step up and take the starting receiver position and get 700-800 yards and 6-8 TDs.  Since we always compare the Ram's offense to the Patriot's offense I want a Deion Branch type of guy, a dependable target who is productive.  The reason I put Mike Sims-Walker, Brandon Gibson, and Danario Alexander in the pictures is I think they are the most likely guys to step up.  Gregg Salas, Austin Petits or Donnie Avery could definitely step up as well.  The fact is the Rams will have a very tough time next year if they can't find another dependable WR to throw to besides Danny Amendola. 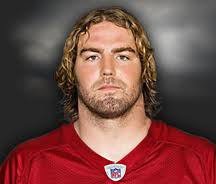 The big signing for the Rams this year, Harvey Dahl will step in immediately and make the offensive line much better.  From what I've heard he is a mean, nasty, mauling right guard.  He is a tremendous run blocker and will instantly help our rush offense, especially in short yardage.  Remember last year on 3 and short when the Rams would run the ball up the gut, Goldberg would then get destroyed and Steven Jackson was tackled for a loss.  Don't expect the same this year.  I think he will also bring a new nasty attitude to the offensive line.  Seeing a guy like this in action will really help Jason Smith.  At times Smith hasn't shown much toughness and hopefully Dahl's nastiness can rub off on him.  Dahl's impact on the team this year is going to be huge.  He will help all aspects of the offense improve this year.

Check TST Saturday for the finale in this series.  Thanks for reading.