The St. Louis Rams wrapped up another day, the second day, of training camp today. By all accounts the receivers put on a clinic for all to see. Of course, receivers means defensive backs, and they had their moments as well.

RamBuck was on the scene, under a blistering sun at Rams Park today to see the practice. He was kind enough to send us some photos of the players on the field today.

The pads come on tomorrow, and the hitting starts.

After the jump, check it out. Thanks again to RamBuck, aka @lannyosu, for the great pics. 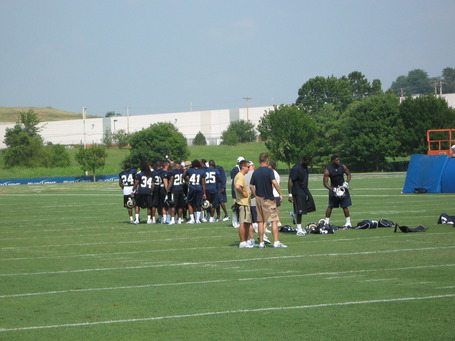 That's the Rams defense, getting ready to do some work. 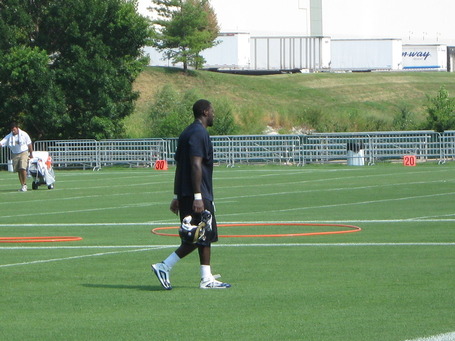 Here's George Selvie, who showed up a little heavier, in a good way, than last year. 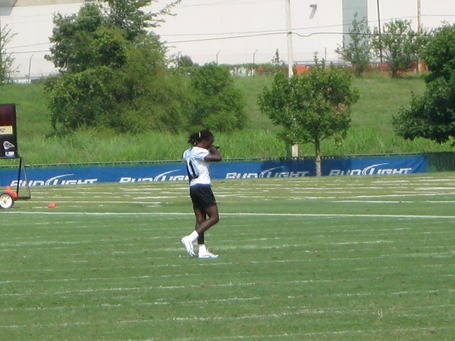 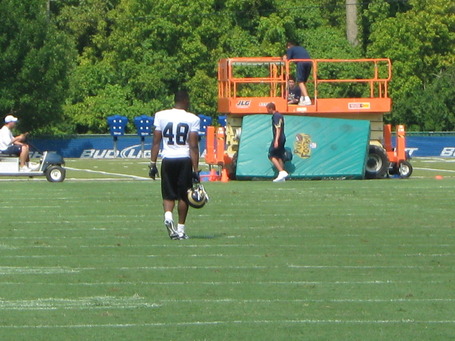 Fendi Onobun. With Daniel Fells in Denver now, there's one less tight end of Onobun to compete with. He weighed in at 261 lbs this year, after being in the 240s last year. 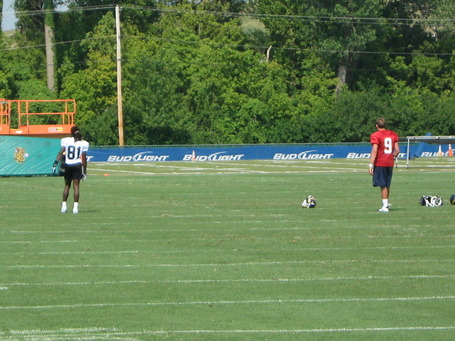 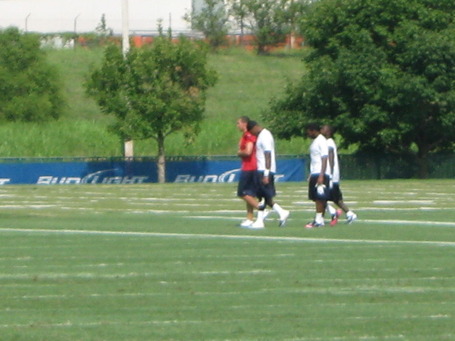