Share All sharing options for: Inside 3k's brain - June 23rd 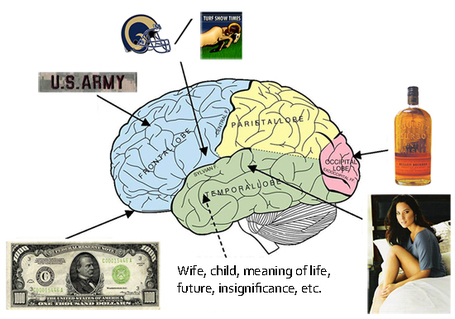 It's been about a year since I dropped one of these, which sounds about right.  Most of the crap that doesn't come smoking out my ears isn't worth much anyway.  But we're close to football (yay) and our revolving door of elections is, uh, revolving (boo), so there's just enough room between Olivia Munn and that $1,000 bill for some independent thought.

Stuff after the jump.

It's over folks.  The lockout has come to an end, and it's time for football.  Sure, there hasn't been an agreement and free agency hasn't opened up, but it's over.  You can tell it's over because of three simple indicators:

1.) De Smith has his lockjaw on, Pash is (for the most part) doing the same, and the media are reporting the details of the dealings, not the dealers themselves.

Remember a couple months ago when all we had to talk about was De Smith's hat choice of the day, or which player was calling Roger Goodell a new choice nickname or how pompous the owners were in their approach?  All that craps gone, because they're actually trying now.  And it's never been an uncrossable divide.  Both the players and owners want to stay rich and wealthy (respectively), and the only way to do that is more football.

Football on Thursdays.  Football in Europe.  Football for 18 weeks.  More football, more money, more win.  The details have a strange way of working themselves out when there's billions of dollars floating around (see: Groupon IPO silliness).  Speaking of which, that brings us to the next indicator that the lockout is over.

2.) The owners are fighting with each other now, not the players.

I'm sure I wasn't the first to bring it up, but months ago I mentioned that the real issue wasn't true-up or an 18-game season or any of the oft-cited wedges that separated the players an owners.  The issue wasn't between the owners and players; it was between the owners and themselves.  Small market v. big market (I think that's a Supreme Court case).  Revenue sharing.  Sentence fragments.  But the most obvious indication that football has returned is...

3.) The Mannings are doing DirecTV commercials.

Stupid stupidity, from D.C. to the bleachers

There's not much of an analogy to be made from the mess of a political system we have these days and (I can't believe I'm linking this) the Bleacher Report, except that my reaction to just about anything that comes out of either is almost always, "What the hell is this crap?  People are fonking idiots."  Feel free to use your own replacement for "fonking."

Having moved to D.C., I thought I would gain a greater appreciation of the dirty grind of politics and policy that drive legislation in this country.  Instead, it's like living in a city that stinks because of the paper factory and just moving closer to the factory.  Either way, it still smells like shit.

Like this piece, which suggests Vobora was "proven innocent."  Of what, we're not sure.  He was never a defendant in any court case.  And yes, the piece does make the absolutely ridiculous claim that:

He struggled last season in a limited role, but this whole episode could pump new life back into him.

That's it!  The case cracker!  This is, by the way, one of my favorite crap arguments for anything in sports.  "Situation A is ending soon, and that could absolutely ruin/completely help player X."  They never seem to care about Situation B or Player Y.

Just a note to the wizards at B/R: having a thumb for a story titled "10 Ways Rams Can Contend in NFC West" on your Rams page and linking to a slideshow titled "10 Things That Must Happen in 2011 Before Winning the NFC West" can be confusing, since can and must aren't synonyms anywhere outside of Bleacher Report.  Also, this is just silly.

I'm not trying to preach.  I make mistakes.  Everyone at SBN makes mistakes.  But there's a difference between making mistakes every so often on things like grammar or spelling and this.  So keep it up, Bleacher Report.  You make me better every day.

Why is the NCAA still trying?

Take a look at the SBN college football home page - it's got more stories about sanctions and broken rules and suspensions than anything else.  And for good reason (h/t Holly Anderson):

According to the NCAA, there are 17 schools with major athletic departments (whose football teams compete in the Football Bowl Subdivision) that have never been found guilty of any major violation in any sport since 1953, when the NCAA began tracking rule violations. That's about 14% of the total.

...There are only four athletic programs from major conferences on the list. They are Boston College, Northwestern, Penn State and Stanford.

The article notes that BC, Northwestern and Stanford all benefit from being private schools, as it allows them an exemption from FOIA requests.  The problem is that NCAA rules, for the most part, are just stupid.  So stupid that Joe Paterno, the legendary (in every sense of the word) head coach of the Penn St. football team -- one of the few programs noted above -- broke a rule this week accidentally.  And I'll just avoid what's going on with Oregon for brevity's sake.  At this point, can't we just suspend the NCAA?

The fans should be able to suspend the NCAA for the 2011 college football season.  Think of the craziness!  Money, booze, Stephen Garcia (which all go together), agents...which isn't any different than the NFL.  I'm just tired of acting like I give a shit that Ohio St. players got tattoos for merchandise.  Or that someone tweeted something against the rules, or this recruiting infraction or whatever.  Just give it a break.

NCAA, you have to sit out this season.  If you're good, you might be reinstated for the 2012 season.  Or you can transfer to minor league hockey.  Either way, stay out of football.