Tevin's recap of the Rams vs. Seahawks Week 17 game

Share All sharing options for: Tevin's recap of the Rams vs. Seahawks Week 17 game

How is everyone doing? I don't know if you guys are having a boring weekend like me, so I decided to do something. Look at the game that everyone hated, The Rams vs. Seahawks NFC West showdown. I don't blame anyone for avoiding this game like the plague. However this game showed a lot about the Rams, and what they need to improve next season.

For once, I'm going to show my personal side. I found a Seahawks fan video, (No other lengthy video) with quality footage. Above the video, I will talk about certain plays that stood out. Below the video, you will see these big ass pictures that I took, while I was in Seattle for my first NFL game. Why are they so big? Who knows, but because I got a new computer I can't resize them. So anyway, lets look at the video after the jump, If you can handle the pain.

From the start to 2:56minutes: Our Seahawk guide shows us the locals, and around Seattle a little bit.

8:17- 8:25 minutes: The game finally starts, with a big Seahawks kickoff return. Good thing there was a penalty on the play, but this play would be the beginning of the end for the Rams.

Now, I will highlight the important plays, rather then every play.

8:25- 8:32: Whitehurst throws a short dump off to the running back. Chamberlain sees it too late, and easy first down.

8:32- 8:52: This was the big play, the Seahawks hit the Rams with that big play in the first quarter. The Rams blitz the slot corner, and Martin does a wheel route. Dahl messed up the coverage, and then misses the tackle.

1131: - 11:45: Horrible blocking, but Bradford showed his poise on this pass. Bradford also got hit hard, the defender came untouched.

19:31- 1937: One of Bradford's worst passes of the season. I remember watching it unfold, and I knew it was going to be a pick. Gibson ran a curl, but the linebacker was sitting under it. Easy interception.

21:25 - 22:22: This was the hardest time of the night for me. At this moment we all knew the Seahawks won, but the two Bradford hits, and the Fell's hit hurt the most.

Now here are the big pictures. 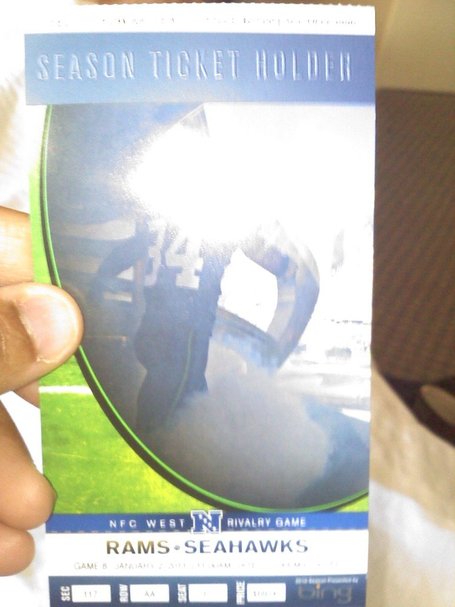 The ticket to the game, I don't even know if I still have it. 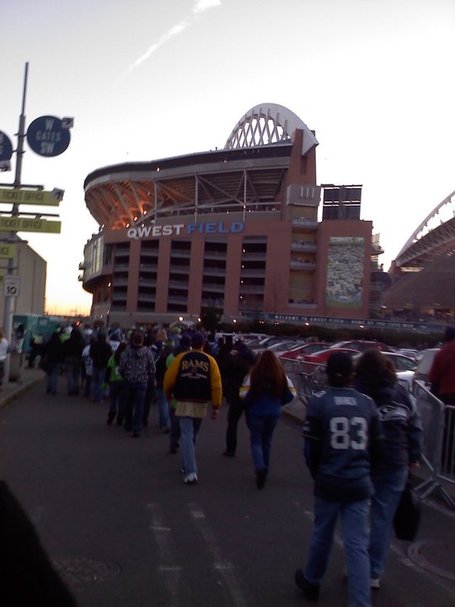 On the way to the game. 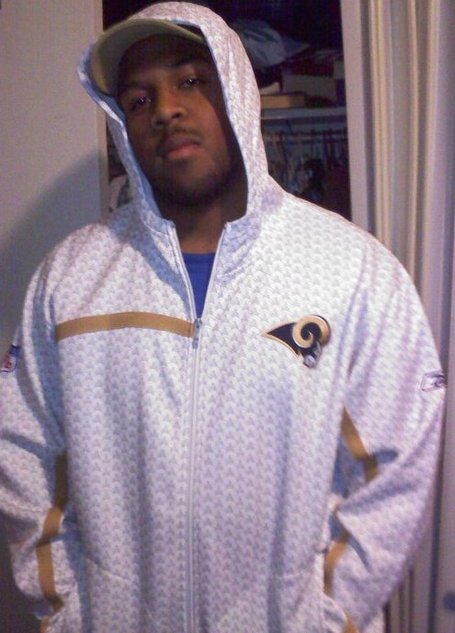 You all know who this handsome fellow is. 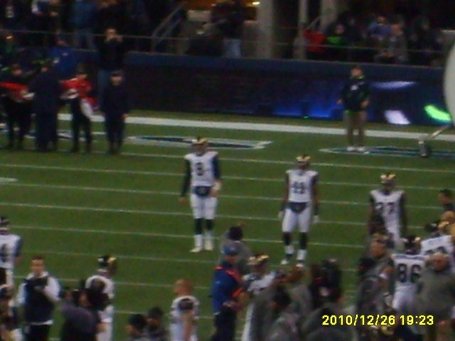 A bad picture of Sam and Gibson.