Sorry it took so long. I forgot that I was the judge of this contest, until I felt Doug's eyes on me from outside my bedroom window... I swear I was was "studying". I'm not going to lie, this contest was hard to judge. I narrowed it down to 30 and then went from there. Luckily I was able to knock it down to 28 two days later and now here we are.

Before I tell you the winners, let me tell you a Christmas story... Just kidding!

Here are the winners:

Spags really does love treating his team, when they do a good job. 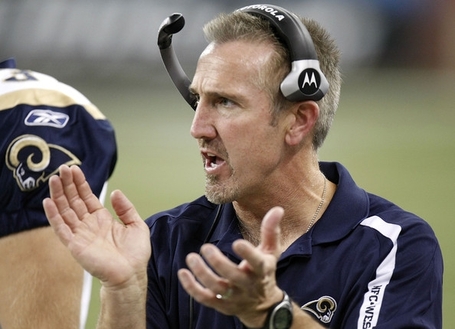 Honestly, I'm sure that this was an awkward conversation. 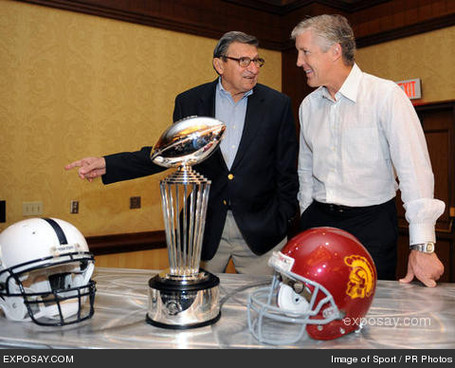 "So I ask Jerry about 20 years ago to pull my finger, I should’ve recognized the light bulb going on in his head when he asked me if that applied to other body parts." by dbcouver

Right now, who doesn't love to talk about the great Tim Tebow? He's done everything, but walk on water. 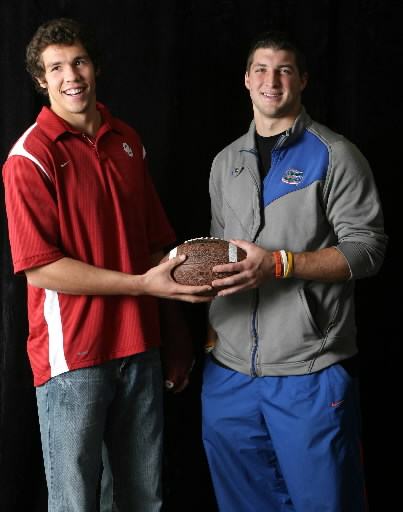 ‘I promise you one thing, a lot of good will come out of this. You will never see any player in the entire country stare longer, or stand stiller, than I will for the rest of this photo shoot…..’ by DCRamFan

All the entries were great you guys, and most of them made me laugh. Special shout out goes to Rampage28, I was really close on giving you a couple of wins, but these stuck out for me more. Keep trying, I'm sure you will win one of these contests.

***You three winners remember to email Doug about your prizes.***