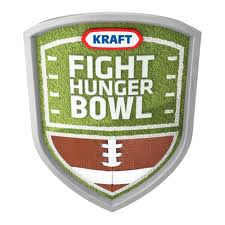 Today I'm bringing you a preview what may possibly be the worst bowl game this year. My Fighting Illini (6-6) will be taking on the Bruins from UCLA (6-7) in San Francisco at AT&T Park in a match up of two teams that both fired their coaches after the regular season.

This is still a game that has some good NFL prospects, especially on the Illinois side which is front lined by Hendricks Award Winner Whitney Mercilus, who lead the nation in sacks with 14 and a half.

More after the jump.

First the NFL prospects for both teams.

Jonathan Franklin is a good RB. He has nice speed and good quicks, but he is a bit on the small size. Also has a fumbling problem. Could be a late round pick if he declares.

Nelson Rosario is a good WR for the Bruins. He had over 1,000 yards in his senior season and he has great size (6' 5" 219 lbs.). He doesn't have the blazing speed, but with his size he doesn't really need it. Today's game and the combine will be very important for his stock.

Joseph Fauria is a huge TE. He is 6' 8" and is a good athlete for his size. He has decent hands and will probably be a mid round pick if he declares.

Datone Jones stock is on the rise as he put in a nice season at DE, raking up 6.5 sacks on a bad UCLA defense.

First off, the sack leader in the country Whitney Mercilus was simply a beast for my Illini this year. Great motor and he has great bull rush moves. Also has a very nice burst off the line. His weakness is he doesn't have a wide array of moves as of right now, but with his skill set he figures to develop nicely in the NFL. If he puts up some good numbers at the combine, he will be a first rounder.

Another interesting prospect for the Illini is senior WR, AJ Jenkins. He had a break out year for the Illini this season. He had 1,196 yards this season and averaged over 14 yards a catch. He has good speed to get down the field. He is a good route runner and he has fantastic hands. The negatives on him are that he never had to run a complex route tree at Illinois and because of his smaller size (6' 1" 190 lbs.) he really will struggle getting off press coverage in the NFL. Still with his skill set he will be picked around the 3rd or 4th round.

Others to look at: Weak side tackle and 4 year starter Jeff Allen a good pass blocker who will likely be a late round pick. Graham Pocic who is a good run blocking center, but he won't likely come out this year. Michael Buchanan, who will also probably return next season, is developing into a very good edge rusher. Sophomore Jonathan Brown is a monster at OLB. DT Akeem Spence is a very good run defender, but he doesn't provide much as a pass rusher. Corners Tavon Wilson and Terry Hawthorne both have NFL futures, but probably as depth guys.

As a student at Illinois, I saw the supporters go from complete backing of the coach to calling for his head in a matter of two months. This is because Illinois is the first team in FBS history to start out 6-0 and then finish with 6 loses to go 6-6. The Illini started off hot and were ranked 16th in the nation. We finally believed we've made it as a program; that Zook had finally turned it around. Dreams of the Rose Bowl were in our minds. Little did we know, we weren't even close.

A complete collapse on offense and special teams occurred. The Illini only scored 11 points per game over the last 6 after they averaged over 34 for the first 6. The great thing about the Illini is the defense has been fantastic all year, finishing ranked 7th in total defense in the nation. Their efforts weren't enough to save Ron Zook's job as he was fired after the season.

Illinois has since hired Tim Beckman from Toledo, but he won't be coaching in the game. Instead the Illini will be lead by defensive coordinator Vic Koenning, who will be leaving Illinois to take the same position at North Carolina. Why he wasn't retained at Illinois baffles me.

As for the UCLA side, they had an equally bad season as the Illini. They also fired their coach, Rick Neuheisel, after the season. Offensive Coordinator Mike Johnson will lead the Bruins in the game today. They finished 6-7 and had to get a special wavier to play in a bowl game, which was granted. The reason for the seventh lose is the fact that since USC couldn't participate in postseason play, UCLA played in the Pac-12 Championship, where they lost to Oregon 49-31.

Meanwhile, UCLA hired a big name for HC in Jim Mora Jr. Time will tell if Mora, whose coached in the NFL for a long time, can recruit with the likes of USC in the Pac-12.

UCLA brings an effective offense to face a great Illinois defense today, but the Bruin's defense is just as bad as the Illini offense. This game will come down to if Illinois can get any offense going today. The defense is good enough to stop UCLA, but the offense must put points on the board.