Who will the Rams hire at GM, if (when) Billy Devaney is fired?

Share All sharing options for: Who will the Rams hire at GM, if (when) Billy Devaney is fired?

The St. Louis Rams have been horrible this season to say the least. It has been so horrible that the the fans are calling for blood. One guy who looks like he's on the chopping block is Billy Devaney, the team's general manager.

His drafting in St. Louis has been shaky at best. Some of his picks have been great, such as James Laurinaitis and Chris Long, but he has failed to be able to pick up impact players in the later rounds, which is what separates the good GMs from the mediocre GMs.

This season, no pick past the 5th round of the 2011 draft is still with the team, though it is too early to judge the impact of the most recent draft class. Also, only three of the eight picks from the 2008 draft remain on the team Chris Long, Chris Chamberlain and Justin King. A second, third and two fourths from that '08 class are no longer with the team.

Furthermore, he made the huge mistake in that draft of picking Donnie Avery over DeSean Jackson. The 2009 draft was probably the best for Devaney, which isn't exactly saying much. He picked two very good young defensive players in James Laurinaitis and Bradley Fletcher, but none of the other players he picked have made a great impact. Jason Smith seems to be a bust (but I don't fault him for that pick, many other reasons Smith is struggling) and Darell Scott makes a very small impact for the defensive line. The 5th and 6th rounders, Brooks Foster and Keith Null were cut from that season, but Chris Chamberlain is starting to have an impact on the defense and looks to have locked up the weak side LB spot. Additionally, the 2010 draft has only landed two real impact players, Sam Bradford and Rodger Saffold.

Overall of all the picks that Billy D has made for the Rams, less that half (48.5%) of the pick remain with the team. This is an unacceptable number, considering that the team was so under talented when he took over drafting in 2008. His poor drafting has been one of the major reasons the Rams have been a failure this season and in my opinion he deserves to be replaced.

My list of potential GM candidates after the jump.

Let me start by saying that these lists are very difficult to make. The front office, except for the GM, works without the media even noticing. Furthermore, a good GM stays with a team longer than a good head coach The job security is higher for people in the front office than the coaching staff, simply because there is less pressure. This make it so there is little turnover in front office, which makes it difficult to pinpoint candidates for GM.

Now the first order of business is deciding what qualifications are needed. Besides the obvious (good eye for talent, etc.), the first and most important thing I would be looking for is experience - preferably with a great organization. I want a guy who worked with guys who do it the right way. I want someone to come in already polished by a great organization. Now, some want a candidate who has either been a coach or has had experience being a GM, but for me that's not a big issue.

First, many coaches aren't that involved in drafting and evaluation talent as much as people believe. In most instances, coaches coach and GMs handle the personnel moves, though they do consult on most moves, but their involvement in the draft and scouting players is limited. Second, as mentioned earlier, there isn't high turnover in front offices. This makes is so not many former GMs are on the open market. Additionally, all great GMs had to start somewhere. They all had to take that initial job with no experience as a GM, but they still ended up being a great hire.

*By the way, these are in no particular order

The man is a legend in St. Louis. He lead the Rams to their one and only Super Bowl title and he has been in football for many years. Their is a question on if he would want to even come out of retirement to take the job. 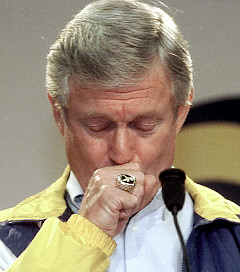 He is currently working for NFL Network but this man has a lot of experience working in the front office. He even had a stint on the Rams in 1996. From 1999-2007 he was Senior Personal Executive where he worked closely with Al Davis. By the way, I just found out when researching Michael Lombardi, but apparently he is of no know relation to the legendary Vince Lombardi. Thought you all should know. 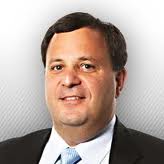 Marty has been a great coach in the NFL, but the big one always eluded him. I guess coaching the Browns, Chargers and Chiefs will do that to you. He still managed to achieve a record of 200-126-1, so he has had great success in the league. He hasn't coached or worked in the NFL since the Chargers fired him in 2007. I do not question his skill at talent evaluation, but would he want to come back into football to work as a GM? I'm not so sure on that. 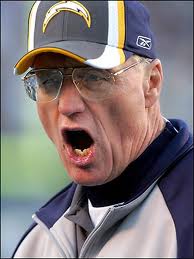 He is the director of college scouting for the Green Bay Packers. The Packers have been the best team at drafting players over the last few seasons under the leadership of Ted Thompson. There is no doubt that Ted Thompson had to rub off some knowledge on him. He has been working with the Packers for 21 years, so he has great experience. He would be one my early favorites. 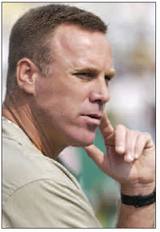 Director of Player Personnel for the Colts. He has worked under Bill Polian, maybe the best GM in football. Definitely a guy worth looking at, though I'm starting to question some of the Colts' personnel moves. They are so horrible this season since Peyton Manning went down. Were they ever really that talented, or was that all Peyton Manning? 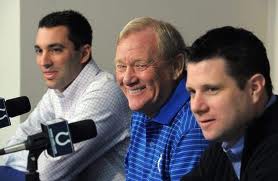 * Telesco on the left

Director of Player Personnel for the Falcons. The Falcons have successfully made a turnaround since falling to the bottom after losing Vick. The Rams desperately need a turnaround and since Snead has experience in that area, he could be a great candidate to look at.

In my opinion he would be better for a coaching candidate, but his name has been thrown around. He has had great success in the league as a coach, but he would be an unknown in the front office. Hiring a GM with no FO experience would be a ballsy move by Stan Kroenke.

He has a great deal of experience at GM. He was the GM of the Redskins from 1989-1999 and was the GM of the Texans from 2002-2006. He had a very up and down career as a GM. The Redskins won the Super Bowl in 1991, he made some great late round picks with the Skins, and even drafted future Hall of Fame CB, Champ Bailey. He also picked two franchise players for Houston, Andre Johnson and Mario Williams, along with also getting DeMeco Ryans and Owen Daniels. On the other hand, he did draft one of the biggest bust in NFL history, Heath Shuler, and he also traded a 2nd and a 3rd round pick for Phillip Buchanon when he was with the Texans. In my opinion, there were more ups than downs for him in his career and he would be a worthy candidate.

This will never happen, but a man can dream! One of the best talent evaluators of all time, but he currently has no interest, to my or anyone's knowledge, in returning to football.

Former GM of the Packers. The first concern is his age, 72, and if he would even want to come out of retirement. He started his GM career off with a bang, hiring Mike Holmgren and trading for Bret Favre. Green Bay had a .639 winning percentage under him. He retired in 2001 from the Packers. I don't think the Rams job will be tempting enough for him to come back into the NFL, but it's worth a call.

He's been working with NBC for the past few seasons after retiring from the Colts as HC. In his career, he was known as a very good talent evaluator. He helped build three very successful teams, the Vikings, Buccaneers and the Colts, though Bill Polian is given most of the credit in Indy. I still question his personnel choices a little bit. Look at how bad the Colts are now with Peyton Manning out. Also, I wonder how much of the personnel choices were of Tony Dungy, or if they were exclusively those of Bill Polian?

Rams owner, Stan Kroenke, has probably been looking at a list of names for GM, if the reports are true that he is looking to replace Billy D and Spags. It's almost a certainty that some of the names on my list are on his list. It's also been rumored that Stan is trying to hire a team president, whose role would be very similar to that of Mike Holmgren's with the Browns.

Now would this new President be the one to actually hire the GM? It's likely that this would be the case. Kroenke has been known as an owner who doesn't get too involved in the teams everyday functions. Would handing that job to a team president be what the Rams need?

Possibly, but in my mind, that President's first action should be in hiring a new GM to try and get the Rams moving in the right direction.