Share All sharing options for: Why this game against the Arizona Cardinals will be like playing against an evil twin

This Sunday the St. Louis Rams will be playing their first game against a division foe. This will be the first game, where the Rams aren't big underdogs in a long time. Honestly, this might be an even game, even though no one will mention it.

After the jump, we will take a look at some of the similarities between the St. Louis Rams and their evil twins, the Arizona Cardinals. 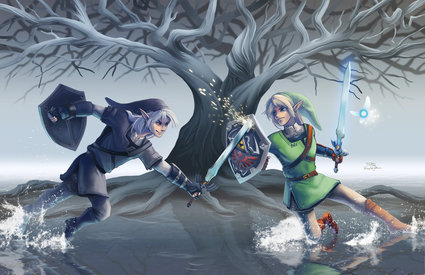 Failed expectations: Before the season how many people thought it would be the Rams and Cardinals 1-6, going into this game? Many people picked the Rams to win the division. Also many people had the Cardinals finishing 2nd or even winning the division, when they acquired Kevin Kolb. There is still plenty of games left, but the way both of these teams first 8 games have gone is disappointing.

The stats are just about the same: Let's make this as simple as it can be. On offense the biggest difference between both teams, is the points per game, Rams 12.4 points to the Cardinals 20.4.

The starting QB's aren't playing well: Before there is flak from both teams fans , both QB's haven't stepped up like it was thought they would.  You can make an excuse about Sam and Kevin not having enough time in their offensive system, their offensive lines and etc. The fact is, both of these players could have played a lot better. Also both of these players, probably won't even play this Sunday.

Both backup QB's might play: This can't be a coincidence right? Both quarterbacks are most likely out with injuries around their feet? This will be A.J. Feeley's third game starting this season, so the Rams shouldn't be at a big disadvantage. But then again how bad can John Skeleton be compared to Kolb this season? Guess we will find out this week.

Both of their defenses haven't played well all season: Besides a couple of games, both of these teams defenses haven't played well. The secondary for both teams might be to blame. The Rams lost three of their best corners to injury and the Cardinals traded their young corner, Dominique Rodgers-Cromartie to get Kevin Kolb. After that trade their secondary went downhill. Patrick Peterson is slowly getting better, but he can't play on both sides of the field at the same time.