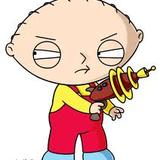 Rams fan since: When the Rams picked Sam #1

Favorite Rams player of all time: SJax, watched him play even though I wasn't a fan until the Rams picked up Sam

In his own words: "As of right now, I am in community college at NOC to get my Associates but after this I'm going to OU. As for jobs, I don't have one right now because not many are hiring and this is a really small town, not even a Walmart or McDonald's. I became a Rams fan when they picked up Sam as the 1st pick in the draft and haven't looked back since. So far this is a great community to be apart of and I hope they can get it turned around soon. Thanks for the opportunity.