It's time for another round of the TurfShowTimes caption contest!  Thanks everyone for participating and I hope we keep it going.

Our winner for Week 2 of the contest is revrue914!

The winning caption? "I go through more cards than a blackjack dealer in vegas."

I've decided to add a "Circle of Winners" to the weekly post.  If you win in a given week, you will get your name on the list of winners.  Below are the extra goodies:  the circle of winners, weekly scoreboard and the next caption.  Give me some good ones ladies and gentlemen.

Mark Clayton and Sam Bradford mulling over their game against the Raiders: 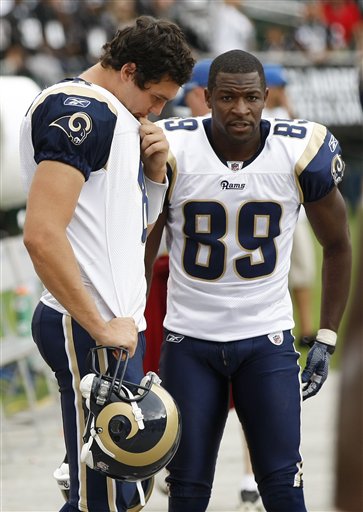