Breakdown after the jump.

For game-related info, check out the SBN page for the game.  For Redskins news leading up the game, check out Hogs Haven.
Conventional stats are taken from Yahoo! Sports, NFL.com.  Feel free to suggest other statistics you would like to see included.

On its face, this would seem to be a good opportunity for the Rams to exploit, but bear in mind the Skins have faced the Cowboys and Texans in their first two games.  Not exactly two passing attacks bereft of talent.  It should be interesting to see how D'Angelo Hall comes out after his reaction to the loss to the Texans, and by extension, how Philip Buchanon is used.

On the Rams side, how much longer is the Bradford-Clayton connection going to work until defenses start putting that combination into their gameplans?  And is Laurent Robinson going to show up this season?  For the Fendi Onobun fans, just breathe.  But don't hyperventilate.

Well, the stats tell one hell of a tale.  If the Rams are going to have any chance at winning, IMO, here's where it has to happen.  Field position, clock control, and defensive exhaustion - this has to be Steven Jackson's first highlight game of the season.  It's going to be tough.  Washington has done a great job at containing not just the Cowboys' stable of runners, but Adrian Foster who blew up Indianapolis in week 1.

Of the two ex-Rams, London Fletcher intrigues me the last, mainly because we know what he does week in, week out.  It's Adam Carriker that I'll be most interested in watching.  Carriker left St. Louis having accomplished...uh...he was able to succesfully...the, uh...he was on the Rams for a while.  There.

Once upon a time there was a guy named Albert Haynesworth.  ESPN loved to talk about him.  But they didn't talk about Brian Orakpo.  And that made 3k sad, because Orakpo was good at football, and 3k likes good football players.  Unless they play for San Francisco or Seattle or Dallas or New England.  And others.  Again, Adam Carriker.  If he gets injured in his one game at the EJD, irony itself will implode.  And pray for our O-line, even if you pray to the Flying Spaghetti Monster.

How much of this is Donovan McNabb?  The Skins' offense has posted a solid completion rate, and well above average yardage totals, but only 1 TD.  Is the proper analysis that McNabb can be effective when he has a full field to work with but struggles in the red zone without stronger receiving options?  Regardless, Donovan is, and has always been, a difficult QB to defend against, and his lack of an INT attests to that.

For the Rams, watch the CB rotation.  Bartell and Fletcher have played well this season, but who will be along for the ride with them?  Jerome Murphy (who picked off Gradkowski last weekend)?  Does Kevin Dockery endear himself to the Ram faithful this week?  The reality is that a secondary is made up of more than a pair or a trio of playmakers.  That reality will be on full display on Sunday.

The Rams have to win this battle.  Both of these units have been dismal.  If the Redskins pull the yardage out of their rushing game they have been unable to thus far, I just don't see how the Rams win this game, barring a huge play or two...or five.  Honestly, I think this is a game where Larry Grant has to make his name known.  Lay someone out, and set the tone early.  If we want to win this game, we have to contain Washington's runs.

Here's the shortest of the write-ups: if the D-line can't get sufficient penetration on their own, it's going to be tough.  Without Trent Williams, this becomes a manageable situation.  The question is whether Flajole employs the blitz packages that we saw in week 1, or the coverage schemes of week 2.  If it's the latter, the Rams' D-line has to win here, and it's that much tougher not knowing who is going to play where on Washington's O-line.

This week's top 3 storylines brought to you by the best NFL prospects from the Disney channel (I'm sorry, but with a 1-year old daughter, it's football and this, and this has been winning): 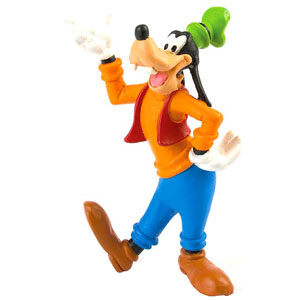 Goofy (age unknown, family background ambiguous, measurables unverified) is an interesting prospect.  He's got sizeable hands, though determining the maker of his gloves has proven difficult.  His balance is questionable, but he's displayed greater physicality and willingness than many of his peers.  He does possess a unique intelligence and strong determinism, showing off his ability to hook up his entertainment system for football research purposes.  A serious difference maker. 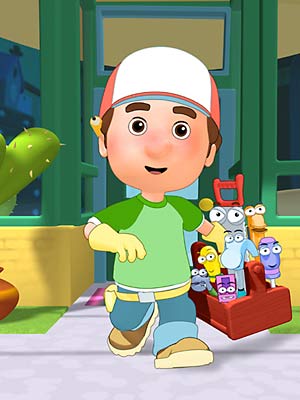 Handy Manny displays an unusual frame, in that his legs are one third the length of his upper torso, and more than 75% of his body weight rests in his gigantic head.  However, he has proven to be relatively injury-proof.  There are questions as to whether he can succeed without the help of his living power tools.  Few prospects, though, are as focused as Handy.  Or Mr. Manny.  The NCAA needs to deal with these name issues. 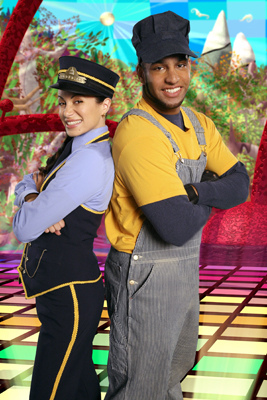 DC is already well known, having served as the mascot for both the San Francisco 49ers of the NFL and the NBA's Golden State Warriors (this is true).  He's also known for snazzy overalls (obviously true).  Despite his flamboyant, outlandish style (jealous much, Dhani Jones?), Abramson limits his communication to his, uh, teammate to  as few words as possible, often opting for just a "Oh, yeah!", or a "Uh huh."  Yet, it may be his "get to the point-ism" that has endeared him to a large following.  Keep an eye on this versatile playmaker.  "Oh, yeah!"