Hello once again my fine friends!  The first week of the Turf Show Times' Thursday Caption Contest was a success with almost 40 unique submissions, while the Rams' game last Sunday was a mixture of success (Sam Bradford, Mark Clayton, the defense) and disappointment (losing, Mark Clayton, and the linebackers).  Thanks everyone for participating and I hope we keep it going.  If you have a good name for the caption contest, let me know.

Our winner for the first week of the contest is GreetingsADM!

The winning caption? This Carpenter was also crucified

Below are the extra goodies:  the weekly scoreboard and the next caption.  Give me some good ones ladies and gentlemen!

A nice photo of Professor Jackson taking the Cardinals defense for a (literal) field trip towards their end zone: 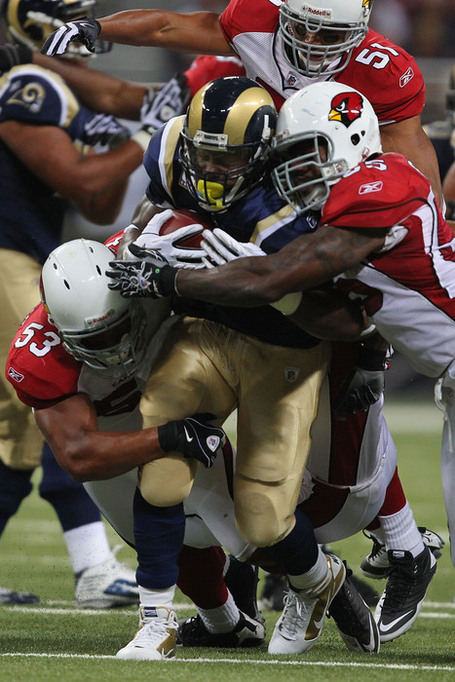