It's been a busy, busy time over here in D.C., the land of greasy Five Guys burgers and even greasier politicians.  Accordingly, I pushed this week's caption contest back until after the football week.  Can't promise I will always post on Tuesdays, so make sure to check out the main Turf Show Times page to get a head start on each week's contest!

Our winner for Week 4 of the contest is 3k!

The winning caption, which set a season high number of votes for the TST Caption Contest, can be found in the featured photo to the left.

The next photo to be captioned features Nate Burleson having a temporary freakout: 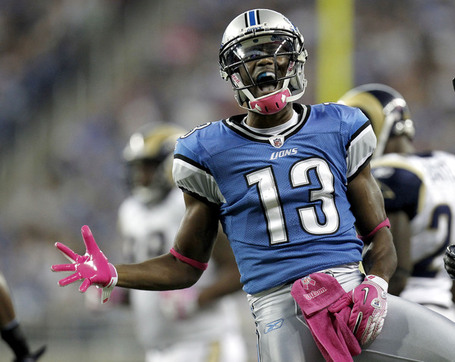